Clara Jane Hendrickson | Let them do their job 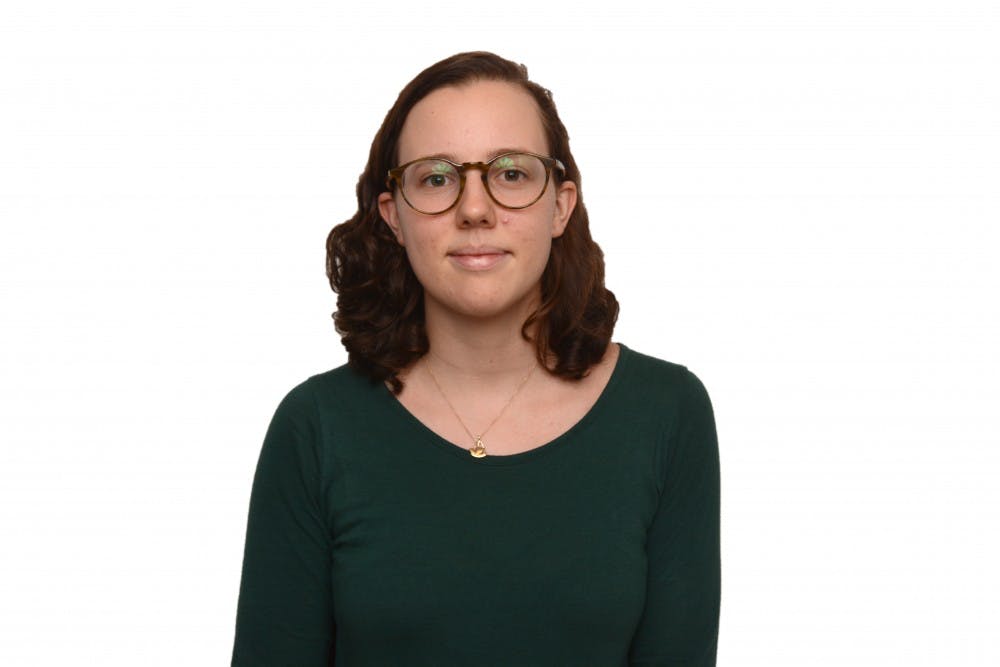 If Pennsylvania House Bill 262 becomes law, employees of adult entertainment establishments will have to pay $50 to register with the state, including a copy of photo ID, personal criminal history, eye color, hair color, stage names, height, weight, personal address and phone number. This database would be accessible by law enforcement. In addition, the bill would ban alcohol and private rooms from strip clubs.

The extensive regulations that would be put in place in strips clubs and on its employees only serves to threaten the financial well-being of those employed in the one of the only industries where women make more money than men.

When talking about women who work in the sex industry, discussions often focus on whether or not such employment is empowering for the women who choose to work in this industry or if it is nothing but the gross cultural practice of exploiting the female body for male pleasure. While such a conversation is ideologically significant, it too often serves to siphon off, or ignore altogether, that gender issues are related to the economic realities facing women who work in this industry.

The bill was introduced ostensibly to help sex trafficking victims. While combating sex trafficking is not mutually exclusive with supporting consenting employees’ efforts to improve working conditions, the reality is that the vast majority of sex industry employees in Pennsylvania are not trafficked. Too often, the focus and momentum surrounding efforts to protect sex trafficking victims detracts from other serious challenges facing dancers in the industry, such as police and customer harassment.

For example, last summer, 30 dancers in San Diego filed a lawsuit against the city and its police chief after officers raided clubs, detaining dancers and forcing them to pose for photos in an effort to enforce a similar piece of sex trafficking legislation. In 1997, dancers at Lusty Lady in San Francisco opposed the club’s booths made of one-way glass where customers regularly took videos for pornographic purposes without the dancers’ consent. The dancers ran, what is believed to be, the first successful union organizing drive in the sex industry in the country. Represented by Service Employees International Union Local 790: The Exotic Dancers Union, dancers won a pay-raise system, sick leave, vacation and holidays.

The people who proclaim interest in protecting women in this industry should be, first and foremost, supportive of the economic demands of dancers before creating legislation in a vacuum under the guise of protecting women in the industry. The House Bill 262 has been criticized for not consulting any dancers, with the bill’s sponsor Representative Matt Baker bragging that he had never been to a strip club. Brandon McGinley, director of strategic initiatives at the Pennsylvania Family Institute helped draft the legislation. When asked if any strippers were consulted during the bill’s drafting, McGinley responded, “Not as far as I know.” In an effort to create sound public policy, we regularly expect stakeholders to be consulted. Why should this time be any different?

Sex trafficking often gets conflated to means all the work in this industry, but the sex industry, like every other, has its horrendous extremes. Toorjo Ghose, a Penn Social Policy & Practice professor who researches sex worker mobilization, stated, “it is pretty obvious that this move to require registration is just part of a greater movement to surveil poor people and subject them to a level of surveillance the rich don’t have to comply with under the idea of public safety. If we’re really interested in their health, we would end the police and customer harassment these dancers face. Instead, sex workers are portrayed as risky people who endanger the rich.”

It’s not surprising, given that mainstream feminist understandings of the sex industry predominantly feature the narratives in books like Nicholas Kristof’s and Sheryl WuDunn’s “Half the Sky.” This book features stories of young girls from developing countries who are survivors of sex trafficking, and makes the choice to feature gender violence under the umbrella of feminism rather than wage discrimination and workplace conditions — which are not seen as explicitly gendered. The justification for deepened measures to end sex trafficking often results in efforts that harm rather than help many women in the industry and positions the fight against gender violence antagonistically to workers’ financial well-being.

CLARA JANE HENDRICKSON is a College senior from San Francisco studying political science. Her email address is clara@sas.upenn.edu. “Leftovers” appears every other Thursday.