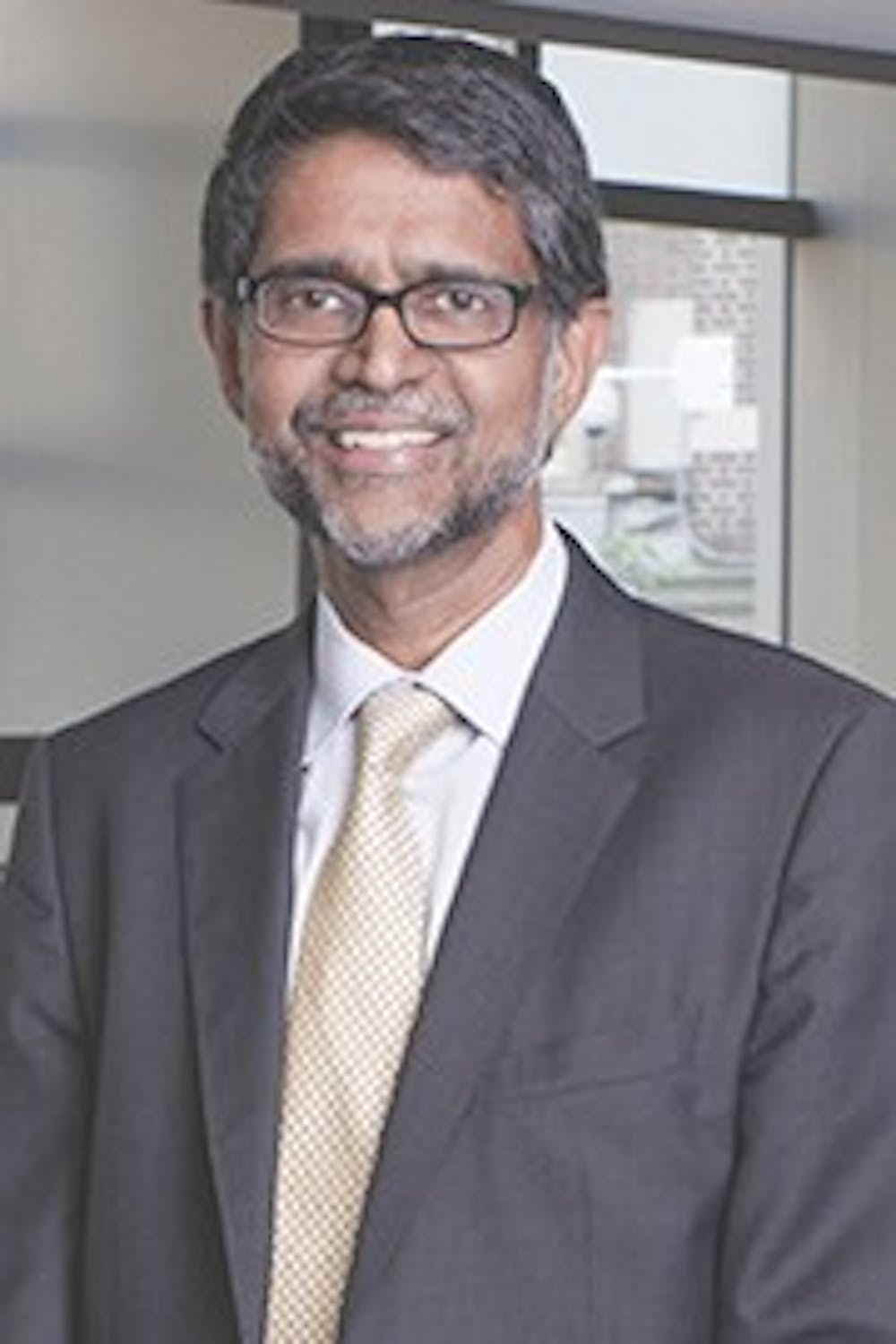 A flying robot whizzes onto stage and soars out high above the audience.

Then, Dean of the School of Engineering and Applied Science Vijay Kumar begins to speak. His TED talks, which both detail his work on drones and discuss the future of flying robots, have garnered countless  views — the first talk having reached nearly 4 million views on the TED website.

And now, he'll be introducing TEDxPenn, a local incarnation of the conference independently organized by the university that Kumar himself has participated in, in addition to national talks. The conference, which is scheduled for April 10, will take place in the Annenberg Center for the Performing Arts at 10 a.m. and will feature 13 speakers who are innovative leaders in fields ranging from art to bioengineering.

Wharton and Engineering senior Deep Kapur, curator of TEDxPenn, said the reason Kumar’s talks are so popular is his ingenious ways of making drones more useful to society. In his first talk, he gave more background on his research at the General Robotics, Automation, Sensing and Perception Laboratory and his work with flying quadrotor robots, while in his second talk he went into more detail on the niche subject of swarm robotics.

Swarm robotics focuses on small drones moving together in a coordinated fashion — almost like a small battalion — and working together to accomplish various tasks. In one video presented during the talk, the robots were able to work together to play the James Bond theme on instruments.

But the robots can do much more than just entertaining tricks. Swarm robotics is extremely helpful in fields like agriculture, goods transportation, and even disaster relief. Kumar has even received funding from the Department of Defense to research the potential use of autonomous drones in navigating environments that humans cannot physically see or access themselves, such as the inside of collapsed buildings.

“He’s able to not only talk about drone technology and how it impacts the future and us but also explain what the most recent cutting edge research has been," Kapur said. "And I think a lot of people [listening] whether they’re excited or worried by drone tech will be able to better understand what the advancements and challenges the field has faced."

He added that having a live demonstration of the drones added to the audience’s experience to connect to the subject.

Speakers for TEDxPenn are chosen through a selective process via a nomination form. Potential speakers are also scouted and chosen by members of the committee who think their work is interesting and innovative. The national organization has a similar process for choosing speakers and also invites popular speakers from local TEDx events to speak nationally as well.

In his opening speech, instead of focusing on his research, Kumar will be sharing more of his personal experiences as well. Kapur highlighted that as someone who has spoken at both the national TED conference and TEDxPenn, Kumar will be an excellent speaker who will be able to connect with the audience. Kapur added that the organization is excited to have Kumar lead the conference.

“His talk last year was really exciting to set up and to see and it was really fun to see what the final product looked like, especially because he brought in a demo and had robots coming in and flying on stage as he talked about them,” Kapur said. “It feels very real when you see that, especially when it’s such a heavily talked about field… to have someone tell you what exactly the situation looks like, what the limitations are, and what they’re able to do today as well."