Cameron Dichter | Students versus the Board of Trustees

Real Talk | How divestment guidelines are stacked against students 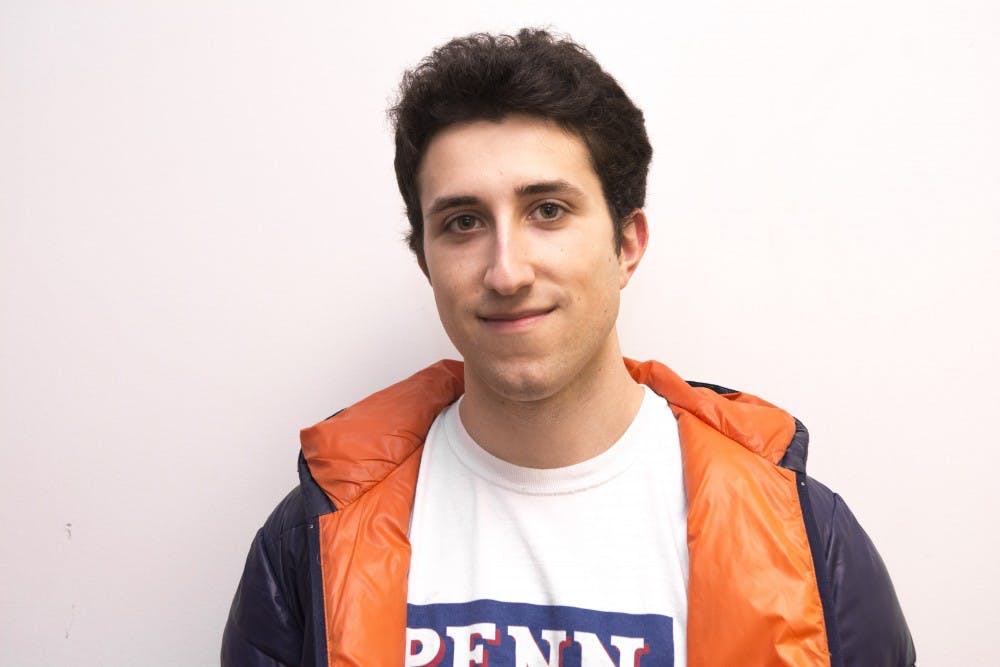 Given the rapid pace of climate change, bringing an end to global warming may seem like an impossible task. But in the debate over climate change at Penn, students face another seemingly insurmountable hurdle; that is, convincing the trustees who control Penn’s endowment to divest from fossil fuels. In order for divestment to occur, the proposal put forward by Penn Fossil Free must satisfy stringent guidelines and pass through four different committees.

Currently the proposal is being vetted by an ad hoc advisory committee composed of Penn students, staff, alumni and faculty. Each committee must decide whether the proposal fulfills the guidelines set forward by the Board of Trustees in 2013, which includes providing evidence that the companies in question are linked to a “moral evil” and that divesting from said companies won’t interfere with the Trustees’ “fiduciary status.” That is to say, checking whether divesting will not hurt the Board’s bottom line.

What’s interesting, though, is that much of the language in the guidelines seems implicitly directed at limiting the ability of Penn students to advocate for divestment. Even if a divestment proposal won’t hurt Penn’s endowment — which Fossil Free Penn’s proposal likely won’t — it still has to surmount alternative options and the companies in question must qualify as “morally evil.”

The phrase “moral evil” may seem vague, but that’s because it’s supposed to be. Ultimately, the trustees have the right to interpret their own “guidelines and the University interest as broadly or narrowly as they see fit.” This proved to be the difference-maker in 2014 when the trustees decided not to divest from Big Tobacco because the operations of tobacco companies did not qualify as “morally evil.”

Sanders, Trump and the threat of Democracy

The guidelines also state that divestments should not be made in the hope of making any kind of political statement. This is of course a primary goal of the Fossil Free movement — creating a stigma around the use and support of fossil fuels. Ultimately this guideline in particular seems designed to hinder any divestment proposal, which is interesting given that it was adopted in December 2013, a while after Penn alumna Sara Allen gave a speech in February 2013 advocating for fossil fuel divestment.

The idea that divestments should be apolitical is not only limiting but also inherently naive. How can we expect an endowment that invests in multi-billion dollar companies — which then spend vast amounts on lobbying — to ever be apolitical? Penn does not exist in a vacuum and the trustees on Penn’s Board don’t either.

Executive Vice President of Comcast and Chair of Penn’s Board of Trustees David L. Cohen has personally selected the members of the ad hoc advisory committee who are currently vetting Fossil Free’s divestment proposal. Cohen is also a good friend of former Pennsylvania Gov. Ed Rendell (Cohen served as his chief of staff), who has recently been promoting a plan to turn Philadelphia into a fossil fuel energy hub. All of this to say that although the primary focus of the trustees is to make money with the endowment, the political ramifications of divesting and investing should not be overlooked.

As Cohen said in his “Statement Regarding the Trustee’s Position on Tobacco Divestment,” the goal of the investments is to “maximize the resources of the University in support of its primary mission of teaching, research and clinical care.” But if Penn spends its time teaching about the disastrous effects of climate change, researching ways to stop it, and treating people in this country and abroad who have been harmed by its results, doesn’t it seem counterproductive to be investing in the companies that are causing the problem?

And if the job of the Board is to provide the necessary resources for Penn to enact its mission, shouldn’t the board also advocate for that mission through its investments?

The way the system is currently set up, Penn students, faculty and staff have little say in how the Board of Trustees decides to invest the endowment. Even if the students, staff and faculty on the ad hoc committee recommend that the Board divest, that recommendation still has to be considered by a Trustee Subcommittee on Divestment who will then make a recommendation to the Executive Committee of Trustees and each of these committees must follow the same arduous guidelines.

Currently, the voices of Penn’s students, staff and faculty are being drowned out by those on the Board. But if the Trustees continue to deny divestment proposals, I suspect the voices of students will only grow louder.

Cameron Dichter is a College sophomore from Philadelphia, studying English. His email address is camd@sas.upenn.edu. “Real Talk” usually appears every other Monday.