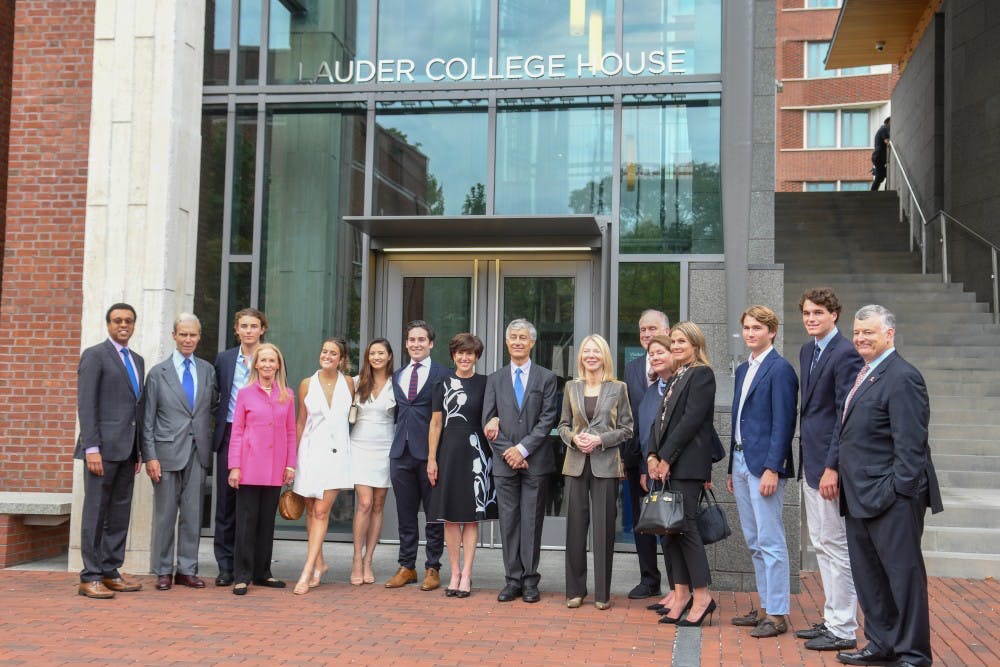 NCH Faculty Director and Classical Studies professor Cam Grey gave an overview of the dorm's history and motto. Afterwards, Penn President Amy Gutmann revealed the name at the event celebrating the first cohort of fourth-year residents in NCH's Heyman Courtyard. Two generations of the Lauder family, William and Ronald Lauder, stood beside Gutmann on the temporary stage, where together they pulled down the drapes to a plaque displaying the dorm's new name. Later, 2019 College graduate Joshua Lauder joined the three on stage at the reveal.

NCH opened in fall 2016 after nearly three years of construction and $127 million in costs. The 198,000 square foot dorm is a four-year house, but was restricted to freshmen during its first year open to residents. NCH was the first college house constructed at Penn in over 40 years, and was approved by the Board of Trustees in September 2013.