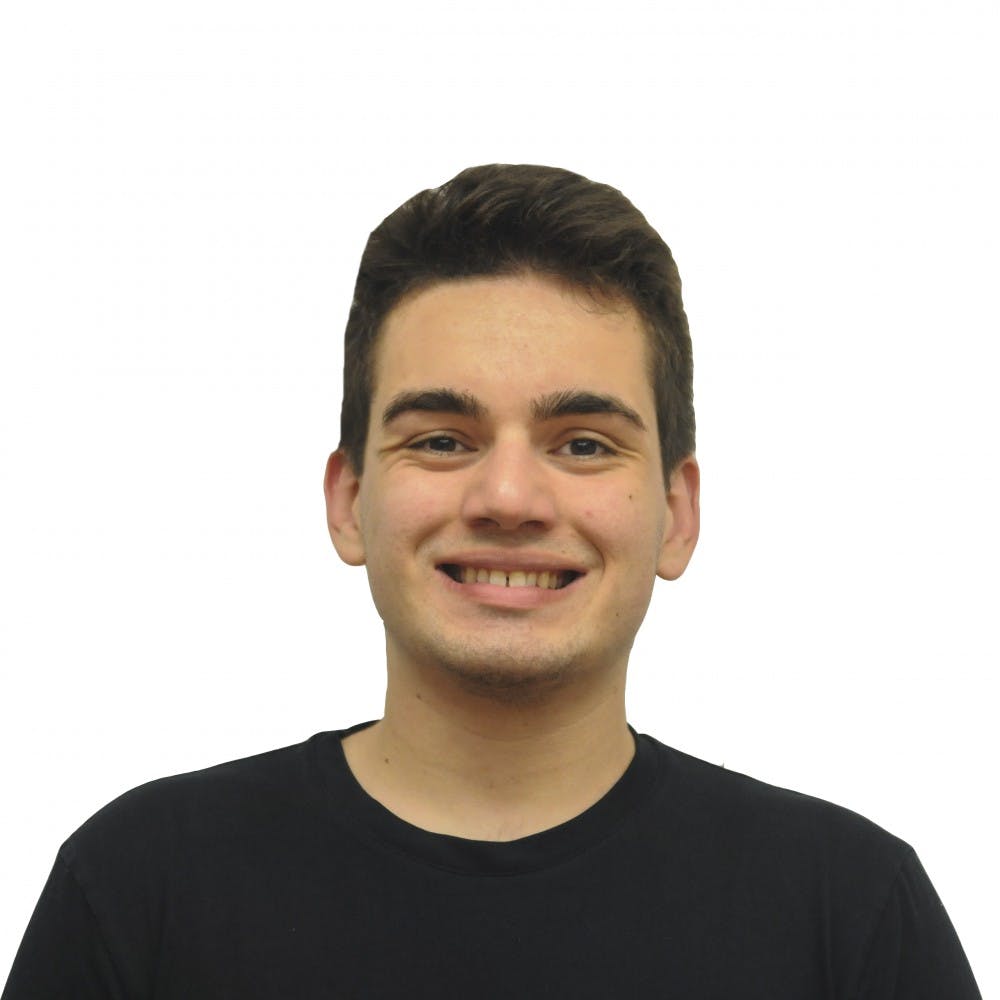 The one other time I wrote about my experience as the “DP Guy,” I mentioned that I grew up listening to The Clash. That same semester, I said “nice shirt” on the Compass to a girl with a London Calling shirt on. I didn’t remember that happening — until she told me the story after we had dated for two months.

The semester after the shirt comment, she would pass me at the Compass every morning. We developed a little rapport — she was often reading books while walking down Locust, so I would ask her what the book was about. “Death.” “Nice,” I would answer back. She would giggle and I would smile. Once she was behind me I would give myself a little fist pump.

I didn’t always have something clever to say, though. I would see her walking from the distance and my head would start racing. What’s she wearing? Is the weather interesting? When is it ever interesting to talk about the weather? Get your shit together, man! I would always have something to blurt out. Sometimes it wasn’t my best work, but hey, we all have our moments, right?

This isn’t a Nicholas Sparks novel — Nick, if you want the idea, we can talk numbers — so I won’t go on about this little Compass romance forever. After all, it was only one of many recurring interactions — probably close to 2,000 a day — I had out there every morning. Being the “DP Guy” has been my most recognizable feature for most of my Penn experience, whether in class, at a party, at Smokes, on Tinder or on the Penn meme page. I can’t remember the last time I met a new person who didn’t say something along the lines of “Hey, don’t you hand out the DP?” no later than ten minutes into the conversation. And I wouldn’t have it any other way.

Not all of those interactions were with my classmates, either. I became a part of the morning routine of Wharton Ops staffers, homeless people, neighborhood grandmothers, construction workers and popular Econ professor Rebecca Stein. Often from the Penn undergraduate perspective, we’re too caught up in our own little world to consider the larger Penn universe and the different people who make that up. And that’s not too surprising — after all, the vast majority of Penn undergrads went through their adolescence dominating academics and extracurriculars, while at the same time looking over their shoulders, comparing themselves and their test scores for the college application game.

It’s no wonder we end up being such self-obsessed people — and not to beat a dead horse, but the competitiveness of nearly every realm of the Penn experience only amplifies that feeling. Being on the Compass helped me realize that this campus, and the community, is bigger than me, and some of the sillier barriers we build between each other on Penn’s campus — arbitrary Greek associations, “scenes,” campus groups — don’t mean shit in the grand scheme of things. And they definitely don’t contribute to true happiness, either.

So if I can leave you all with anything, it’s to reconsider how you value yourself on this campus. A lot is said about finding a “home” on campus — and I’m lucky enough to have a few different communities I could look to in that light, the DP included. But what I’m most thankful for is the opportunity to just be myself. That goofy, music-blasting dude on the Compass is the closest version of the real me I was able to give to Penn, and I think that’s because I was forced to knock down all those imaginary walls we tend to build between each other here. Once I realized how happy that made me feel, I tried to do that all the time — not just when I was on the clock — and in a weird, roundabout way, I came to love the place that I f*****g hated for my first two years.

My mission for all of you sticking around after May is to find that thing that really makes you happy, no matter how small or trivial it seems, or how useless it is on a résumé. Take that happiness and apply it to the other realms of your life. Who knows — maybe you’ll score a date with the girl with the London Calling shirt.

MARK PARASKEVAS is a College senior, studying history, consumer psychology and Hispanic studies. He served as circulation manager on the 132nd board. Previously, he was a 34th Street music editor, music beat, word on the street editor, marketing director, copy editor, supplemental features editor and a DP internal consulting staffer.