Whitlatch logs career-best 19 on the road

So went the end of an closely fought game for Penn women’s basketball at Dartmouth on Saturday night with less than a minute left before the Quakers capped off a 56-41 win in Hanover.

For the second time this year, a power outage interrupted a Penn athletic competition, following a similar outage at Rhodes Field for women's soccer in the fall.

“We couldn’t see each other, so we had no idea what was going on! It’s a memory that we’ll always have once we’re graduated,” sophomore Lauren Whitlatch said following a career-best 19-point performance.

“It also helped to lighten the mood, because we were so serious and intense when we were playing, and it gave us a good end to a good weekend.”

Despite the fourth quarter outage, the Quakers (16-3, 5-0 Ivy) enjoyed an electrifying game against the Big Green (7-15, 2-4) that was far from decided in the early going.

The hosts came surging out of the gates with a smash-mouth defense and a fluid attack, forcing the Red and Blue to play catch-up for the first quarter. Once the visitors took the lead in the second, though, they never relinquished it.

“We kind of started off slow,” Whitlatch said, “but we stayed composed when we had bumps in the road, and that’s what showed our character. We really had to perform our best to get the win.”

As Penn started to seize control of the game, it was the sophomore guard who led much of the charge.

“They got off to a nice start, they were up 7-0, but then Lauren hit a big three to make it 7-3,” coach Mike McLaughlin said. And that shot really got the team going.

After bringing Dartmouth’s lead down to a few points at the end of the first quarter, the Red and Blue started the next with a 10-0 run that allowed the team to take the lead which they kept for the rest of the game. Accompanied by a tenacious Michelle Nwokedi, a harrying Anna Ross and a now-expected double-double from Sydney Stipanovich, Whitlatch found her groove and lit up the floor.

“She had a lot of guts,” McLaughlin said of Whitlatch. “She had a great weekend, and she’s developing into a really, really great player. I love her composure, and I love her competitiveness. She’s the ultimate teammate. It’s nice when that gets rewarded.”

The sophomore from Bloomington, Ind., was quick to deflect personal praise, though.

“Everyone on the team has their role, and we just try to help each other every possession,” she explained. “What Coach does a great job with is giving each one of us the confidence to keep playing through the bumps.

"As my role, I have to keep playing, but the same goes with our point guards all the way to the people down low. We just have to keep doing what we do best, and we’ll get good outcomes with that.”

What became apparent as the second half began, with the Quakers up by just one point, was that McLaughlin instilled within each player’s role a much higher degree of intensity. His athletes showed an offensive grit not present in the first half. After some dazzling displays of ball movement and fast-paced attack, the visitors left the Big Green in the dust, where they would languish for the rest of the game.

“Especially with Ivy League, it’s kind of our second season,” Whitlatch said. “So we’re coming out with a tougher mentality, because every game is so important.

"I think our seniors have done a really great job telling us that every game is basically a championship game, and that you have to treat each one just as important as the one before. Our team has come out with that whole tough, ready-to-play mentality, which has been great, because we’ve been able to see good outcomes from that.”

Indeed, standing at the summit of the Ancient Eight with a perfect 5-0 start, the Red and Blue have sparked on a good title race for the Ivy hardware. Now that the team is exclusively in league play, the only worry McLaughlin might have is a fear of burnout.

“This is a process that we’re gonna be in for the next few weeks,” he said. “And I want them to enjoy it.”

Next week in particular, Penn will have a chance to steal the limelight when they play currently second-place Cornell next Saturday in the Palestra.

Despite the seemingly-high stakes, though, the coach shrugged off the notion of pressure over the game.

“I’m not looking at other teams’ records,” he said. “We’re going to play and compete. At the end, the standings will be what they are, but we’re going to play each game like it’s the most important one, and we’ll see how it goes.”

Now back on home turf, McLaughlin will be hoping his squad can deliver another set of lights-out performances — just, this time, in a figurative sense. 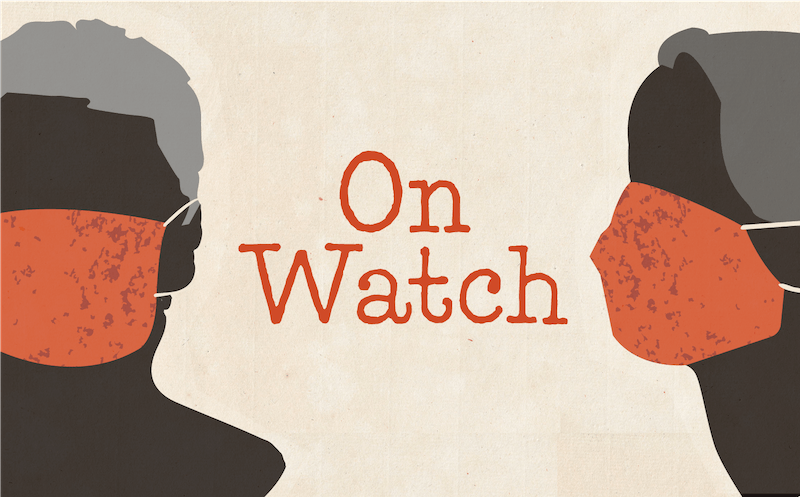 Despite no cases at Penn, U. is monitoring coronavirus and contacting susceptible students