Death, Taxes, and Tony Romo Injuries | On top of the (sprint football) world 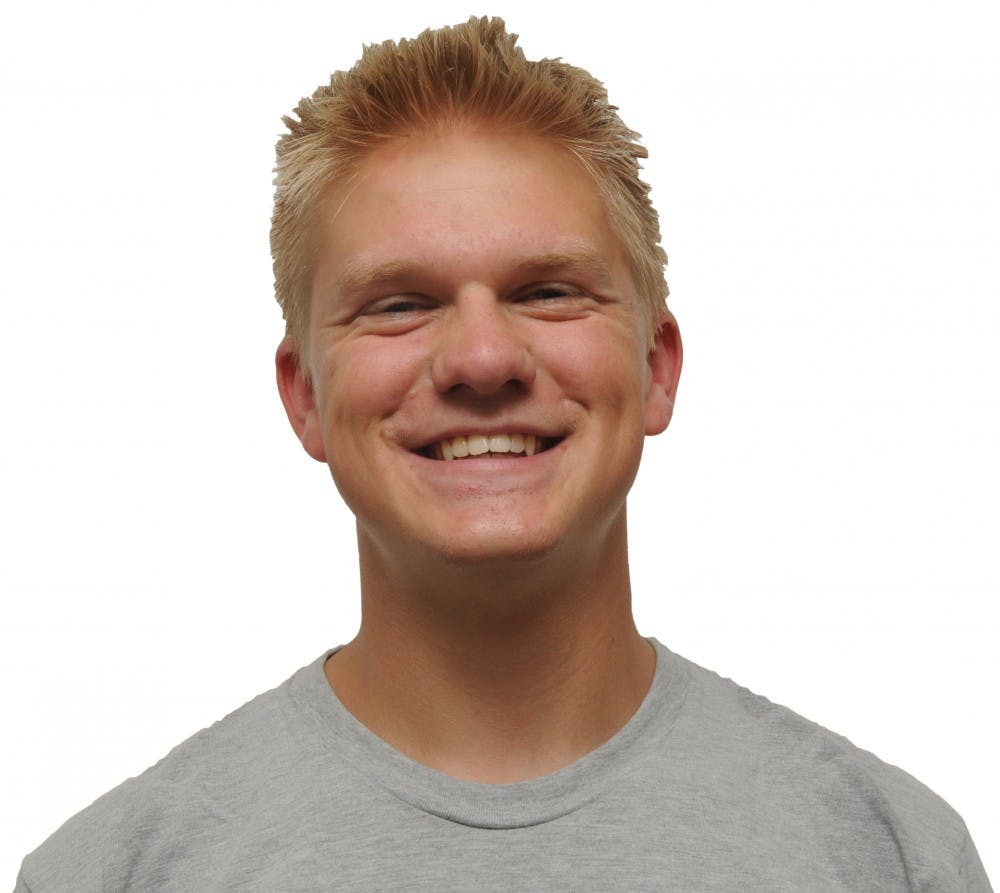 I have never won anything in my entire life.

Let’s back up a second. First, some background: This loser is a back up quarterback for Penn sprint football. I have been playing organized team sports since I was in third grade and never have I ever won a championship.

On Friday, in what I am convinced is one of the craziest games in the history of football, let alone been a part of, Penn sprint football clinched its first CSFL championship since 2010 and has a chance to finish just the second undefeated season in program history.

Now, back to me, the loser.

DiGregorio | At the heart of perseverance as a Penn athlete

I’ve thought about the moment since I got into Penn, and more generally, since I started playing sports. Rushing of the field. The dog pile. The tears. The embraces. All of it. The scene played over and over in my head for years, awaiting realization, never far from focus.

I thought that moment, “the moment,” would vindicate all the work I’ve put in since I started playing Pop Warner. Hours watching film. Days in the weight room before school, after work, or whenever I could fit it in. Months on the practice field through high school and my three years in college. Begging my friends to catch balls for me in the mornings and on the weekends in the summer. All of it, I thought, would be worth it if I could just win a championship; if, for just once in my athletic life, I could be a winner.

Then, on Friday night, after two overtimes and a game we never led in, after years of losing seasons, the game ends. The field is rushed. The pile is made. Tears are shed. Embraces shared. Excitement wasn’t palpable- it was inescapable.

After the excitement of the game wore off, it was impossible to not reflect on my career and where this moment fit into my narrative. I couldn’t help but think about this idea I had created for myself, this moment of self realization and vindication for all the time, all the work and all the struggles I had endured to make it to the moment.

But it didn’t. I didn’t feel any of that and it turned out to be maybe the most satisfying part of the win for me.

The win didn’t vindicate the process because, looking at where I am now, the process itself would have been worth it without the win. The process itself is really what makes athletics so valuable: seeking out, becoming passionate about, committing to, and working towards a goal.

This process, along with achieving that goal is just like the arc of one’s life. Of course you poop yourself, learn to talk, write, and socialize for about 16 years before this process starts, but once it starts it never stops.

Once the process starts, you start realizing life is a team game, and you’re going to need some teammates. Just like in sports, you try to surround yourself with the best people you can to be the best you can be and the group as a whole can be the best it can be.

But, to quote Sam Hinkie, trust the process. Before you can relentlessly pursue excellence, you have to learn how. That involves failure, frustration, and plenty of doubt. But, at the wise old age of 21, the process has taught me that if you work hard, and constantly make every effort to do the right thing with respect to that goal, you’re going to be just fine.

Football taught me how to work, how to compete, how to lead, and, in a very real way, how to love. Football has brought me some of the best friends, memories, and relationships in my life. To say that, without this championship, my life in football has been a failure would be a lie. Winning is great. Winning on Friday was one of the happiest moments of my life and I’ll remember it for the rest of my life. But, more than the ring, the stuff I picked up along the way was what made it all worth it.

Zack DiGregorio is a College junior from Princeton, N.J., and is a member of Penn sprint football. His column, Death, Taxes, and Tony Romo Injuries, runs every other Tuesday.