Talking Backward | This Banned Books Week, we should commit to protecting even the thought that we hate 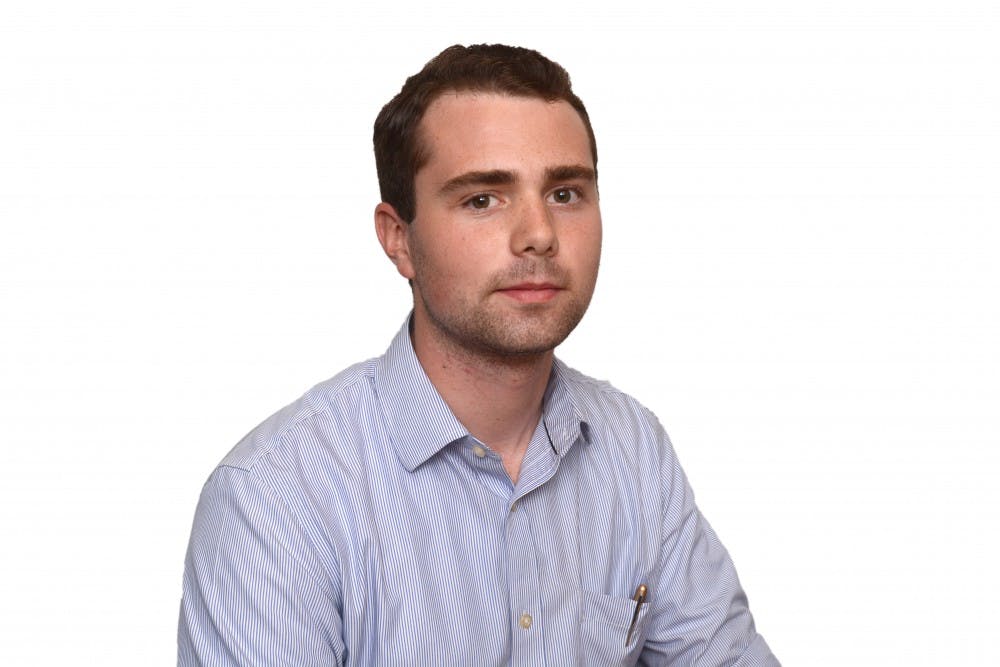 As The Daily Pennsylvanian reported last week, a group of students at Wesleyan College stole and destroyed a press run of the college’s student newspaper, The Wesleyan Argus. The destruction was purportedly a reaction to the publication of an op-ed critical of some Black Lives Matter activists. The writer — in surprisingly gentle terms, given the reaction — had argued that BLM rhetoric might encourage violence against police officers.

The group subsequently filed a petition with the Wesleyan Student Assembly, which partially funds the Argus, demanding the revocation of those funds and threatening to continue destroying press runs unless a number of racial diversity-related demands were met. In the petition, they complained that “[The Argus] neglects to provide a safe space for the voices of students of color.” The president of the Student Assembly (who happens to have been a high school classmate and student newspaper colleague of mine) eventually signed the petition herself, in a saddening display of conflict of interest and forgetfulness of her student newspaper past.

As an opinion writer who occasionally courts controversy myself, the newspaper’s response appalled me. The Argus promptly withdrew the article and issued a lengthy apology for having run a piece which some students found offensive. No defense was offered of the paper’s editorial independence or of the columnist’s right to express his opinion in a public forum.

To criticize a college newspaper for shutting out minority writers is a perfectly valid action in any sphere if one believes that it is occurring. It may be a valuable way to promote greater inclusion, and it is almost sure to provoke worthwhile discussion. To destroy its press runs and call for its defunding, however, is neither tolerant, nor inclusive, nor likely to promote justice of any kind. Rather, it is the indulgence of a base desire to exercise power, to limit and control the bounds of acceptable thought and expression. It does not advance, but in truth impedes, the production of the unique educational value that diversity, rightly understood, can create — the certainty that we as students will come into contact with opinions, facts and actions with which we are uncomfortable. For confronting that which gives discomfort, which disturbs and offends, and thereby discovering how to be content despite it is not merely productive of learning or incidental to it, it is learning itself. It is what we mean by the very word.

Luckily for me and my opinion page colleagues, The Daily Pennsylvanian does not accept any funding, student government or otherwise, from Penn, and so cannot be “defunded” for publishing material which offends. Last year, I was able to criticize SOUL without provoking demands for my dismissal or the article’s retraction. These are heartening indications that perhaps Penn students are somewhat less censorious, or perhaps simply less ideologically monolithic, than their counterparts at Wesleyan. It also speaks well of the DP that a wide range of political and ideological viewpoints are currently represented on the Opinion staff.

Such relative triumphs, however, do not mean that Penn students need not remain vigilant against threats to open expression on campus. Two weeks ago a pair of students ran a guest column in these pages announcing the creation of a “Greek Community Judicial Board” which, they said, would impose sanctions on Greek organizations for “cultural insensitivity” with the backing of the Office of Student Conduct. Luckily these claims turned out to be essentially untrue, but I was dismayed by the apparent willingness of the student body to accept the imposition of a policy so obviously contrary to the letter and spirit of the University’s vital commitments to open expression. In the time between the original “announcement” and the publication of the University’s disavowal, there was no protest, no outcry from the student body, but rather a collective silent shrug. Perhaps it was simply that nobody noticed, but I truly fear that nobody cared.

On the timeline of human history, the existence of a meaningful right to speak one’s mind barely registers as a blip; it has existed for less than 50 years in a single nation. It does not arise naturally or endure automatically; rather it must be fiercely fought for and closely guarded by those who would not see it extinguished. As students engaged in the pursuit of truth, we should all count ourselves among the ranks of its defenders.

ALEC WARD is a College junior from Washington, D.C., studying history. His email address is alecward@sas.upenn.edu. Follow him on Twitter @TalkBackWard. “Talking Backward” appears every other Wednesday.