Professor Spotlight: Economics and art need not be mutually exclusive 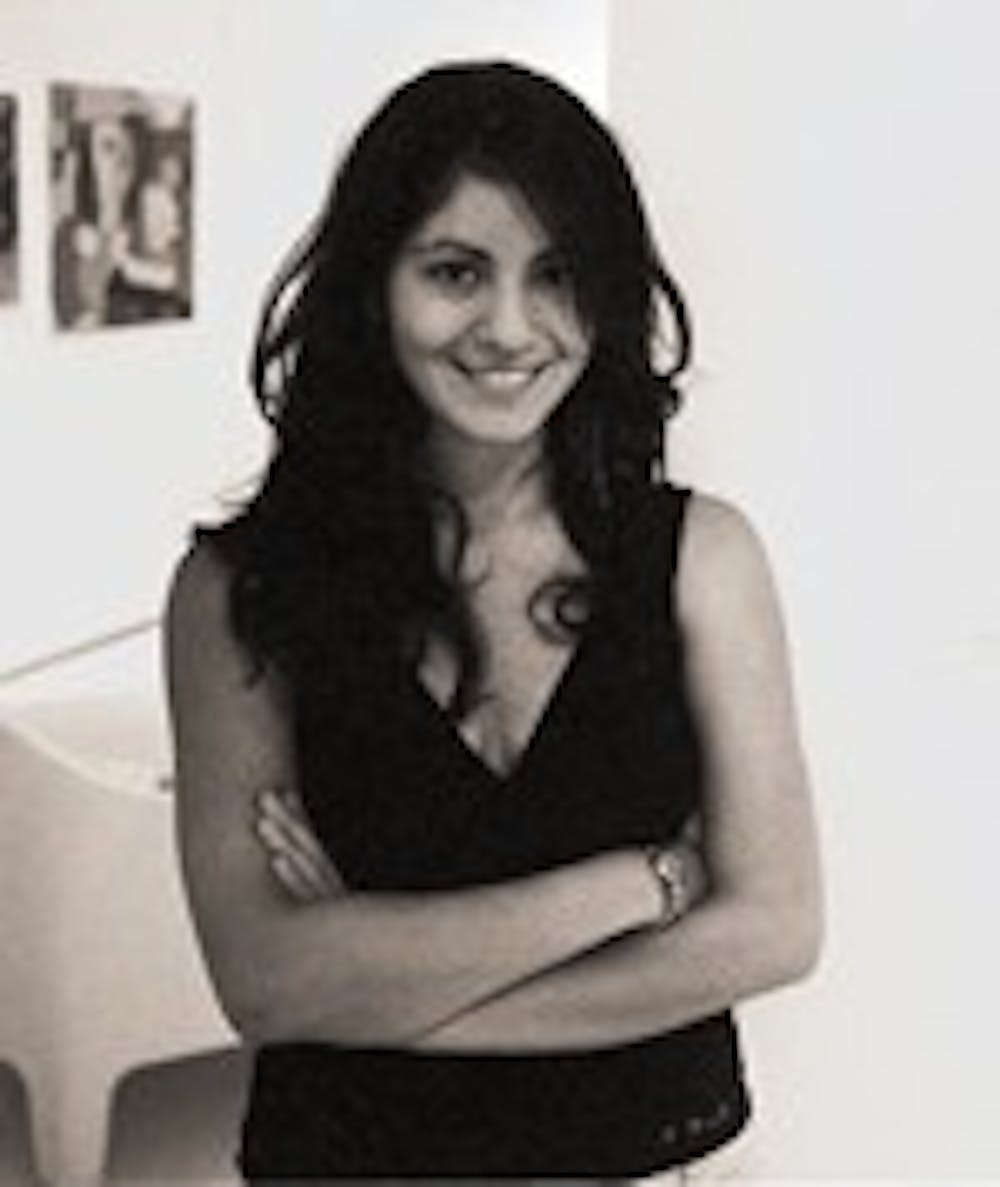 Inspired by her Turkish roots, one Penn professor found her niche at the intersection of two unlikely subjects.

Economics professor Gizem Saka teaches classes ranging from consumer behavior to labor economics at Penn — but she is also an award winning artist. Saka's work has been featured in more than 15 national and international shows from New York to Istanbul, while also appearing in collections worldwide.

Her dichotomous interests come together in a course she teaches at Harvard focused entirely on art markets. Saka views art not only as a commodity which can be bought and sold, but also as a reflection of the economic system surrounding its creation. For example, one might be able to look at a painting created during the Iron Curtain, when the Soviet Union attempted to block itself off from the west, and decipher when it was made, Saka said.

"Art and economics — or more generally, arts and sciences — are more similar than different," Saka said. "Both require a balance of discipline and creativity and [open mindedness]."

Saka attributes her interest in economics to her Turkish roots. Growing up in Turkey during a time when the inflation rate reached 80 percent, resulting in the production of a new currency, Saka understood the relevance of economics from an early age.

“Economics was everyday life for us — it was a part of every dinner conversation. So I wanted to understand it,” Saka said.

As for her love of art, Saka accredits her childhood in Istanbul.

“Every street is an artwork,” Saka said. Many of the artists from the seaside village where Saka lived provided lessons on weekends at her primary school. She also enjoyed spending time in her father's architectural studio.

“His studio was a playground: So many colorful pencils, objects and notebooks," Saka said. "I spent so much time drawing and painting.”

Saka stated that the lure of art lies in its ability to tell a story or a history. She herself draws inspiration from trips back to Istanbul and the blending of Eastern and Western styles. Currently, Saka is working on a new series of paintings called INK, which combines ancient Middle Eastern calligraphy with modern works of literature.

In regards to the art of teaching, Saka stated that the key to being a good professor is to strive to convey one’s love of her subjects to students and make material relevant to them.

“I'm very passionate about economics as a field, and art as a field," Saka said. “I always read from different sources, try to capture different points of view [and] in class, I try to bring these 'outside' readings or opinions to students.”