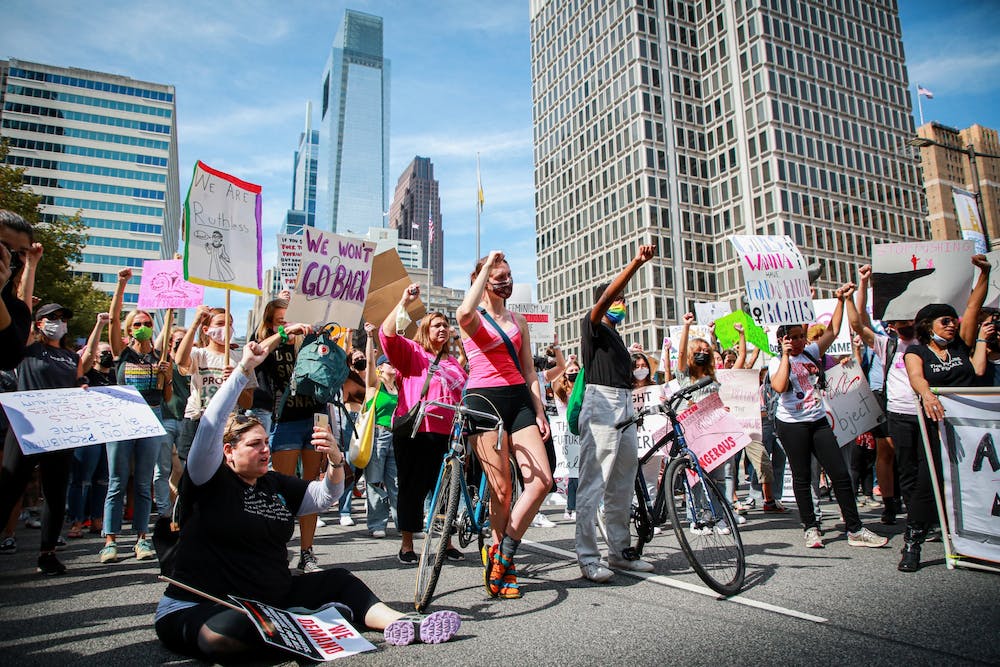 Across the nation, people gathered on Oct. 2 in support for reproductive rights as part of the Bans Off Our Bodies demonstration. The events, organized by Women's March, were held in response to the Supreme Court's Sept. 1 refusal to block a Texas law that prohibits most abortions.

The Philadelphia demonstration was organized by Benjamin Abella, a physician at Penn Medicine, and Kelly Kostelich, a therapist at Thomas Jefferson University Hospital. People began gathering at the Philadelphia Museum of Art at noon and marched down the Benjamin Franklin Parkway to City Hall, where they listened to keynote speeches by two City Council members, the cofounders of the Center for Reproductive Rights, and the interim executive director of Planned Parenthood Pa. Advocates. Other community members also spoke. Here's what the rally looked like.