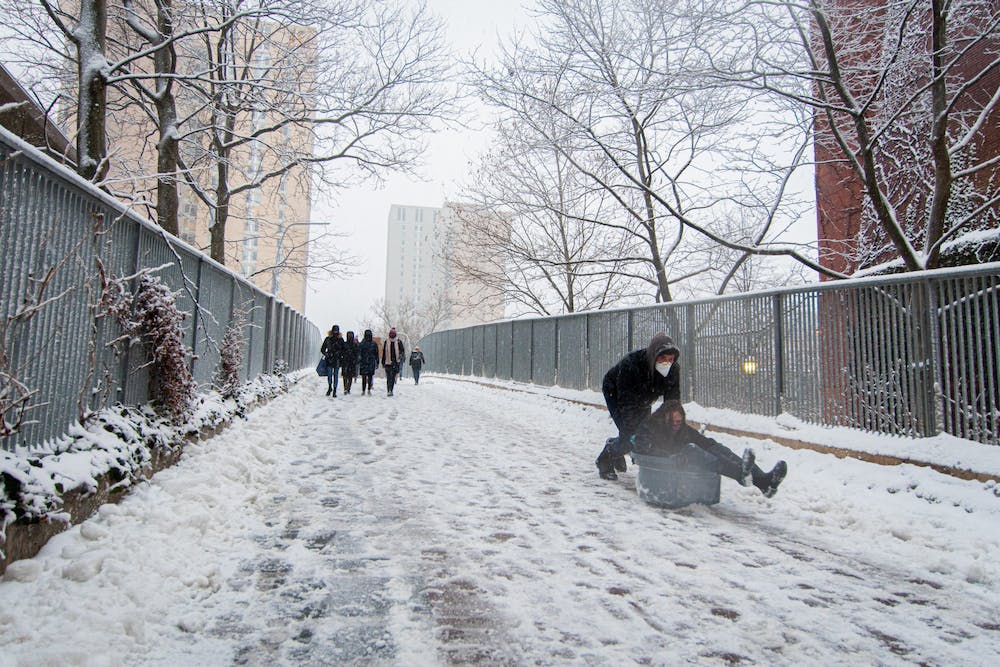 Most of the past 11 months have been spent inside. Online classes, remote work, and campus guidelines have confined many Penn students between four walls. And then, it snowed.

Winter Storm Orlena hit the East Coast from Jan. 31 to Feb. 2, bringing more snowfall to Philadelphia than all of last winter. While online classes were held as planned on the first two days of the storm — despite the University suspending on-campus operations — students still found the time to go outside with friends. From snowball fights to snowmen, here's what campus looked like.

The storm began on Jan. 31, quickly covering Locust Walk in a layer of snow.

About 3 inches of snow fell in Philadelphia by the end of the day on Jan. 31.

Snow in front of Huntsman Hall was cleared away on the morning of Feb. 1.

Many students took to high rise field throughout the day to have snowball fights and build snowmen, some of which towered 8-feet-tall.

A group of students built a snowman atop a Spikeball net, completing the sculpture with a scarf and mask.

The storm lightened during the afternoon.

Snowballs — and sometimes chunks of snow — hurtled through the air, targeted toward friends and strangers alike.

Snow continued to fall throughout the night and into Tuesday.