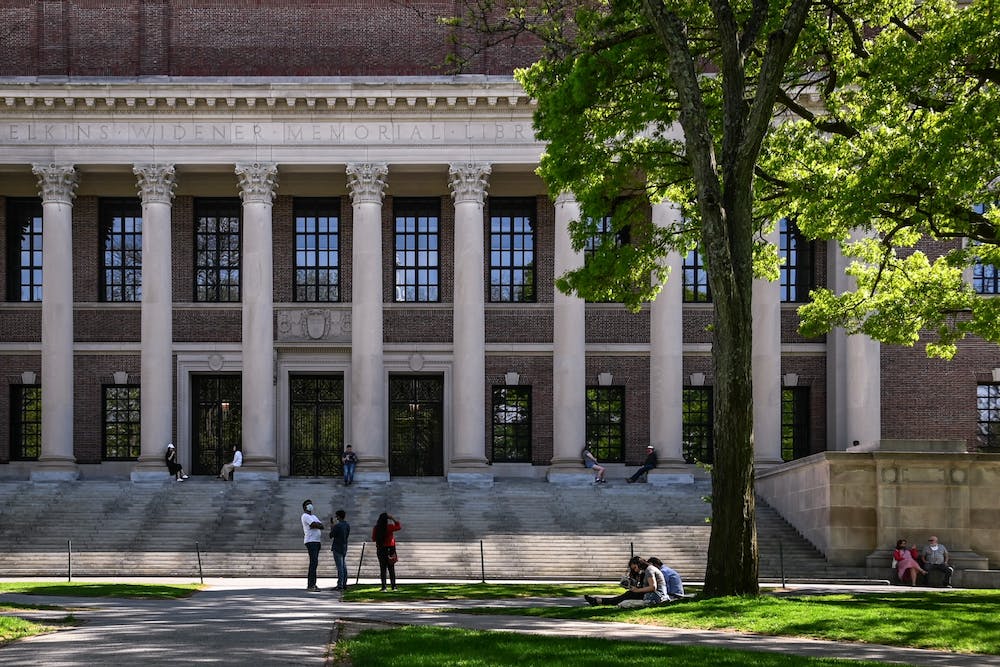 Although many still visited Harvard's campus to appreciate the beautiful weather, all wore face masks and kept social distance.

This summer, Ivy League campuses are going to be quieter and emptier than ever before. Summer courses are being administered through virtual instruction, programs for incoming first-years and high school students have been canceled, and most research labs are closed until further notice. In-person campus tours that attract visitors from around the world have been moved online.

The coronavirus has upended all aspects of university life. Campuses that thrive on in-person interaction have been mostly deserted since March, and many of their futures still remain uncertain. And yet, while there may not be many people to see the campuses, their trees are still in full bloom and sunlight bathes their walkways. This is what Ivy League universities look like as summer begins during the pandemic.

A sign at the entrance of Locust Walk on 34th and Walnut Streets reminded people to "social distance," "wear mask," and "stay vigilant."

People worked on their laptops in front of the Campus Center, typically a hub for student activities.

A student posed for graduation pictures on the Sundial. Columbia has not yet announced when in-person commencement celebrations will be held.

A masked couple walked by the steps of Low Memorial Library as night fell on New York City, the epicenter of the U.S. coronavirus outbreak.

Students still on campus spread out across Libe Slope in small groups.

Collegetown Bagels, a popular eatery just off Cornell's campus, is only open for take-out, curbside pick-up, and delivery.

The well-manicured lawns of the Dartmouth Green laid empty.

Dartmouth's Office of Admissions canceled all in-person programming and is offering virtual information sessions and campus tours until further notice.

A masked student walked around campus while video chatting, stopping at the statue of John Harvard.

Only a handful of people lined the Charles River in front of Dunster House, despite the sunny and warm weather.

The beautiful weather brought many people to appreciate Princeton's sprawling grounds and towering buildings. Some stopped to photograph Blair Hall.

Aside from a few early morning joggers and local residents, Yale's campus was largely deserted.

Gates leading to Yale's 14 residential colleges, as well as the Old Campus Courtyard, were all closed.