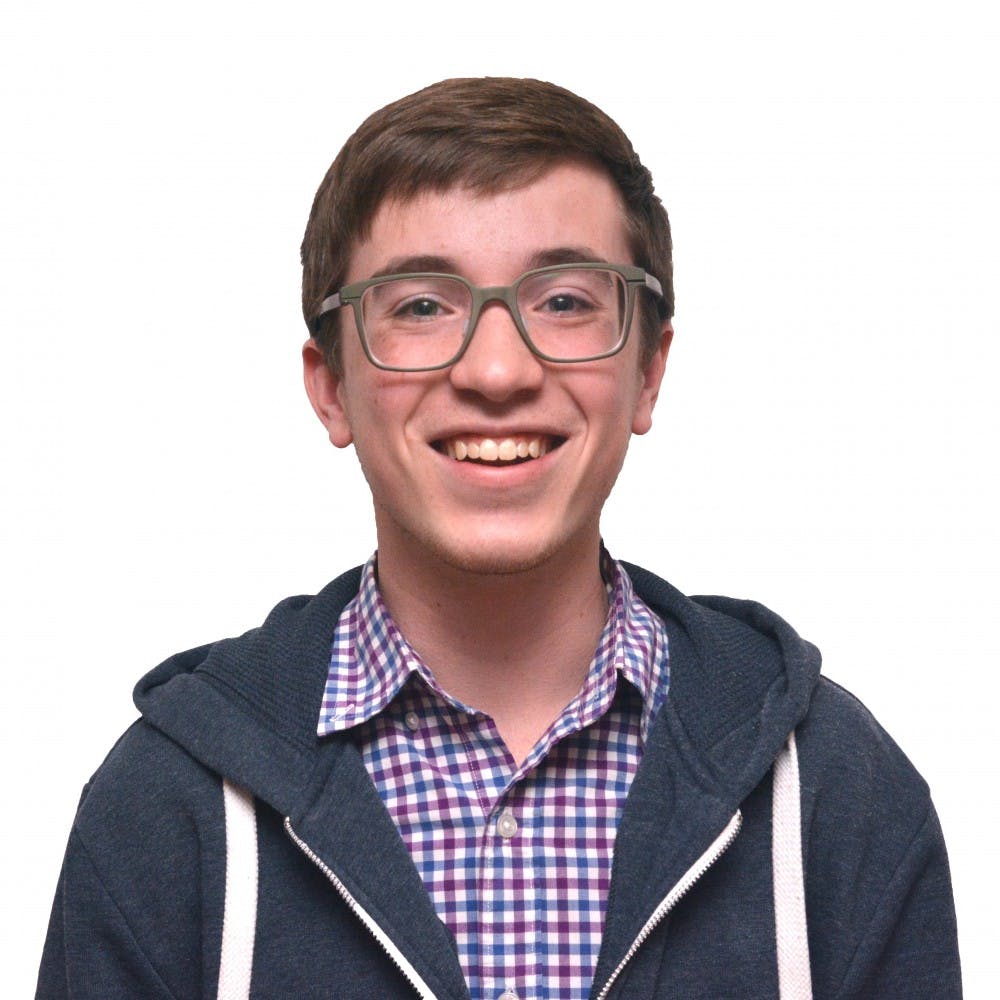 If things continue the way they are, Penn men’s basketball is headed straight to the Ivy League Tournament.

This team is playing a brand of basketball I haven’t seen in my time here at Penn, and a style I seldom see around the collegiate game. The closest thing I can compare it to is what Liverpool FC manager Jürgen Klopp calls “Heavy Metal Football” — and well, ladies and gentlemen, what the Quakers have finally worked their way into is Heavy Metal Basketball.

It’s all fire — led by team hype-men Jackson Donahue and Max Rothschild, this team is playing so pissed off that they have no choice but to burst into games, guns blazing.

After just three minutes at Yale on Sunday, the score was 11-2 to the Quakers. At Brown on Friday night, it was a ridiculous 27-2 first half run that put the game to bed before the halftime whistle even blew.

Compared to the women’s team, it’s fire and ice. Don’t get me wrong, the women are remarkable — top of the Ivy League and reigning champions, in fact — but they do it the opposite way. They allow the third-fewest points in all of the NCAA. They win by not allowing more than they score.

But the men’s team scored 96 on Friday night. And they scored 71 points on Sunday, slowing down only after completing a 21-5 run to open the second half. After six straight losses to start the Ivy League season, with a nadir in the Quakers’ 64-49 loss to league-leaders Princeton, they went back to the drawing board, put the pedal to the metal and cranked the volume up to 11 — and the results have gone their way ever since.

Freshmen Ryan Betley and Devon Goodman have taken the league by storm. And as you might guess, it’s unsurprising why. Goodman is easily the quickest man on the team, and Betley is the kind of inside-outside player coach Steve Donahue has always dreamed of. While fellow rookie AJ Brodeur has perhaps rightfully taken all of the limelight thus far, it hasn’t been the freshman forward who has sparked Penn’s resurgence.

Likewise, this team has the skill required to make it into the league’s top four, but it hasn’t been technique driving them forward. It’s been the octane.

“We have so much to prove right now,” Jackson Donahue said after the win at Brown. “Starting off 0-6, really for me and the rest of the guys, got us so angry. And we finally figured out how to turn that into a competitive maturity on the court.”

It started at the Palestra two weeks ago against Cornell and Columbia when the Quakers could lean on their home crowd to get them going. But this weekend, it was on the road. Four straight wins, and these guys are rolling, but next weekend on the road again will provide their most crucial game yet: a matchup between the two teams currently tied for fourth place, Penn and Columbia. The Saturday night showdown should be absolutely wild with a sellout crowd all but certain.

The only thing is that the crowd in the Big Apple will be cheering on the baby blue rather than the Red and Blue. With all of New York against them, seeing how Penn handles the pressure at Cornell on Friday and Columbia Saturday will be season-defining.

But Penn isn’t looking at the standings. The team will still hold onto the anger and the chip on their shoulder that drove them up the table in the first place.

“We’ve got to win the now,” coach Donahue said. “When we were 0-6, I said, ‘Look at us. Look around. We’re an 0-6 team. That’s what we are right now. If you wanna change it, you’ve got to do something right now.’ And these guys have done all the work since.”

Penn men’s basketball is a team worth getting behind. And if you want to see them in the Ivy League Tournament, you ought to get behind them now: they’d appreciate your help.