Juli Benson competed in Olympics, trained Olympians prior to Penn 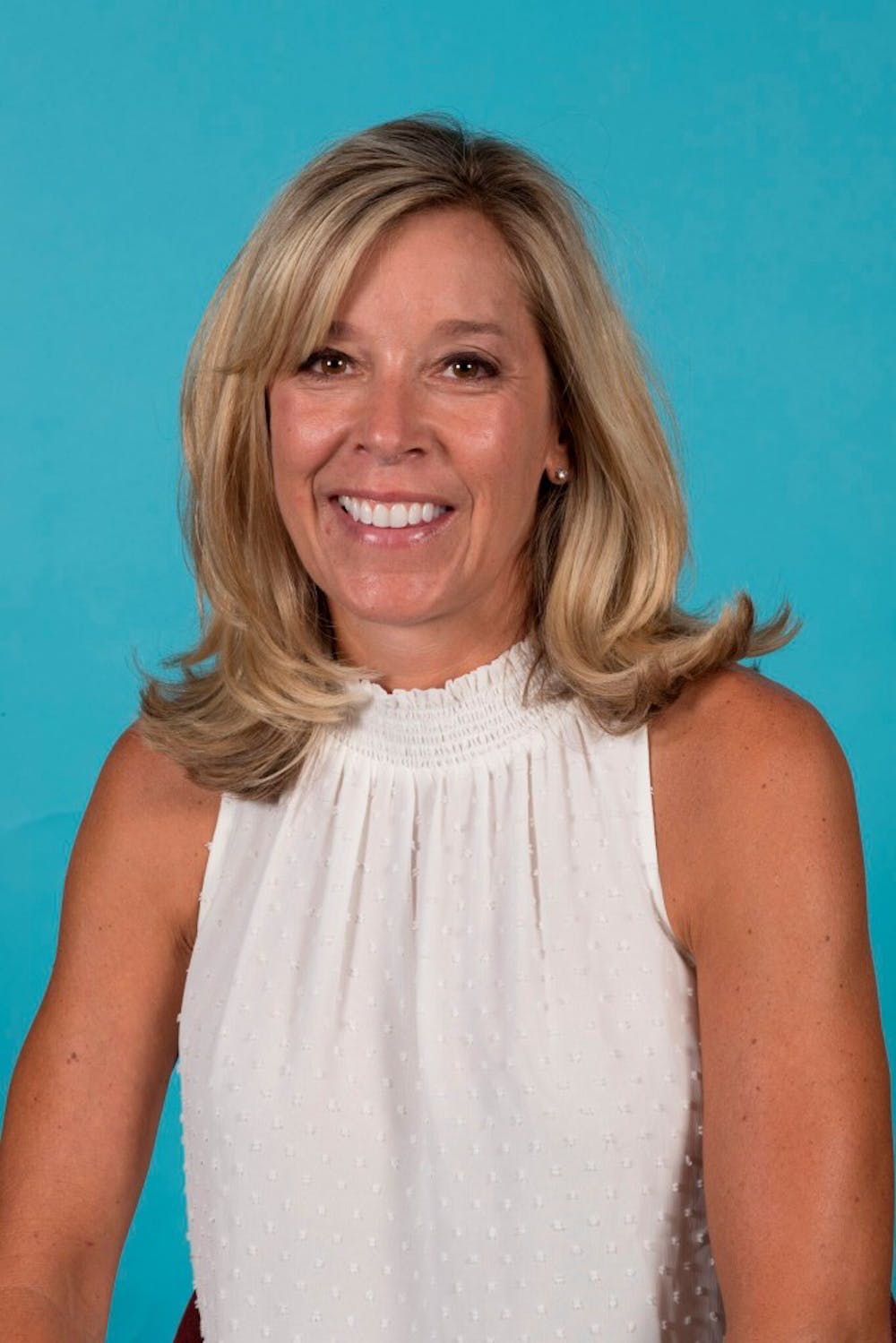 About a month into her new role as assistant cross country coach, Juli Benson calls the position “a dream come true.”

With a laundry list of coaching stops on her resume, including posts at the Air Force Academy, George Mason, Georgetown and James Madison, Benson is no stranger to the role. Benson is also an accomplished distance runner in her own right, even earning a spot to the 1996 Olympic Games in Atlanta.

Director of Cross Country/Track & Field Steve Dolan said that the program jumped at the chance to add her to their roster. “I’ve known Coach Benson for a number of years," he said. "So I know she’s an outstanding coach, and when the position became available this year, we were really excited that she was interested.”

Benson is also no stranger to Penn Athletics as a whole. Her husband, Bob Benson, is beginning his second year as the defensive coordinator and associate head coach for Penn football.

Cross Country Issue | Looking back on 2015

Despite having coached together once before at Georgetown, Benson still describes it as “something we never thought would happen.” Though she said they don’t cross paths on the job often, being part of the Penn Athletics family together is “cool.”

“There’s definitely something special in the air here, and I noticed that even just from being a football wife,” she said of Penn. “I feel like there’s a lot more school pride here than anywhere I’ve coached.”

The runners themselves spoke highly of Benson as an addition to their program. Senior Cleo Whiting said that it’s “definitely a little bit intimidating” to work with a coach who has so many accomplishments to her name, “but more than that, it’s really exciting."

"She will bring just a whole new perspective to the group, while maintaining the same goals and expectations that Dolan has had for us,” Whiting continued.

But when it comes to her approach to the Penn cross country team, Benson is playing the long game. Despite the high expectations the program has for her, Benson said she is coming into the program with very few expectations in the other direction.

“I just want everyone to go out and have a good time and run what they’re capable of running on that day,” she said, adding that she hopes runners will simply “get a little bit better every time we come out.”

Her approach, she says, comes largely from personal experience. At the 1996 Olympic Games, Benson was injured. “I didn’t train very intelligently,” Benson said of her own career. “I wasn’t one that listened to my body and I overtrained quite a bit, I rarely listened to my coaches.”

Having been the director of the program at Penn for four years, Dolan agrees with Benson’s approach.

“We feel very much on the same page,” he said. “Our sport is unique in that the win-loss record isn’t as important as kind of where you end up at the end. So we’re kind of in a building process for that.”

With most of the team’s early season being spent at more local meets, the runners themselves are also prioritizing team-building and steady progress over putting up the fastest times. But the team's measured approach to the beginning of the season doesn’t mean the Quakers aren't setting their sights high.

“My freshman year, I was really lucky, and I qualified for nationals individually,” Whiting said. “When I lined up at nationals, I felt really lonely. And my goal, since then, for the past three years, has been to get the team there.”

“I will not feel satisfied unless we go as a team,” she added.

But for now, Whiting is satisfied just with the possibility of reaching that level. “We all just want to have a really great time figuring out how good we can be,” she said.

“It seems like people are very excited to be a part of this university and this institution," she said. "I think that’s really what I took in last year, and that certainly didn’t change now that I’m an employee here.”