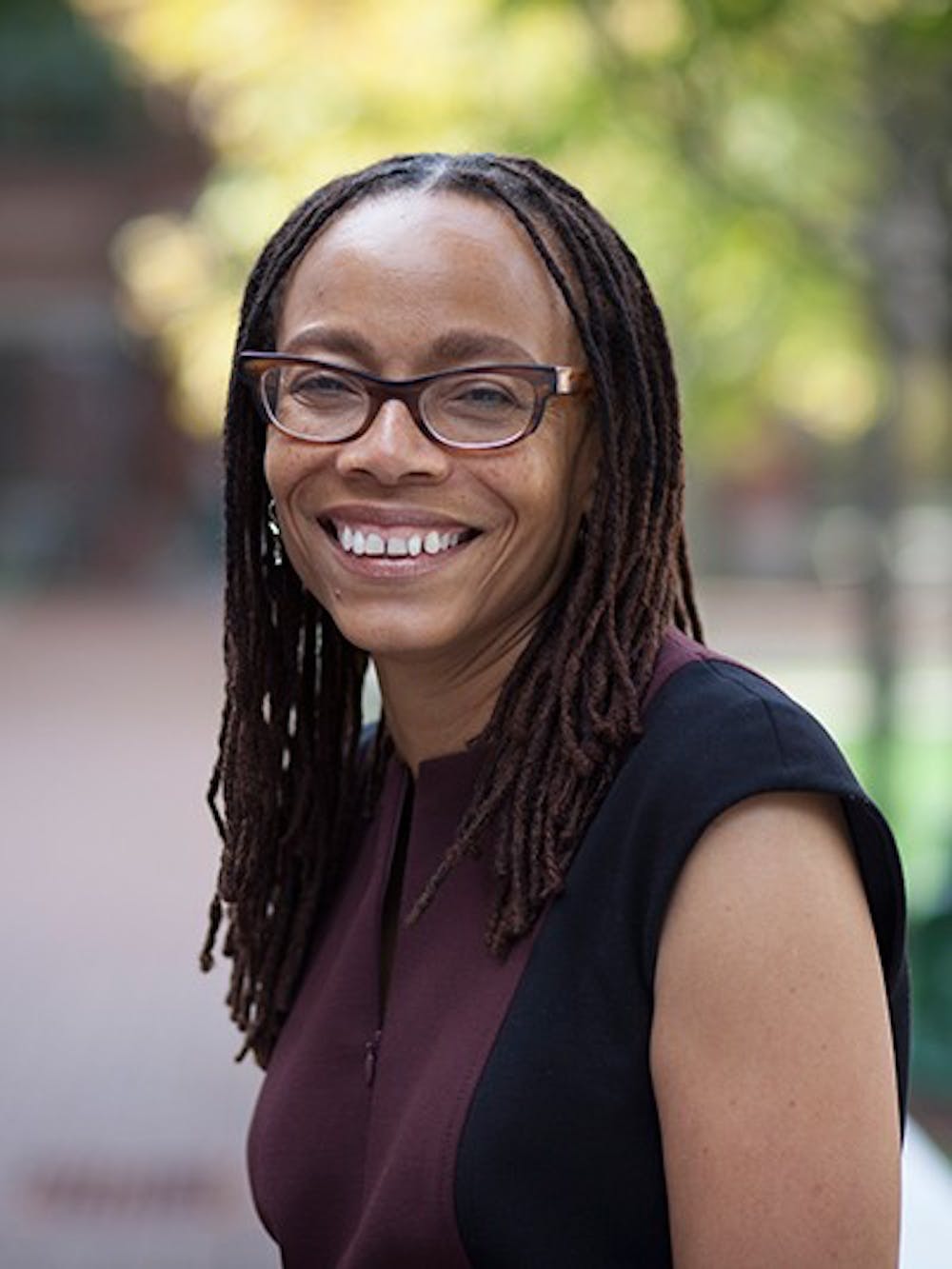 This Women’s History Month, a Penn professor was honored for her work in fighting for women’s reproductive rights.

Penn Integrates Knowledge professor Dorothy Roberts, who has appointments in Penn Law School and the School of Arts and Sciences, was recently honored as one of Harvard Law’s Women Inspiring Change for 2016. The award, which is in its third iteration, annually recognizes women who are making a lasting and notable impact in the fields of law and policy, and culminates in a portrait showcase of the women from Feb. 29 to March 11 and a recognition ceremony on International Women’s Day, March 8.

“To me, as a graduate of Harvard Law School, it’s a special honor to be recognized by the Harvard Law community, and also the other women who were honored are so amazing — I’m just thrilled and humbled to be in their company,” Roberts said.

Roberts’ major contribution to women’s rights is her work for reproductive justice. She chronicled this work in her book “Killing the Black Body,” on how policy, culture and law in America have worked to restrict black women’s reproductive freedom.

She said that currently, laws concerning reproductive freedom and the woman’s right to choose are framed around the rhetoric of reproductive choice. This can put lower income women and women of color at a disadvantage.

“[Focusing on reproductive choice] favors the most privileged women, because they’re the ones who have the resources to act on the choices they make, and it tends to ignore the struggles faced by women who lack the resources and other supports of society for their reproductive decisions,” Roberts said.

For example, low income women may face more barriers such as lack of access to readily available clinics for abortion or funds to pay for birth control. Instead of solely focusing on the right to choose, reproductive justice also focuses on helping people obtain the resources necessary to act upon that right as well.

She said reproductive justice also takes into account other issues that are not currently considered in policy, particularly how society devalues the right of women of color to bear children. This problem has lead to instances of coerced sterilization among women of color. In 2013, an article exposed illegal mass sterilization of female inmates of color without their knowledge in California prisons.

“The term reproductive justice was coined in 1994 by a caucus of black feminists, and it includes not only the right not to have a child but also the right to have a child and to raise children in safe, healthy and supportive environments,” Roberts said.

Her passion for her work shows. In addition to being honored by Harvard Law, Roberts also received a Lifetime Achievement Award of the Society of Family Planning in the same week, also for her work on reproductive justice.

Roberts said she believed that the honorees of the Women Inspiring Change award highlight how powerful women around the world have dedicated their lives to helping advance equality and giving hope to others, but she praised the contributions of everyday women as well.

“It’s also inspiring to know that ordinary women, who maybe have never been recognized, have historically struggled to improve conditions for themselves, their families and their communities ... and that continues to be an inspiration of hope for the future.”