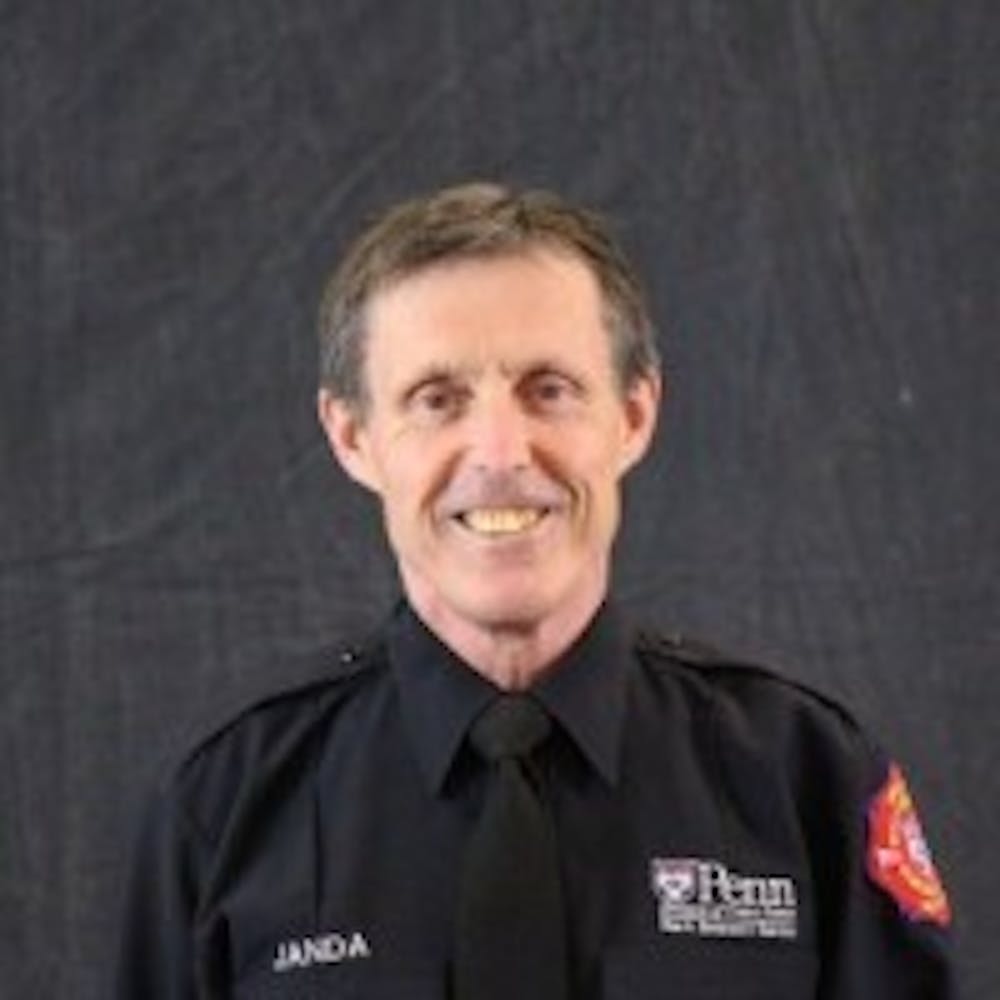 When Eugene Janda, Penn Chief of Fire and Emergency Services, first arrived at Penn 16 years ago, he did not realize what a difference he would make in the community or expect that he would help found the University’s first Medical Emergency Response Team.

On Feb. 27, he received the Collegiate EMS Advisor of the Year Award at the National Collegiate Emergency Medical Services Foundation’s annual conference.

MERT nominated Chief Janda for the award this year. Hannah Peifer, a College junior and the Chief of MERT, has known Chief Janda since she joined MERT in October of 2013.

“He’s very hands-on,” Peifer said. “He sits there alongside us.”

MERT steps in during Pope weekend

Peifer explained that Janda was instrumental in the founding of MERT. The group was originally proposed in 2003 but faced pushback from administration at the time, Peifer said. Janda worked with some of the founding members for the next three years, and the administration agreed to a nine-month pilot program starting in 2006. Ten years later, MERT is preparing to celebrate its 10-year anniversary.

“He’s been with MERT from the beginning, before it even started,” Peifer said.

On Feb. 27, Janda accepted the award on behalf of all of the Division of Public Safety. “My name might be on the award, but the people at DPS were instrumental in actually making MERT start to operate,” Janda said.

Janda cited Vice President for Public Safety Maureen Rush, the late Dr. Evelyn Wiener, former executive director of Student Health Services and Joseph Tierney at the Robert A. Fox Leadership Program as instrumental in working with the upper administration at Penn to get MERT approved 10 years ago.

This September, when the Pope visited Philadelphia, MERT helped cover the event on the Benjamin Franklin Parkway. Janda himself served as an EMS alongside MERT at the event, even riding a bike.

“MERT helped me out a lot in refreshing my memory in the correct ways to help patients,” Janda said, noting that MERT helped prepare him with the most up-to-date technology.

Because of his dedication to the organization, MERT nominated Chief Janda for the award. Rush said that MERT surprised Janda with the award.

“One of the main reasons Chief Janda stands out ... [is that] he is enthusiastically by their side and a major supporter,” Rush said.

Every year, the National Collegiate Emergency Medical Services Foundation holds a conference where different student emergency medical services groups attend lectures and interact. At the end, an awards ceremony is held. This past year, over 100 Collegiate EMS advisors attended the event, and Chief Janda was chosen from all of these as the Collegiate EMS Advisor of the Year.

Peifer described Janda as the advisor most of the 53 active members of MERT would know, recognize and feel comfortable approaching.