The Red and Blue will get a chance this weekend to rebound from a tough loss. But with non-conference play having reached its end, the next loss could be devastating.

The team will be looking to bounce back from a blowout loss at Villanova on Tuesday night, when the Wildcats scored 51 points from beyond the arc, good for seven more than Penn had overall. Villanova launched an incredible 41 threes in its 66-46 victory, neutralizing the Quakers’ incredible paint-protecting duo of Sydney Stipanovich and Michelle Nwokedi by simply avoiding the paint altogether. Penn coach Mike McLaughlin noted the effectiveness of that strategy.

“The way they play forces not a lot of action around the rim, and that’s been our success with Sydney and Michelle,” the coach said.

But McLaughlin is not worried that the Wildcats exposed an Achilles heel — a template any team can use to dismantle Penn’s outstanding defense.

“Do I think that will be a trend? I think this was more a product of Villanova. They’re pretty special at what they do. We’re going to continue to do what we do, and do what we do a little better than we did [that game], and just continue along that path.”

“They were just really hot, they couldn’t miss. ... We just have to move forward,” Stipanovich said. But the Quakers better have an answer the next time a team gets hot. It’s all Ivy action from here on out, and the beloved (albeit endangered) “14-Game Tournament” can be quite unforgiving. One loss to an Ivy foe, at any point in the season, can cripple a team’s chances of winning a title and qualifying for the NCAA or NIT tournaments.

It helps that Penn topped Princeton in the Ivy League opener earlier this month, a one-game hiatus from non-conference play. With a game in hand against the defending champs, the Quakers appear well-positioned for an Ivy title run. But the Red and Blue have seven competitors, not one, in the Ancient Eight.

“This is a long 13-game season in front of us. I really think that anyone in this league can beat anyone on any given day. This league is really strong and it was good to have the first win, but it’s all going to add up in the end when we play 14,” McLaughlin said.

“I really try to take it by 5 minute segments of the game,” the coach continued. “Then you approach it as a 40 minute game and an 80 minute weekend. We want to keep ourselves contained in that little boxed area, and we’re going to try to win those little boxes. [At] the end of the season, we’ll add them up and see where we’re at.

“We’re not gonna get ahead of ourselves or get behind ourselves. We’re gonna do what we do, and that’s staying focused on the task at hand.”

But while McLaughlin emphasized the difficulty of winning what would be Penn’s second Ivy title in three years, he believes his squad is ready for the challenge, especially after a strong and productive preseason.

“Our continuity on the offensive end, the transition, that’s improved. We rebound the ball better than we did at the start of the year, and we added depth. Those are three things I’d say we’ve shown progress in,” McLaughlin said.

Whether Yale is ready for Penn remains to be seen. The Bulldogs swept their two-game set with Brown earlier this month, but haven’t beaten the Quakers in their last four tries. The Bears, meanwhile, haven’t topped Penn in four years. But even if the Red and Blue sweep the Yale-Brown doubleheader for a fifth straight time, they’ll have a long way to go.

“We have a lot of games ahead of us,” Stipanovich said, before adding, “You have to think of each game as a championship game, because you never know in the end what it’s gonna come down to.”

That’s the cruelty of the Ivy League. You can’t win it in one weekend, but you sure can lose it. 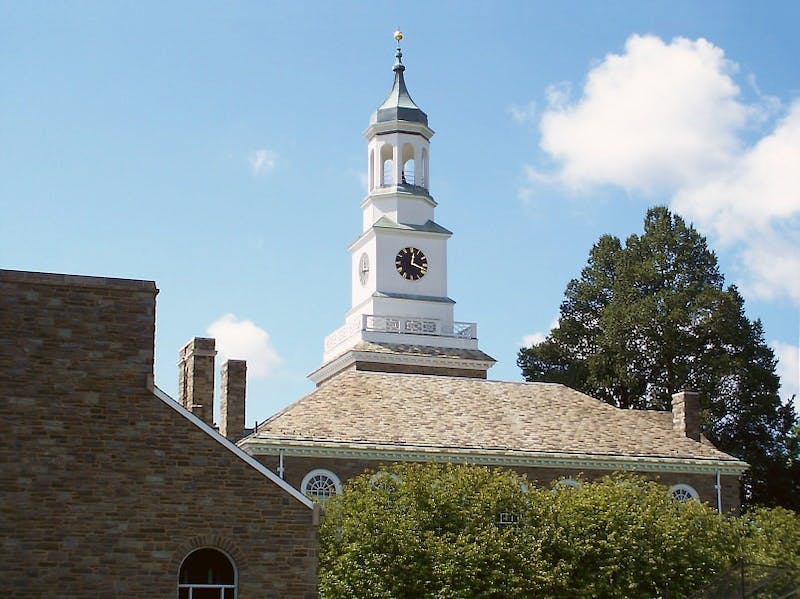