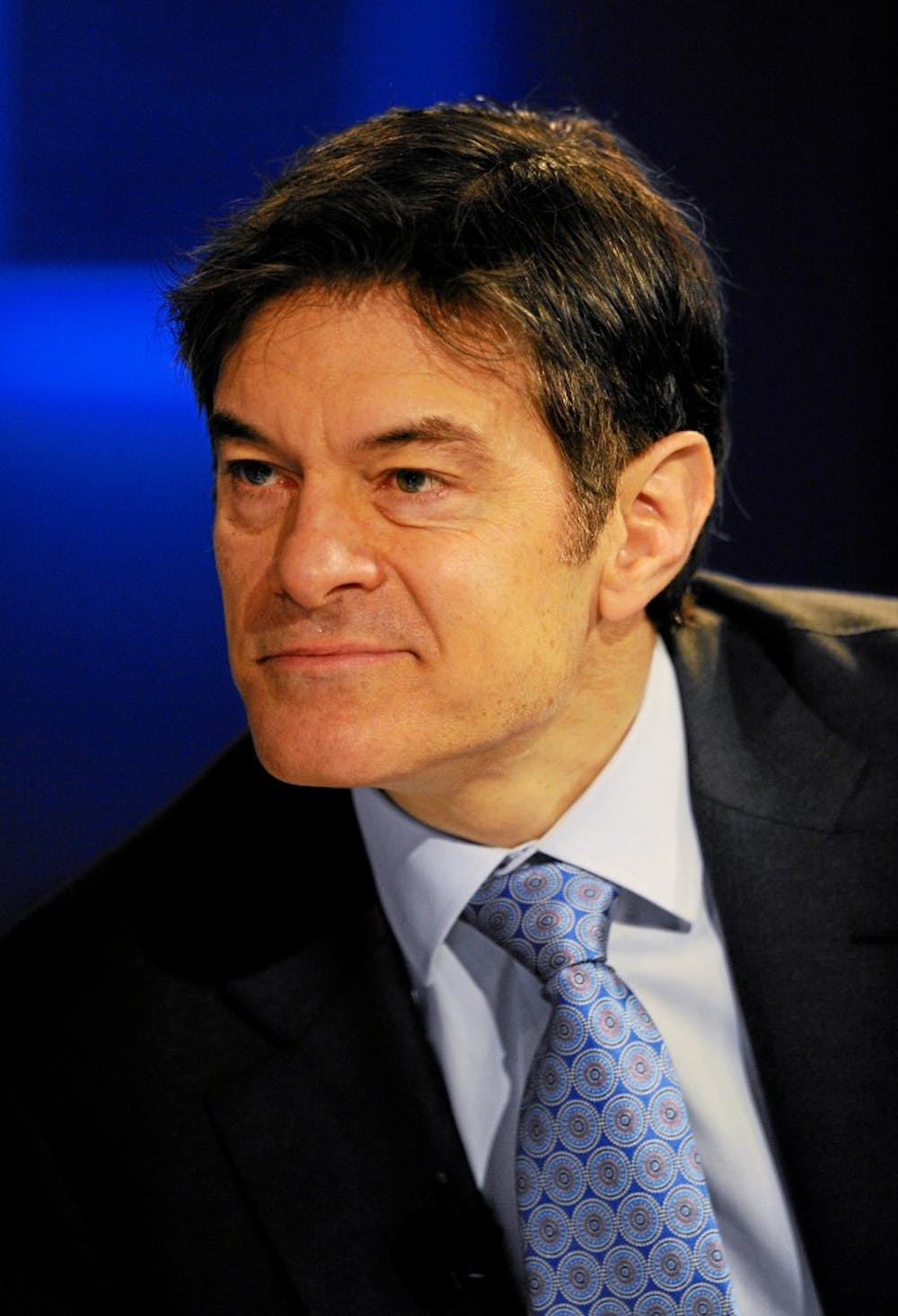 A group of doctors from across the country have suggested their own “quick fix” for Columbia University’s College of Physicians and Surgeons: fire Dr. Mehmet Oz.

Last week, a group of doctors led by Henry Miller of Stanford University called for the removal of Oz, a Penn alumnus, from the Columbia faculty because of his “disdain for science and for evidence-based medicine” as well as his promotion of “quack treatments.” Oz, an author and Emmy Award winner best known for his show, "The Dr. Oz Show," is a board-certified cardiothoracic surgeon and the vice chair of Columbia’s Department of Surgery. He was a regular contributor to "The Oprah Winfrey Show" and has hosted "The Dr. Oz Show" since 2009.

Oz, who received his undergraduate degree from Harvard University, holds two degrees from Penn. In 1986 he received both his MBA from Wharton and his MD from what is now the Perelman School of Medicine. During his time at Penn, he served as president of the medical student body. Oz also returned to Penn in 2012 to deliver the keynote address at the Wharton MBA graduation ceremony.

“We are surprised and dismayed that Columbia University's College of Physicians and Surgeons would permit Dr. Mehmet Oz to occupy a faculty appointment, let alone a senior administrative position in the Department of Surgery,” Miller wrote to the school’s dean, Lee Goldman. “He has manifested an egregious lack of integrity by promoting quack treatments and cures in the interest of personal financial gain.”

Under the Button: People Who Went to Penn: Mehmet Oz

A graduate of Penn's joint MD/MBA program, Oz has long harbored interests in medicine and beyond.

“I’ve always enjoyed doing two things at the same time, and that’s what I did at Penn,” Oz told Wharton Magazine, referring to his decision to pursue a joint MD/MBA. “I could go in the morning to the clinic and treat diabetes patients, and then in the afternoon go learn about accounting and real estate transactions.”

Among the signees of the letter was at least one Penn alumnus, Samuel Schneider, a New Jersey psychiatrist and 1968 College graduate. But the Quaker connection did not seem to prevent the doctors from holding back on their choice of words.

“Dr. Oz is guilty of either outrageous conflicts of interest or flawed judgments about what constitutes appropriate medical treatments, or both,” the letter concluded. “Whatever the nature of his pathology, members of the public are being misled and endangered, which makes Dr. Oz's presence on the faculty of a prestigious medical institution unacceptable.”

A spokesperson for the Columbia University Medical Center responded to the letter by saying, “Columbia is committed to the principle of academic freedom and to upholding faculty members’ freedom of expression for statements they make in public discussion.”

This is not the first time Oz’s professionalism as a doctor has been called into question. In 2011, Oz was criticized by the Food and Drug Administration for falsely claiming that apple juice has dangerous levels of arsenic. Last June, Oz appeared before the Senate Subcommittee on Consumer Protection, Product Safety, Insurance and Data Security to answer questions about his promotion of weight loss products, for which he has been known to use flowery language with words like “magic” and “miracle.”

“I don’t get why you need to say this stuff because you know it’s not true,” Sen. Claire McCaskill, the subcommittee’s chairwoman said to Oz. “So why, when you have this amazing megaphone and this amazing ability to communicate, would you cheapen your show by saying things like that?”

Last December, a study published in the British Medical Journal found that only about 54 percent of medical claims Oz made on his show could be backed up by evidence.

Despite the criticism, Oz maintains that his work comprises valid medical practice.

“I bring the public information that will help them on their path to be their best selves,” Oz wrote in a Facebook post on Friday in response to the letter. “We provide multiple points of view, including mine which is offered without conflict of interest. That doesn't sit well with certain agendas which distort the facts.”