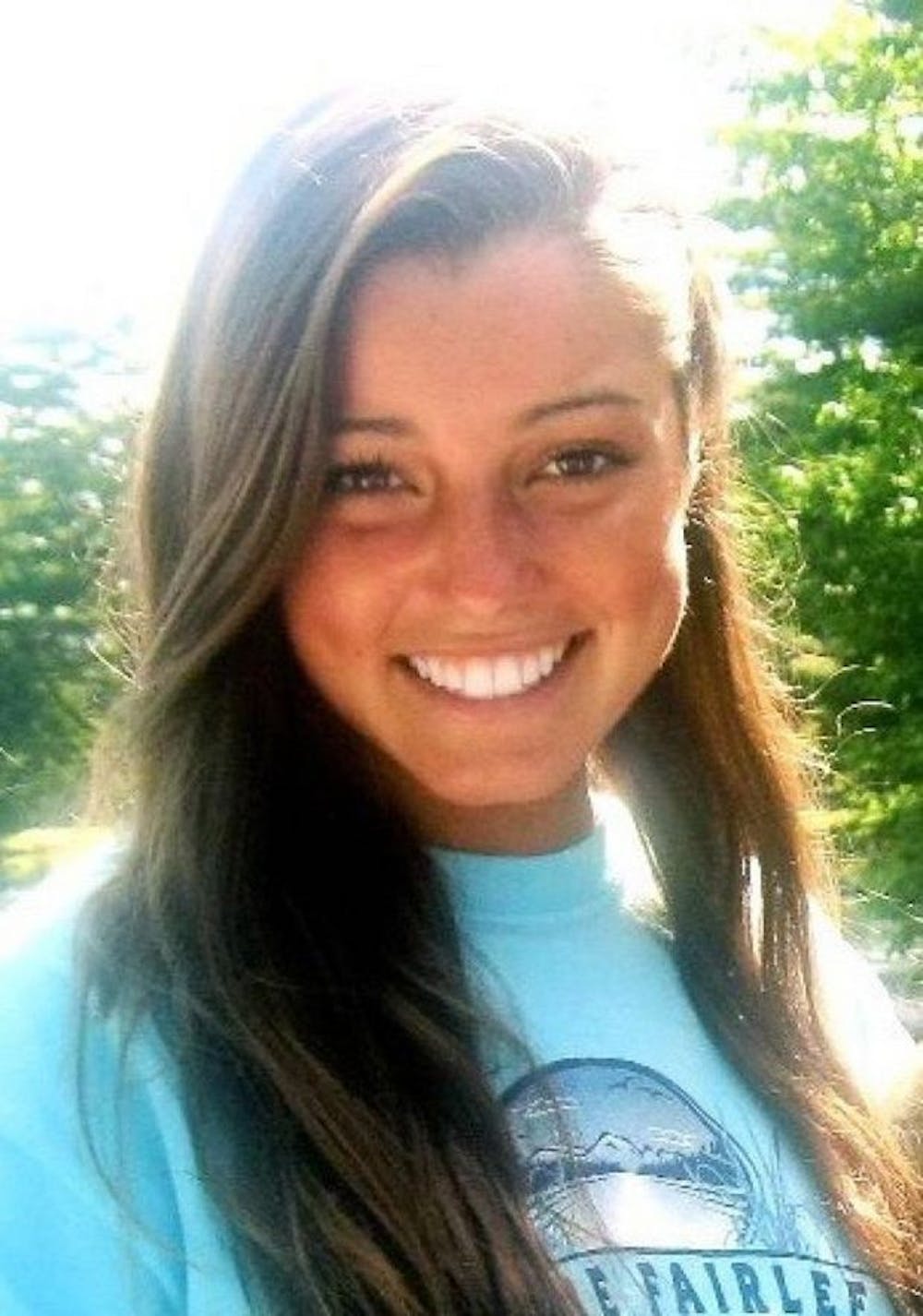 The friends and family of Madison Holleran, a Penn student who committed suicide last spring semester, see Penn’s new mental health efforts as a move in the right direction, but they believe more must be done to create a stronger sense of community and support across campus.

Following six student suicides in 15 months, the Task Force on Student Psychological Health and Welfare published a report last Tuesday that reviewed and made recommendations for Penn’s mental health resources.

In reference to the drive for perfection in academics and all aspects of student life, the Task Force report emphasized an approach of “cultural rather than structural change.”

“There isn’t an easy fix to this issue, and I think it’s great that Penn is really taking this issue seriously, but I think Penn can do more to help students who are overwhelmed and need someone to go to and trust,” Madison Holleran’s father Jim Holleran said.

For Holleran’s father, Penn would more effectively spur the cultural change it hopes to achieve if it also focused on creating official programs, such as a formalized mentoring program in the athletic department, that would encourage students to talk openly about personal issues.

“In the Penn environment, I think it’s tough to achieve that level of depth in friendships,” Wharton sophomore Logan Gardner, a close friend of Holleran’s, said. “You think you know someone really well, but then when they go and do something like suicide that you never would’ve expected, you realize you had no idea what was going on in their head.”

Without any major mental health issues before coming to Penn, Madison Holleran, a track star known for also balancing her academics and social life, committed suicide in January of her freshman year. Holleran’s friends and family commended several parts of Penn’s Task Force recommendations, including the clarified leave of absence policy, the shortened timeline for Counseling and Psychological Services appointments and the I CARE training program to recognize warning signs of student distress.

However, they emphasized the need for tangible criteria to measure the success of Penn’s efforts, a criticism pointed out by many students on campus.

“I think the approach of cultural change as an overarching theme is a very good step forward for Penn, but that being said, I don’t think you can get much accomplished without concrete goals,” Gardner said. “Even though it’s hard to measure, you have to start somewhere, and I think having a general timeline is a pretty standard step toward getting to any goal.”

CAPS director Bill Alexander said the effectiveness of Penn’s policies and programs will be measured by the oversight team — a group of students, faculty and staff that will “watch over the arc of mental health on our campus and guide it with suggestions for at least the next four years.”

But the need for benchmarks was also highlighted by another close friend of Holleran’s, who preferred to remain anonymous. She said the recommendations have good intentions, but will ultimately be ineffective — not only based on the missing implementation plan, but also due to the lack of student representatives on the Task Force.

“It almost feels like the ‘adults’ of the conversation are making all the decisions that impact the students,” she said. “Solving a problem within the Penn community needs to involve the people who see and deal with it first hand: the students.”

While the Task Force met with student groups and incorporated their suggestions, the need for more student voices was also criticized by Edward Modica, one of Madison’s elementary school teachers whose petition for a law is being drafted into proposed New Jersey state legislation he wants to call the Madison Holleran Law. Modica also said Penn should make data available on the number of attempted suicides on campus, a component of the legislation.

Bill Alexander explained that the “gray area” of what is considered a suicide attempt makes collecting such data extremely challenging, and Penn would be limited by privacy laws and family wishes in making the information public.

Beyond these specific criticisms, Madison Holleran’s family and friends all touched on the need for Penn to foster a greater sense of community on campus. Though her suicide resulted from many complex factors, Gardner and two anonymous friends said Madison’s stress was likely influenced by her drive to excel, coupled with a culture at Penn that makes opening up to people very difficult.

“I think Madison had trouble communicating even to her close friends about how she was feeling, since I think she really felt that her problems were a weakness,” Holleran’s father said. “It’s very difficult for high-performing people to admit they need assistance.”

“It all boils down to creating a communal environment, which I think is a central part of getting people to open up,” Gardner said. “I think Penn really lacks the feeling that there is a community to support you, and not having this sort of network is one of the main things that [Madison and I] would talk about early last year when we bonded a lot over our mutual unhappiness in transitioning to Penn.”

Another friend of Madison’s who preferred to remain anonymous said Penn has done a good job at making its resources more available, especially given the campus culture of competition that drives students to be ambitious in all of their pursuits.

“I don’t think people would be as successful at Penn without the competitive environment that’s fostered here,” she said. “But at the same time, there’s also a cost to that — the impact on Madison being an example — so it’s really important that they continue to promote mental health.”

Through initiatives like a new peer counseling group and a mobile app designed to centralize the information of mental health resources, Penn is trying to shift this cultural “cost” by making resources more accessible and by educating and training people on the topic of mental health.

“We want to emphasize mental wellness, not mental illness,” Alexander said. “The existing resources for treating mental illness are abundant at Penn, but almost all of Penn’s new initiatives are aimed at keeping people healthy, with a focus on making it a community responsibility to help with stress reduction, building support networks and recognizing those who might be in trouble.”

According to Victor Schwartz, a doctor from the Task Force’s partner, the Jed Foundation, Penn is taking the right steps by using its resources mostly to prevent — rather than treat — mental illness after students get to the point of suicide.

“They’re treating the effects and not the causes of depression at this school,” said one of Holleran’s two friends who remained anonymous. “They find a ‘cultural rather than structural change’ is needed, but the culture will not change unless the structure does.”