Recently hired Penn women’s soccer coach Nicole Van Dyke started from humble beginnings, but she comes to Penn with the ambitious goal of putting the Quakers on a national stage. Taking the program to new heights will be no small feat, as Van Dyke succeeds Darren Ambrose, one of the most successful and prolific coaches in Ivy League history.

Nobel laureate Elie Wiesel once said that the opposite of love was not hate, but indifference.
01/28/15 11:59pm

If the Quakers are lucky, their youthful squad can force their way into the Ivy race by capitalizing on home court advantage this weekend and sweeping the Big Green and Crimson for the first time in three years.

Following the Quakers’ 83-77 loss to Lafayette Saturday night, Penn basketball coach Jerome Allen said the 2013-14 edition of the Quakers are sorting out who they are. 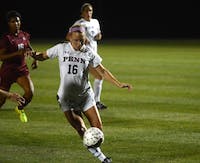 Behind two unassisted goals from Midge Purce, the Crimson downed the Quakers 3-0 in the season’s conference opener, as the Red and Blue suffered their first loss to an Ivy foe at home since Oct. 8, 2010.

At the end of the day, the box score has no statistic to demonstrate the brilliance of an individual defender’s play, and what isn’t evident in a box score is rarely appreciated by fans. 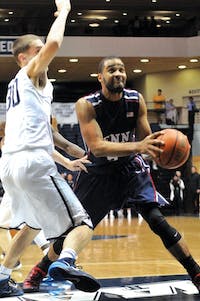 Penn men's basketball and rival Villanova heading in opposite directions

Playing on the road, the Quakers (2-4) will take on a 7-0 Villanova squad that made national headlines with wins over then-no. 2 Kansas and then-no. 23 Iowa to capture the Battle 4 Atlantis tournament championship, vaulting the squad from unranked to No. 14 in the Associated Press poll. 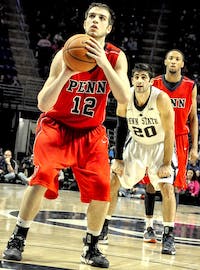 Kasper | Both heart and strategy lacking for Penn basketball

Why did Penn look so flat-footed and ill-prepared at the defensive end in the first half? Did it come down to strategy or motivation, head or heart? If you ask Fran Dougherty, it’s the latter.
11/07/13 3:43pm

For the first time in four seasons, Penn will play Princeton without a chance at an Ivy League title. But the Quakers still have a lot to play for. 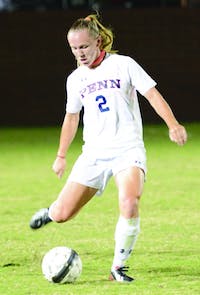 Playing in front of a home crowd at Rhodes Field, Penn avenged last season’s disheartening loss with a 1-0 victory over the Big Green. 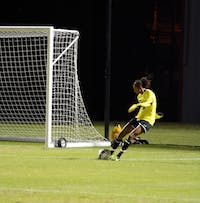 The Red and Blue secured their first conference victory of the season, snapped a four-game winless streak and kept their Ivy title hopes alive. 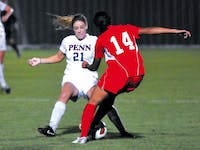 Rano fits in anywhere on the field for Penn women's soccer

Senior captain Brianna Rano is the only remaining defender from that team’s back line, so she was a natural choice as a leader of the defense — or so it would appear. 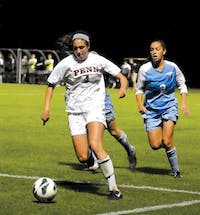 Today, the women’s soccer season commences, and thus, it’s time for us sportswriters to get together and make predictions on matters about which we know not. 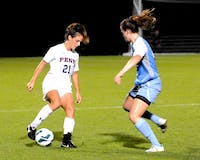 So close, yet so far away: the highlights of Penn women's soccer in 2012

Counting down the top five moments from a Penn season that ended up just short of Ivy hardware
04/23/13 9:01pm

The parallels between the Penn Relays and the Marathon are undeniable. They are each the oldest events of their kind in the United States, dating back to the twilight of the 19th century, when they first captured the imagination of the American public. 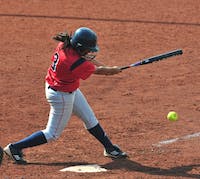 Can Penn softball keep up its streak?

Due to Ivy League regulations, until this year Ancient Eight squads have been prohibited from starting their seasons before March 1. Across other conferences, many squads start in the second week of February. 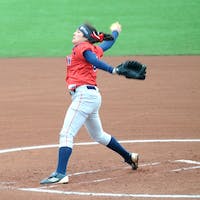 In their opening weekend of conference play, the Quakers (13-11, 3-1 Ivy) swept Harvard for the first time since 2003, defeating the defending-champion Crimson on Friday at Penn Park, 6-3 and 7-2. 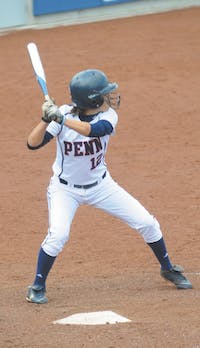 Comics in the infield for Penn softball

Charming their teammates with mischief and athleticism alike, seniors and New York natives Stephanie Caso and Samantha Erosa anchor the Quakers’ defense at shortstop and second base, respectively.
More Articles

The Good, the bad and the ugly | Penn basketball vs. Lafayette 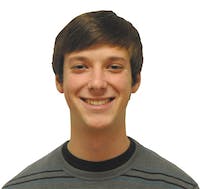