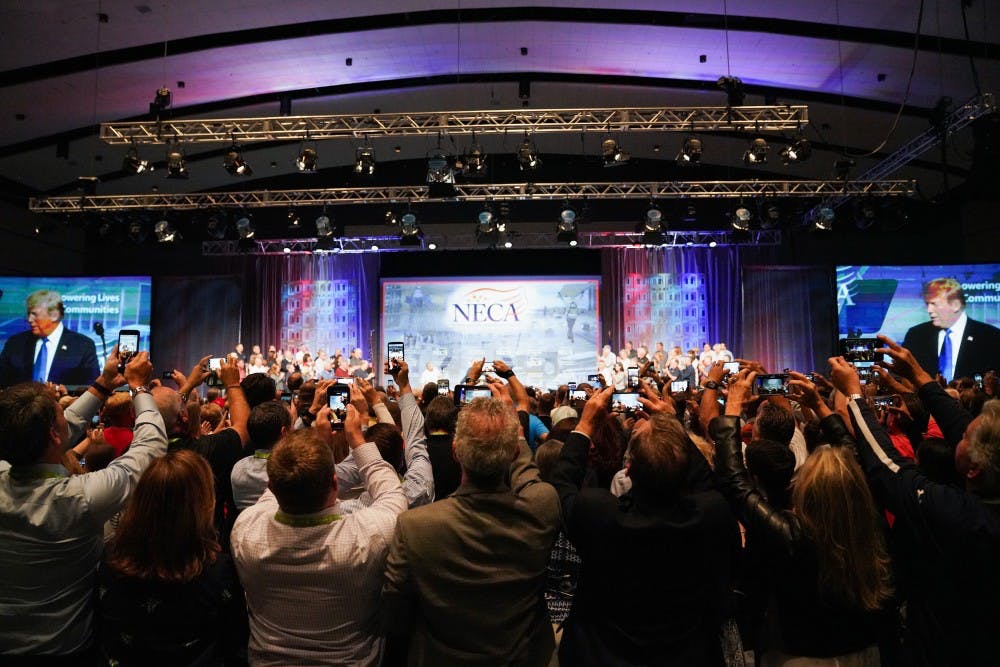 As a historic 2020 Election Day approaches, The Daily Pennsylvanian looks back on ten major United States politicians that have visited Penn’s campus and Philadelphia since 2018.

Former President Barack Obama came to Philadelphia to urge students and local residents to vote for Democrats in the Midterm elections on Sept. 21, 2018. Two years later, Obama returned to campaign for Joe Biden on Oct. 21, 2020 to increase turnout for Biden.

President Donald Trump spoke about the state of the U.S. economy at the National Electrical Contractors Association's annual convention at the Pennsylvania Convention Center on Oct. 2, 2018.

2006 College graduate and 2009 Penn Law graduate Congressman Conor Lamb (D-Pa.)indicated Joe Biden as his initial favorite to win his endorsement in the 2020 presidential race at an event hosted by Penn Democrats on Mar. 21, 2019.

Former Democratic presidential candidate and billionaire financier Tom Steyer discussed climate change, economic fairness, and immigration to an audience of about 50 students and community members at a Penn Democrats event on Oct. 18, 2019.

Former Vice President and Penn Presidential Professor of Practice Joe Biden came to Philadelphia to deliver remarks at the National Constitution Center on Mar. 10, 2020 after winning several primaries on Super Tuesday, becoming the clear front-runner for the Democratic presidential nomination.