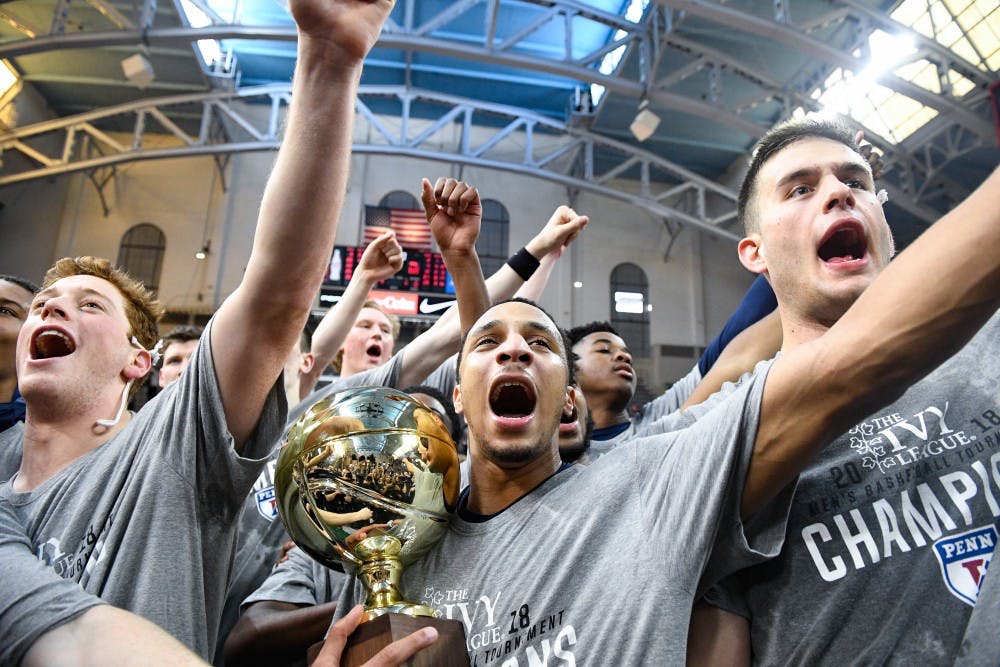 From the very beginning of her freshman season, center Eleah Parker showed she was going to be a major force for Penn women's basketball, even with a number of veteran impact players on the roster. She provided 11.5 points per game and 7.9 rebounds per game on her way to winning Ivy League Rookie of the Year. Although the team ultimately lost to Princeton in the Ivy League Tournament Championship Game, Parker went toe-to-toe with Princeton star center Bella Alarie in each of their three matchups and she proved that she will cause major problems for the rest of the Ivy League throughout her college career.

On the men's side, one of the biggest breakout performers was sophomore forward AJ Brodeur. After choosing Penn over major basketball programs such as Notre Dame, Brodeur stepped into the limelight to try to bring Penn men's basketball back to the NCAA Tournament. Working in tandem with junior forward Max Rothschild, Brodeur did his work both inside and outside the paint, using his low-post moves and his ability to hit outside jump shots to average just over 13 points a game and earn a first team all-Ivy selection. He also threw down a few breakaway dunks.

One of those veteran leaders on the women's team was senior point guard Anna Ross. One of the most consistent players in Penn basketball history, Ross started every game throughout her stellar career. She lead both vocally and by example, providing the rest of the team someone to look to in the biggest moments and the toughest times. Her stats back up this consistency; she tallied 491 assists by the end of her senior year, breaking the program record on Jan. 28, 2018 against Gwynedd Mercy.

The Palestra, also known as the Cathedral of College Basketball, has been the home of Penn basketball since 1927. It has an incredibly rich history, and provided an electric atmosphere for both teams throughout the 2017-18 season. In the photo above, the men's team battled with Harvard on Feb. 24, 2018 in a matchup between the top two teams in the Ivy League. The two squads met back at the Palestra just 15 days later in the Ivy tournament championship game. A 68-65 Penn victory gave the men's program its first NCAA birth since 2007.

Both Penn basketball teams had the luxury of having a sharpshooter from three-point range. The men benefitted from under-the-radar performances from sophomore guard Ryan Betley, and the women relied on the consistent outside shooting of senior guard Lauren Whitlatch. Coming off a devastating ACL injury that benched her for much of her junior season, Whitlatch provided another dimension to the offense in her final campaign, complementing the inside presences of Parker and senior forward Michelle Nwokedi.

The 2018 Ivy tournament championship game against Harvard will go down as one of the most iconic showdowns in the histories of both Penn men's basketball and The Palestra. It was a frantic back-and-forth affair, with both teams going on long scoring runs, causing the Palestra crowd to go wild and then fall silent minutes later. One of the stars of the game was senior guard Darnell Foreman, who kept the Quakers in the game by scoring 11 of the team's first 13 points and hitting a three pointer to beat the first half buzzer, giving Penn the lead going into the locker room. After the Red and Blue sealed the victory, Foreman decided to pay tribute to former Quaker Mike Jordan and sit on the rim while furiously waving the net to celebrate the dramatic win.

For the majority of current and past Penn students, the photo above needs little to no explanation. But, to those who are not so familiar with Penn traditions, this photo depicts the singing of "The Red and Blue," one of Penn's fight songs. For all Penn teams, it is customary to sing the fight song after every victory. In conjunction with the song is the ever-recognizable bending and extending of one arm to match the beat of the song. Following the trophy presentation for the men's team, the Quakers sung "The Red and Blue" loud and proud in front of the Palestra faithful.

The Quakers' Ivy tournament victory gave them an automatic bid into the NCAA tournament. After receiving a highly controversial 16 seed, the Red and Blue drew a matchup with the Kansas Jayhawks. In addition to the fact that no No. 16 seed had ever pulled off the upset in NCAA tournament history, Penn would have to overcome one more small obstacle: the game was going to be in Wichita, Kan. This meant trying to defeat one of the best teams in the nation in front of thousands of their own fans. Nevertheless, the Quakers came out swinging, developing a 21-11 lead before Kansas found their game and stormed back convincingly. In the end, the Jayhawks defeated the Quakers 76-60, ending their memorable season.

For more about the upcoming season, check out the project page for the 2018-2019 Penn basketball preview.