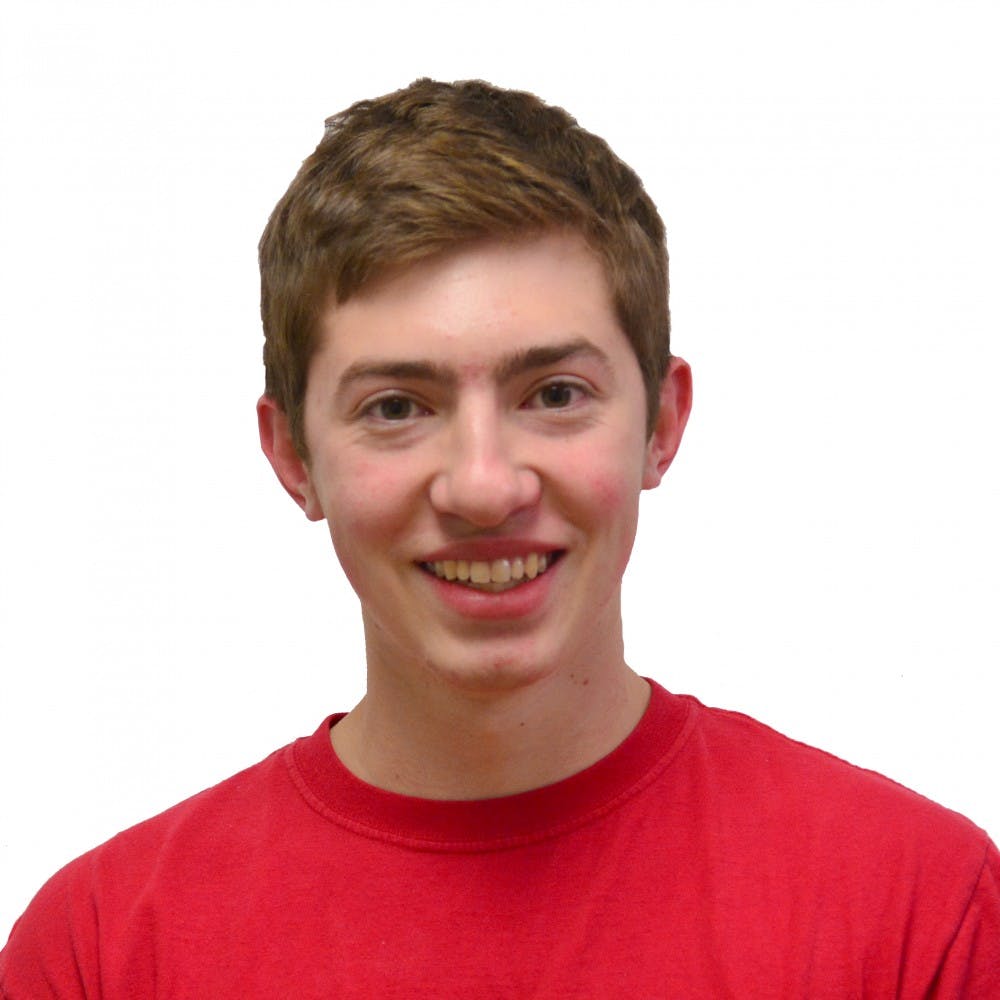 Down, but not out.

After falling to last place in the Ivy League with an 0-6 start, Penn men's basketball was down in the dumps. Big time.

Nothing was going right for the Quakers, and it all came to a head in that sixth Ivy loss to rival Princeton on the Palestra’s 90th anniversary. In front of a packed home crowd eager to celebrate, the Red and Blue was embarrassed.

But thanks to the new Ivy League Tournament, Penn was still not technically out. Outside Penn’s locker room, few gave the Quakers any chance, but this team persevered.

And now, they’re finally up.

In many ways, Saturday's heart-stopping victory over Harvard was a perfect microcosm of Penn’s season. The game was an absolute roller-coaster of emotions. At some moments, it looked like Penn was poised to break away, and at other times, the Red and Blue looked to be on the brink of collapse.

In the end, though, the team's season was saved by the unlikeliest of heroes.

Before checking in for the final play, 6-foot sophomore Jackson Donahue had spent the last ten minutes of game time watching from the bench and had yet to put up a single shot attempt. In fact, he might not have even been put in the game if junior guard Darnell Foreman hadn’t fouled out seconds earlier. Instead, Donahue delivered with a phenomenal shot that is sure to go down in Palestra lore.

“It’s just about staying ready,” Donahue said. “We talked about how we were going to need a lot out of more guys tonight.”

And from the top to the bottom of the roster, the Quakers have been ready for everything this season has thrown at them. Through February, this team was still searching desperately for its identity. Every game featured completely different players as coach Steve Donahue shuffled through lineups.

Against Harvard, it was senior Matt Howard and freshman AJ Brodeur who led Penn as they have all season. But two of Penn’s most important players weren't even on opponents’ scouting reports midway through the season.

Freshmen Devon Goodman and Ryan Betley both started this season on the sidelines.

Goodman was an undersized, inexperienced point guard who couldn’t crack the rotation and Betley was out nursing a broken arm. After the Harvard upset, though, in which they combined for 19 crucial points, it’s hard to imagine what this season would have looked like without them.

Still, as impressive as Penn’s late-season turnaround was, the Quakers enter next weekend as major underdogs. They've lost two of their last three games and they still sit below .500 in their overall and conference records (13-14, 6-8 Ivy). On top of that, their first opponent is Princeton — a team that has already beaten Penn, and every other Ivy team, twice in its perfect conference season.

Regardless of the odds, Penn isn't just happy to be here. They want to win. Time and time again, the Quakers have proven themselves to be a team that does not back down from a challenge. Saturday will be no different.

“The story’s not done, that’s what I like,” coach Donahue said. “This could be a hell of a story. That’s kind of what our mindset is.”

Right now, Penn is up. And this weekend, we’ll all see just how much higher these Quakers can go.