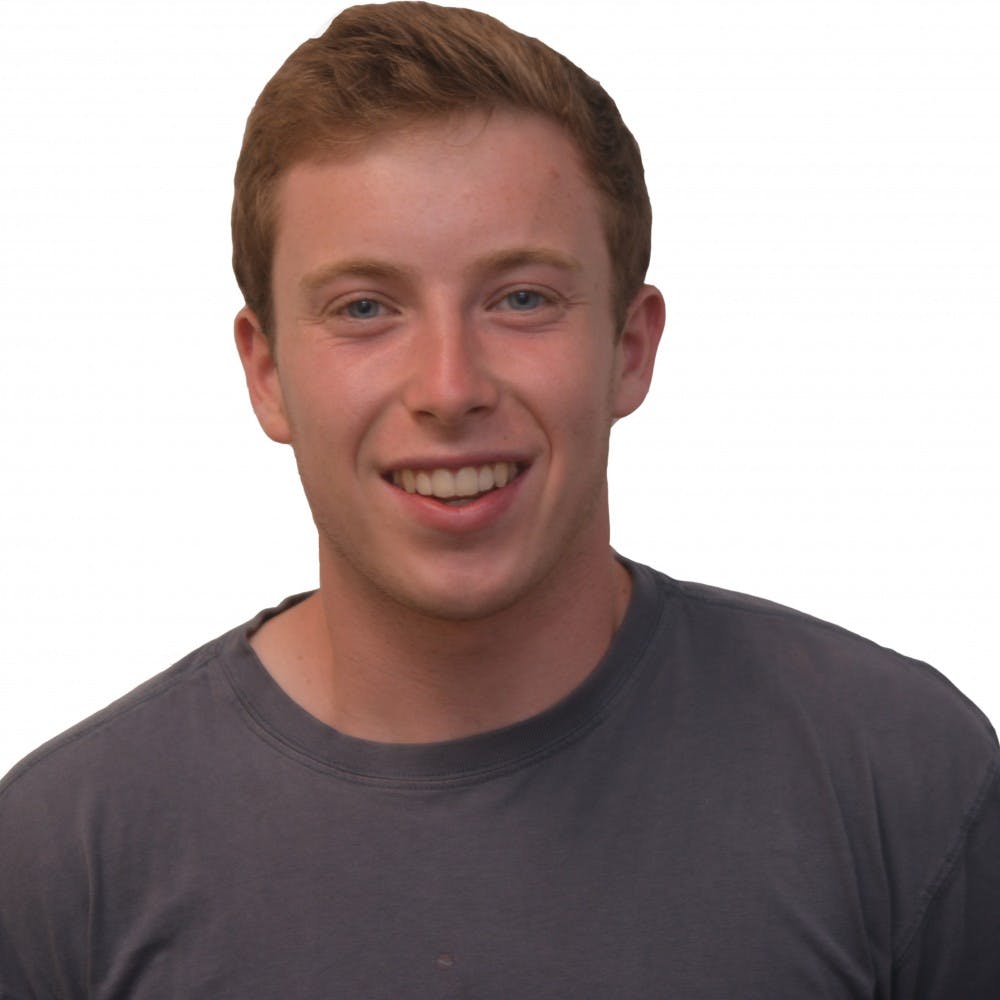 When Yale men’s basketball beat Baylor in the first round of the 2015 NCAA Tournament, the entire sports world celebrated the win as a “victory for the nerds.” The kids who studied textbooks at halftime had defeated a Big 12 school on the biggest stage. The David and Goliath references came from almost every media source.

As one of those nerds, I was beyond ecstatic as I watched fellow Ivy Leaguers take down a team of 5-star recruits, including some we may someday be watching in an NBA arena.

With all that said, Yale’s victory also reminded me of the borderline irrelevance of sports here at Penn, and on most campuses across the Ivy League. We simply do not care.

Every year, one of my fellow Daily Pennsylvanian sports section writers tries to fight the apathy. They plead for the student body to start caring about their school’s sports. Head down to the Palestra on a Friday night! Rhodes Field is only a 40-minute walk, you can do it! Uberpool to see a squash match at Temple!

Snow | The Penn administration should mandate the attendance of athletic events

I too, was disappointed when my freshman year Homecoming football game was more than 75% empty. I was more disappointed to cover my first college basketball game, the season opener for the men’s team. There was the Penn Band and a group of loud moms, but little else.

Believe it or not, we actually have a history of college basketball success here at Penn.

The Quakers made a historic run to the Final Four in 1979, falling to Magic Johnson and Michigan State in the national semifinals. Not until 2010 when Cornell, led by current Quakers head coach Steve Donahue, was there another Ancient Eight team in the Sweet 16. But according to Donahue and other collegiate basketball experts, that is going to change.

At the beginning of the season, the DP sports department sat down with Donahue to preview his team’s season.

When asked about the future of Ivy basketball, he proceeded to speak, uninterrupted, for several minutes about how Yale’s win is just the start of success at the national level that the Ivy League programs have been without for over 50 years. He felt with new recruiting tactics, along with the aura and prestige of attending an Ivy institution, programs are now better able to reach out to a whole new type of recruit (i.e. outside of northeastern private, prep schools). He said that not only will Ancient Eight schools be more competitive at the national level, but watch as more players overlooked by the top level of Division I basketball, after three or four years to work on their games, will be on NBA rosters.

Well, I have another change that could make Ivy League basketball more competitive, and maybe, just maybe, will get some students out of Van Pelt and into The Palestra. Scholarships.

The top D-1 programs usually, under NCAA rules, can offer up to 13 men’s basketball scholarships. The Ivy League, with its worldwide reputation of academic excellence (and connections) has always scoffed at the idea of giving out athletic scholarships.

We don’t need them for any other sport, and that includes football. Our Penn football team, the “back-to-back Ivy League title winners” (sharers), doesn’t need scholarships. They play in the FCS, and when it comes to Ancient Eight football, all that matters is the Ivy Title. Basketball is different though.

Not only does Penn basketball actually play matchups with top NCAA squads (see: Villanova) every year, but the winner of the Ivy League gets a showdown with a team at March Madness that is usually a five seed or higher. We could witness a Penn team compete at the highest level, on national TV. People may be betting on us for a change.

Just two scholarships per team are all I ask for. If programs are already changing their “recruiting tactics” to go after top-level talent, why not offer these kids a free ride? Penn often recruits some of the best kids in the country, but doesn’t really come close to getting them. We don’t have the basketball reputation, the fan base, and the spotlight, to get those kids. Not to mention, they will still be stuck with paying thousands of dollars.

Scholarships won’t change the nerdy vibe that makes the March upsets even sweeter. Instead, they’ll give Ivy programs a couple of top-level players that may allow the conference to compete at the national level. Maybe at-large bids for an Ivy League team won’t be automatically out of the question any more. Maybe just a little extra talent will make another 1979 run possible again. Maybe then we will care again.