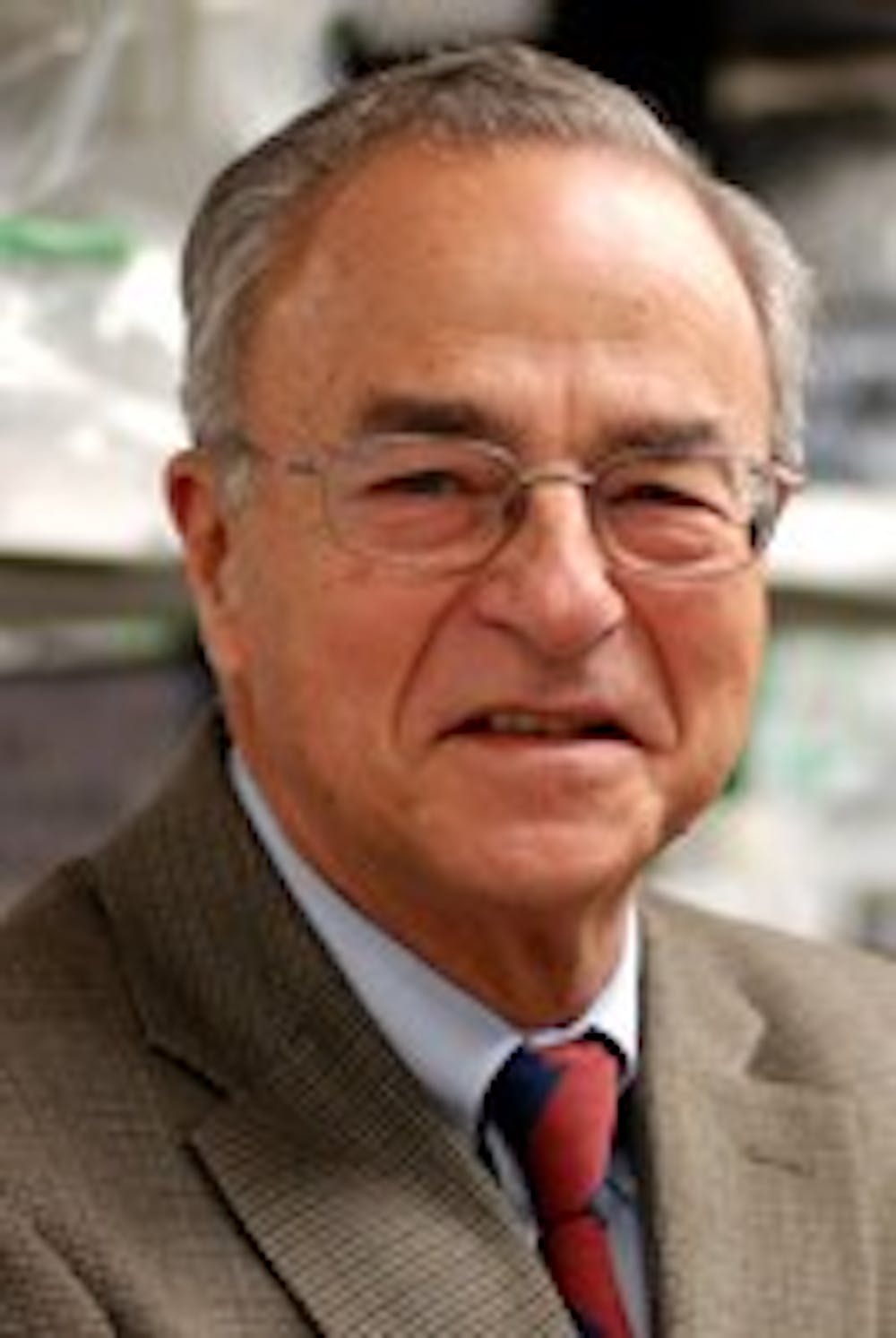 There’s nothing more heartbreaking than a dog that can’t see his owner, but Gustavo Aguirre, professor in the School of Veterinary Medicine, dedicates his time to giving them sight.

On Jan. 29, Aguirre received the prestigious 2016 Louis Braille Award for his pioneering work in the research and treatment for vision disorders. Aguirre, a professor of both medical genetics and ophthalmology, has investigated the genetic basis of a wide variety of inherited blinding diseases and has even restored vision in dogs.

One of his most famous projects was using gene therapy in a novel way in 2001 to restore vision in a dog named Lancelot, who was born blind due to a hereditary disease. Clinical trials for the same treatment in humans have been shown to be effective and safe so far, and are being offered at the Children’s Hospital of Philadelphia and in Canada and London, and are being expanded to other areas of the United States and Israel.

Aguirre was inspired by his love of horses to become a veterinarian. Growing up in Cuba, he would spend his childhood days riding horses on a farm near his house and dreaming of one day caring for them whenv they got sick. However, while Aguirre was getting his VMD and PhD at Penn, his eyes were opened to the world of ophthalmology.

“It’s something that has puzzled me and interested me from the very beginning ... Even before all these fancy imaging techniques were available, you can visualize the structure and diseases [in the eye] because they’re readily visible,” Aguirre said. “If you have a kidney problem or a liver problem it’s very difficult to see the organ unless you open it up and look but here you’re looking directly into the tissue.”

Since arriving at Penn, he has become a world-renowned expert in vision disorders. He developed gene therapy for X-linked retinitis pigmentosa, which is one of the leading causes of inherited blindness in humans.

He said that he was surprised by the award but felt extremely honored by the appreciation for research to which he has been committed for many years.

Despite receiving recognition for his pioneering work, Aguirre emphasized that none of it would have been possible without the help and support of the people working beside him.

“Science is done as a team effort and this is a team,” Aguirre said. “I was recognized today, others will be recognized tomorrow, but we all realize as a group that no one individual isv the one leading this effort.”