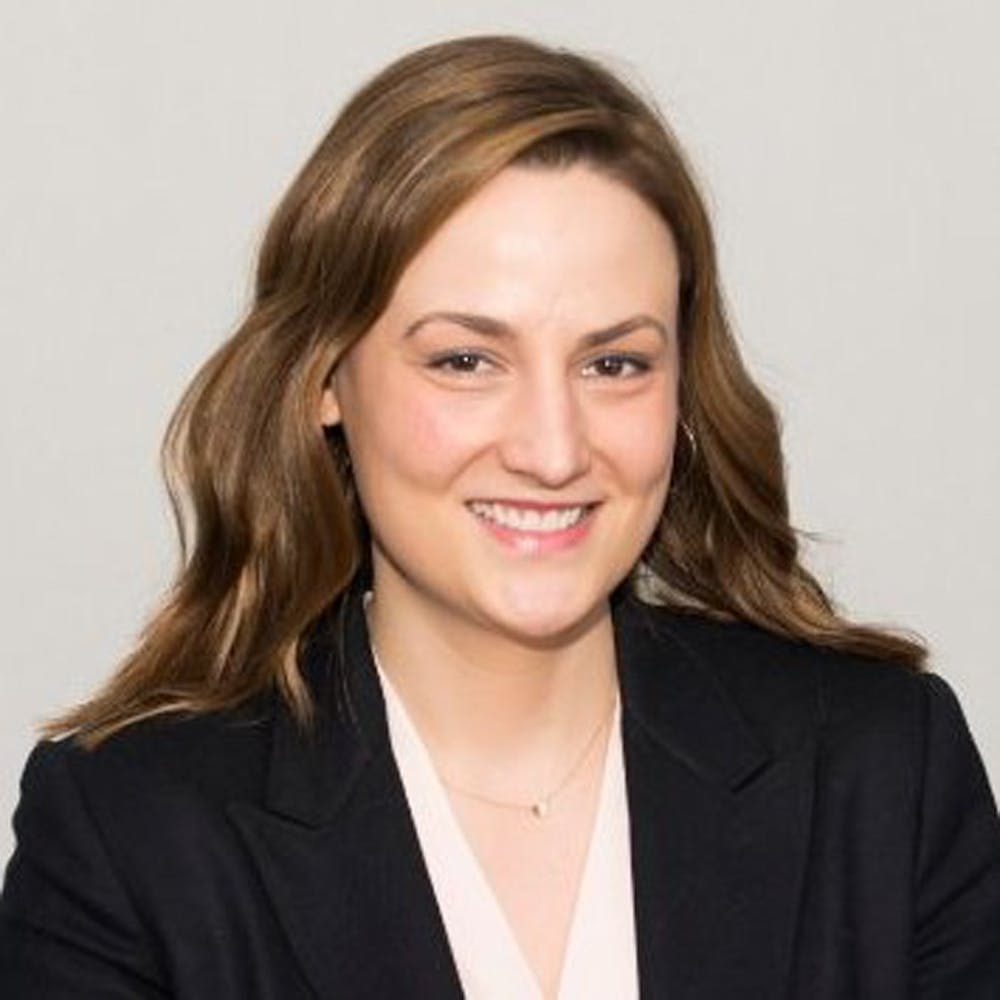 Alcohol and drugs are on the mind of one Penn administrator every day of the week. The Office of Alcohol and Other Drug Program Initiatives helps students navigate the risks and dangers of substance use, and a new director is taking the helm. Noelle Melartin, the new director of AOD, served as associate director from 2010 until March 2015, when she was promoted to her new position. The Daily Pennsylvanian sat down with Melartin to talk about her office and her new role.

Daily Pennsylvanian: I’ve heard from a lot of students that they don’t know about all of Penn’s resources. You’ve spoken about raising awareness about what AOD is and what it offers. What specifically is AOD working on now to raise awareness in that way?

Noelle Melartin: Well that’s a good question. Why don’t I just give you a rundown of all the different areas that we work with students on ... First Step is our counseling service for students who are experiencing any kind of negative consequence from alcohol or other drug use. From there, we can also provide referrals to other services. We also can consult and offer support to students who are concerned about their friends or somebody in the group where they have a leadership role. Being in a leadership role often means that when there’s a problem, you’re the one who hears about it and you’re the one who’s expected to do something. ... One of the other major things that our office does is party registration, so for groups on campus that want to host an event with alcohol, they have to register the event through our office and what that does is they receive a lot of guidance and support on how to host an event that is safe or safer.

DP: Other Ivy League institutions, like Dartmouth College, have recently banned hard liquor on campus. Does AOD have any plans to change Penn’s policy?

NM: Penn’s alcohol policy was reviewed in 2011 and up until that point hard alcohol was not permitted at all, and so parties could only host with wine or beer. We also don’t allow kegs on this campus or any kind of mass consumption vehicle. As of the 2011 policy review, hard liquor is permitted in certain types of parties. So a registered event with 150 guests or fewer, with a set guest list, may have hard alcohol served at their parties. We know that it’s not very often that these groups are having 150 people and the set guest list, so it’s really more like special occasions. ... So it is permitted under certain circumstances at certain parties, but across the board it’s not something that has been permitted. I know that it’s widely used outside of the context of registered events, but as per university policy, it’s actually only permitted at those certain small events.

DP: You spoke before about training students to talk to their friends if they’re using drugs or drinking too much. Can you speak a little bit more about that?

NM: There are a few major groups that we train every year. So for example, [residential advisers] and [graduate associates]: They are often the ones on the front lines when something is happening, so when somebody comes home at the end of the night and they’re really really sick or something else is going on or their roommates are concerned about them, they’re often the ones who are called to respond first. We want RAs and GAs to have some preparation for how to approach students when they have that kind of concern or what are the things they should look out for in terms of negative consequences or changes in behavior, as well as what they should do next. We train them on the resources that are available, and they also receive training from their house dean in terms of the protocol for responding when there’s an alcohol or other drug situation. So that’s one really important group that we meet with every fall. We also train the Greek social chairs and presidents in terms of party registration policies and also how to respond if an incident happens in their house or within their group. And then other groups of student leaders like students who work at the tutoring center and students who serve as teaching apprentices. We are able to give them some level of information so that they feel somewhat equipped to respond if a student were to come forward with an issue.

DP: A big concern and topic on campus over the course of the past year, I’m sure you know, is mental health. What role do you think that this office plays in mental health-type initiatives on campus?

DP: Is there anything that you’re particularly enthusiastic about or excited about in your new position?

NM: I’m really excited about the opportunity to work with a broader range of student groups. As associate director, I was in charge of the First Step program and I really do love meeting with students one-on-one and providing the counseling. It’s been really exciting for me to experience the other side of things and get out there more and interact with students in a different way.

This Q&A has been lightly edited for length and clarity.