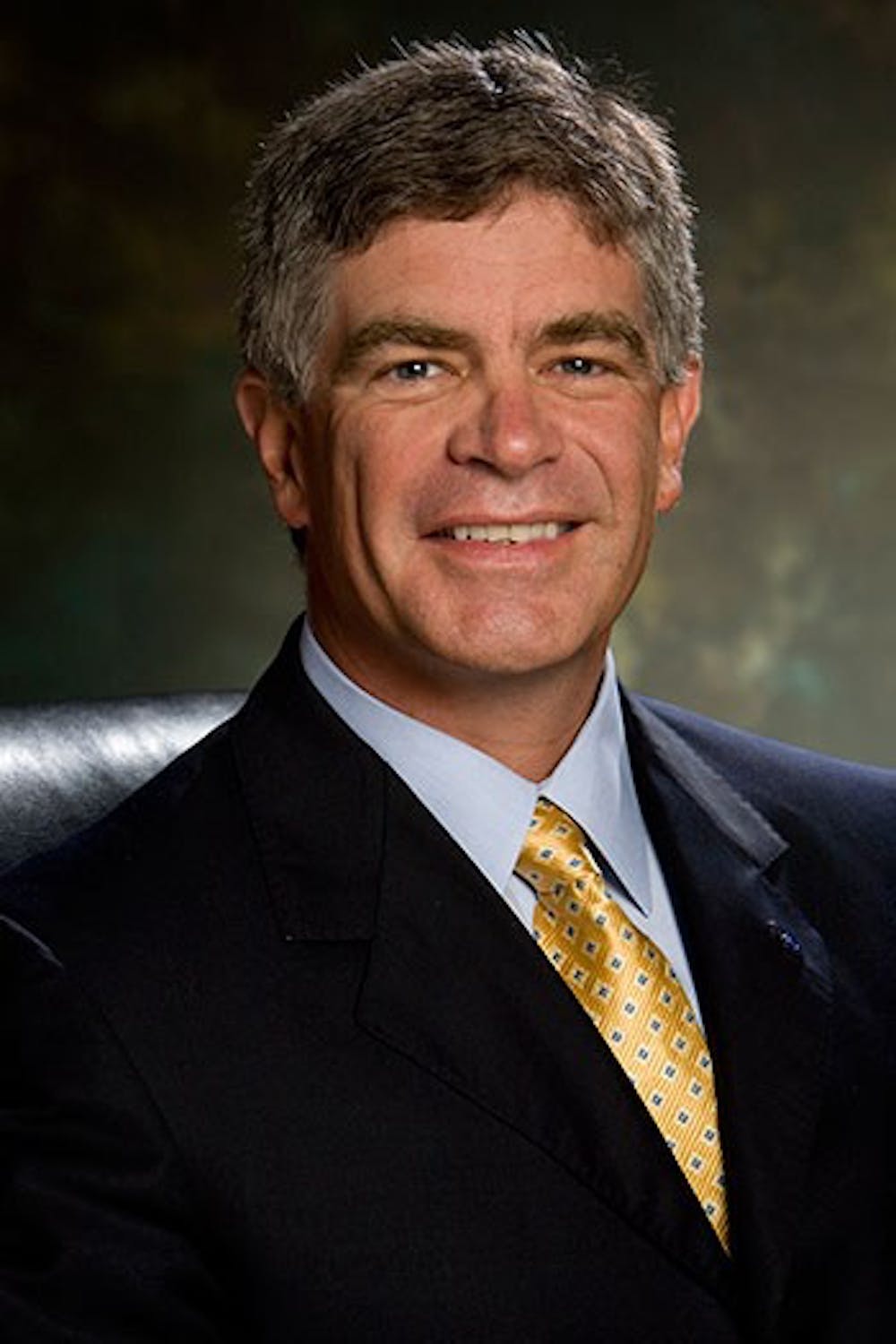 On Monday, Harker — currently the president of the University of Delaware — was named the next President and CEO of the Federal Reserve Bank of Philadelphia, effective July 1. This role will put him in charge of one of the 12 regional Reserve Banks, which oversees the Third District of eastern Pennsylvania, southern New Jersey and Delaware. It will also give him a voice on the powerful Federal Open Market Committee, which dictates the nation’s monetary policy. He is replacing economist Charles Plosser, who retired from the post on Sunday.

James E. Nevels, chairman of the board of directors of the Philadelphia Fed, said that among the diverse pool of candidates, Harker was the most qualified for the job.

“His deep roots in the region, his distinguished career in academia, his drive for innovation, and his passion to make our region an economic engine for the future truly impressed our board,” Nevels said in a press release.

Harker, who has served on the Philadelphia Fed’s board for the last three years, has been at the helm of the University of Delaware since 2007. Prior to that, he had been Wharton’s dean for seven years. Harker expressed his excitement to be taking on this new role.

“As a lifelong native of the Third District, I am honored and excited to be asked to serve as the president and chief executive officer of the Federal Reserve Bank of Philadelphia,” Harker said in a press release. “I look forward to working with the Bank’s dedicated staff to continue the Philadelphia Fed’s vital service to the District and the nation.”

Harker is also a proud Penn alumnus, having received his bachelor's, master's and doctorate in civil engineering all from Penn. His wife, Emily Saaty Harker, graduated from Wharton in 1981.

“It is a pleasure to be able to welcome Pat back to Philadelphia. He was a superb dean at Wharton and a highly successful leader of the University of Delaware,” President Amy Gutmann said. “He brings exceptional leadership skills to his new post with the Federal Reserve, and we wish him great success in this very important position."