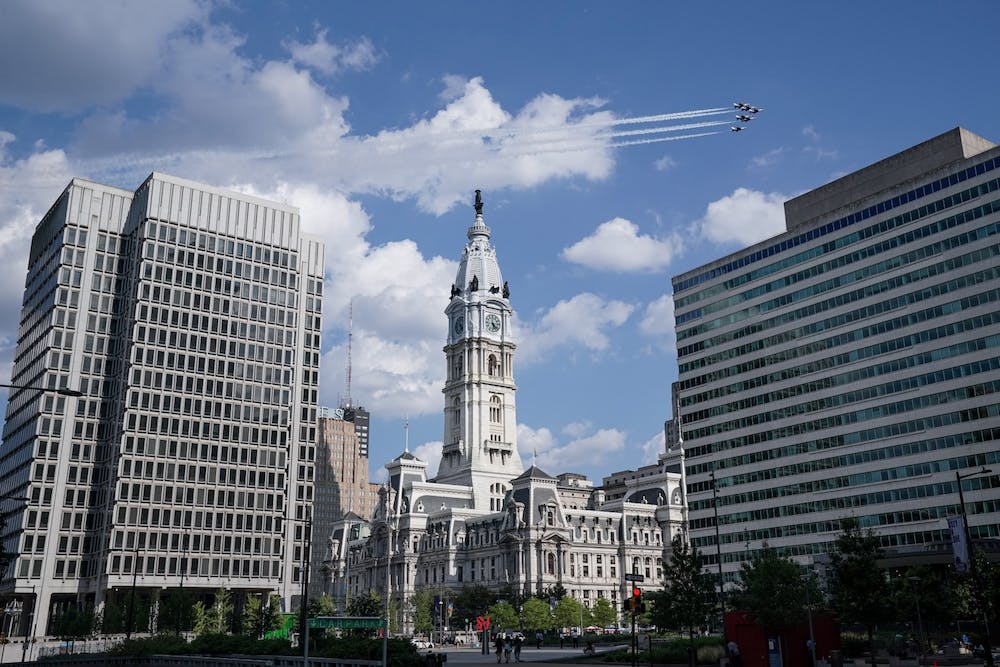 The United States Air Force Thunderbirds soared above City Hall at 5:22 p.m. Philadelphia was their third stop on a route over four cities that were significant in the United States' path to achieving independence.

Independence Day celebrations in Philadelphia were far quieter than usual this year amid the COVID-19 pandemic. The Wawa Welcome America Festival, which has been Philly's signature 4th of July celebration since 1993, was held virtually, and official firework shows above the Philadelphia Museum of Art and the Benjamin Franklin Bridge were canceled.

The day also came as protests in Philadelphia continued in support of the Black Lives Matter movement. Independence Day has recently come under criticism because not all people in America were freed on July 4, 1776; slaves were not given complete freedom until June 19, 1865. Despite increased restrictions on social gatherings, there were still some celebrations and other commemorative events throughout the city. Here's what Philadelphia, the birthplace of America, looked like during the nation's 244th birthday.

Protesters occupied the streets in front of the Municipal Services Building and City Hall to call for Philadelphia Black activist Mumia Abu-Jamal’s freedom from prison.

Volunteers handed out slices of watermelon for marchers as temperatures rose toward 90 degrees.

A man wearing a mask passed an empty Independence Mall.

Pedestrians walked along the streets wearing celebratory clothes and accessories.

While visitors weren't able to enter Liberty Bell Center, many lined up outside to look at the bell through a window.

Some people rode motorboats on the Delaware River to enjoy the holiday.

The annual fireworks show above the Philadelphia Museum of Art was canceled due to the COVID-19 pandemic.

Fighter jets and the Northrop B-2 Spirit, also known as the Stealth Bomber, flew above the Comcast Technology Center.

A sign at Race Street Pier, just beside the Benjamin Franklin Bridge, reminded visitors that the fireworks show at Penn's Landing was canceled.

A party atop Cira Green, presented by Sunset Social, Walnut Street Cafe, and The Post showed the Wawa Welcome America 2019 fireworks display on a screen for attendees to watch.

Although there were no official fireworks shows, the day concluded with fireworks above the Schuylkill River.