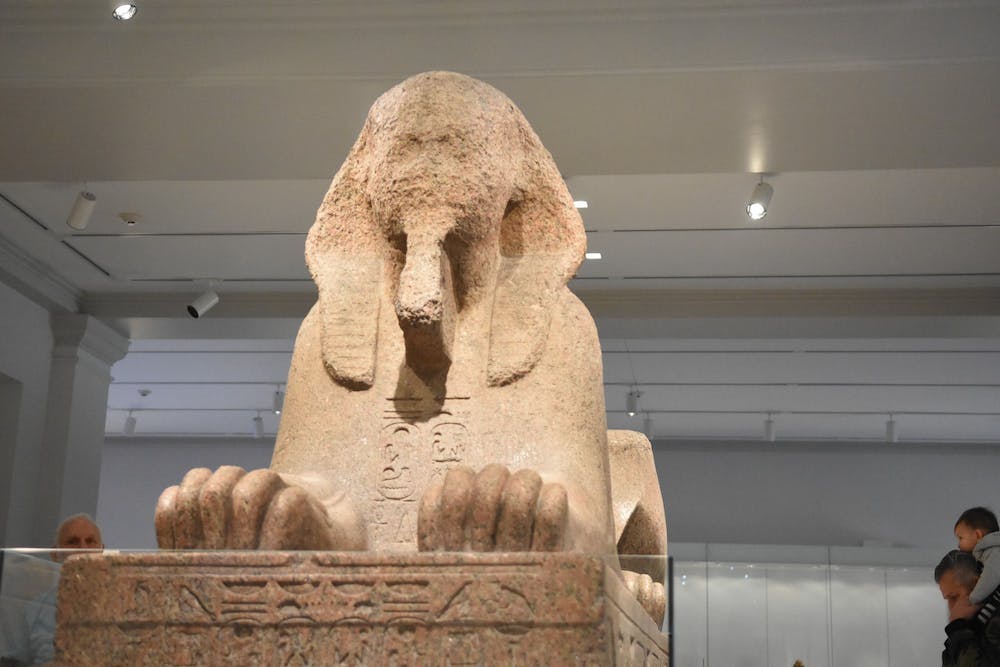 The Penn Museum celebrated its reopening to the public with the newly restored Mexico and Central America Gallery, Africa Galleries, and the Sphinx Gallery on Saturday. The 25,000-pound Sphinx of Ramses II now welcomes visitors at the main entrance. The weekend-long event featured hands-on activities and demonstrations for visitors.

The Penn Museum moved the Sphinx for the first time in nearly a century on June 12. The relocation team transported the 3,000-year-old statue from the Egypt Gallery to the main entrance hall as the last part of the three-day, 300-foot journey.

The event was organized in partnership with NBC10 Philadelphia, Telemundo 62, and the Center for Africana Studies from the University of Pennsylvania.

The 2000-square-foot Mexico and Central American Gallery houses more than 250 artifacts – the largest collection of Mayan monuments in the United States.

Located in the Mexico and Central American gallery, the Penn Museum has the most Maya stone stelae or upright stone on view in the United States.

A spiritual leader leads a blessing of the African galleries.

There was a marketplace filled with Latin American and African goods such as jewelry.

A woman demonstrates how to back-strap weave a scarf.

Calaveras, a representation of a human skull, were on display to honor Dia de Muertos or Day of the Dead.

Visitors got a chance to look at the Penn Museum Archives.

Throughout the day, guided tours gave visitors a deeper understanding of the different galleries.

The 4,000-square-foot Africa Galleries showcases 300 artifacts such as the elephant tusk.