Snyder | Don't give Penn football the title quite yet 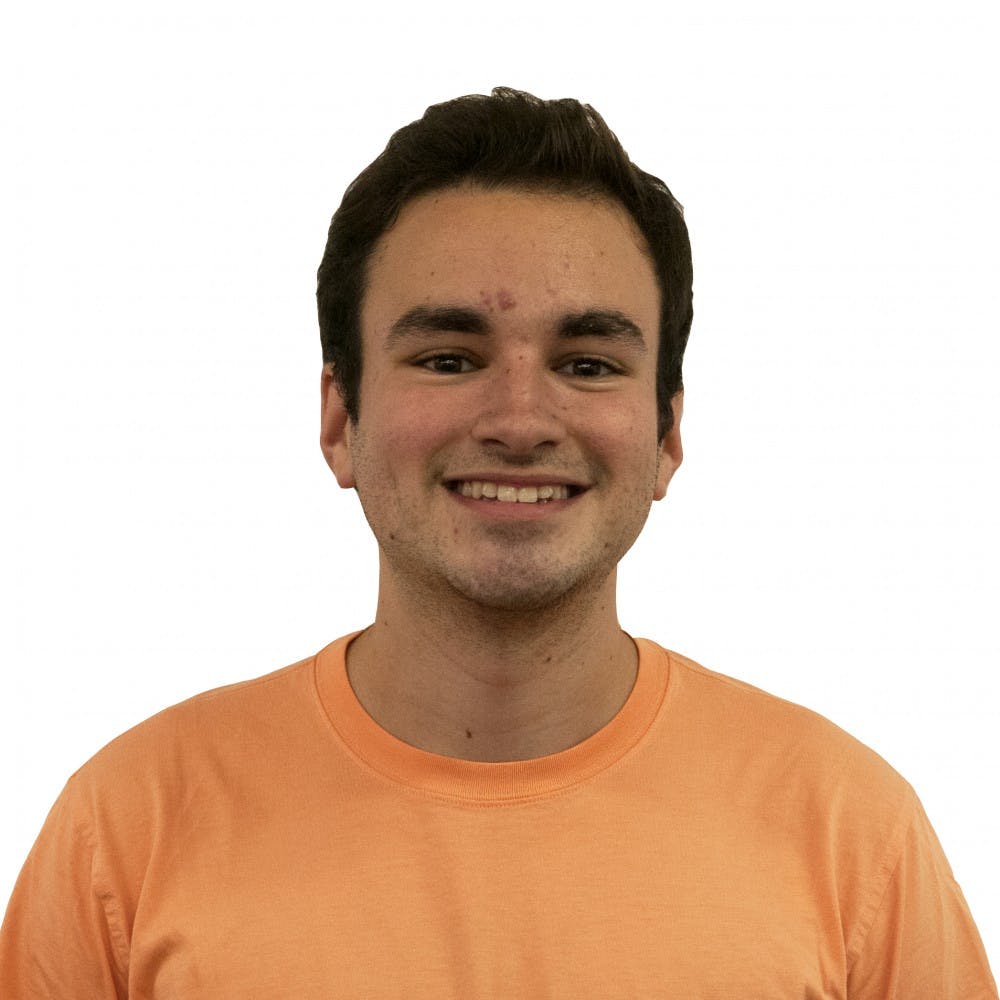 Here at the University of Pennsylvania, students are often victims of setting the bar too high for themselves, creating stress and unnecessary expectations. Though the Quakers are confident they can pull off a three-peat in football, many outside the program do not view Penn as the favorite to win the Ivy League.

Now it’d be silly to say that the Red and Blue aren’t championship contenders, but there is an extreme danger with using these past two seasons as a benchmark for the upcoming one.

The first glaring issue is that Alek Torgersen, Penn’s Mr. Reliable and leader during the past two championship seasons, has graduated and moved onto the NFL. And while it’s never easy to replace someone who is your school’s all-time passing TD leader, the decision became even more muddled when Michael Collins, the only other quarterback who played a snap last season besides Torgersen, transferred to TCU. Yup, you heard that correctly. Three quarterbacks (freshman Ryan Glover, sophomore Nick Robinson, and senior Will Fischer-Colbrie) who have never taken the field for the Quakers, are battling for the reins of this year’s championship charge.

Now it would be foolish for me to say that a new face behind center means you should write off this season — it just makes the climb tougher and much more uphill. Whoever wins the job will have to develop chemistry with star senior wideout Justin Watson in a hurry so that his talent is fully utilized. The starter will also have to deal with the pressure of filling Torgersen’s shoes. Can he do these things? Maybe. Possibly. Probably. The point is, we don’t know for sure and won’t know for sure until the season is underway.

Now a lot of you are probably sitting there saying, “but Jacob, you’re being way too quarterback-centric!”

And you’re probably right. While Torgersen’s graduation leaves a big hole to fill in the team, many of the other feature members of last year’s team such as Watson, running back Tre Solomon, and many of the defensive standouts are back. Their presence gives reason for optimism.

But not foolish optimism. A wideout cannot lead a team to a conference title by himself. Neither can a linebacker or a safety. Every player who contributed to last season’s Ivy title will have to replicate their performances and then some. And even though I’m sure these players are up for that challenge, for now it still is just that — a challenge.

One final issue I’d like to touch on is the general idea of the possibility of an Ivy League football dynasty. In many NCAA sports, we see teams emerge as perennial (or at least long-term) championship contenders. In the case of college football, Alabama comes to mind. The Crimson Tide are competing for national titles every year, even after large squad turnover. So why can’t Penn do the same in the Ivy League? The main difference is that schools like Alabama are football “factories,” churning out NFL caliber talent year after year. Many athletes go to Alabama specifically for the football program.

That simply is not true about any of the of the Ivy League programs. Sure, some teams have a better history than others. But when a star player graduates, there hardly ever is a ready-made stud replacement waiting in the wings. The large majority of Ivy League football players are here primarily for the education — and hey, that’s a good thing! But it makes it incredibly difficult for one school to grab the conference by the scruff of the neck and win a series of football championships in a row. In just the past decade, five different teams have won shares of an Ivy title, and four in the past two seasons alone.

So here’s the bottom line — manage your expectations. Don’t think that just because Penn has had a couple successful seasons that they’re automatic contenders. At the same time, don’t think that the Red and Blue have no shot. Part of the beauty of sports is that you never know which team will be atop the mountain when the dust settles.

And you never know, it could be the Quakers once again.