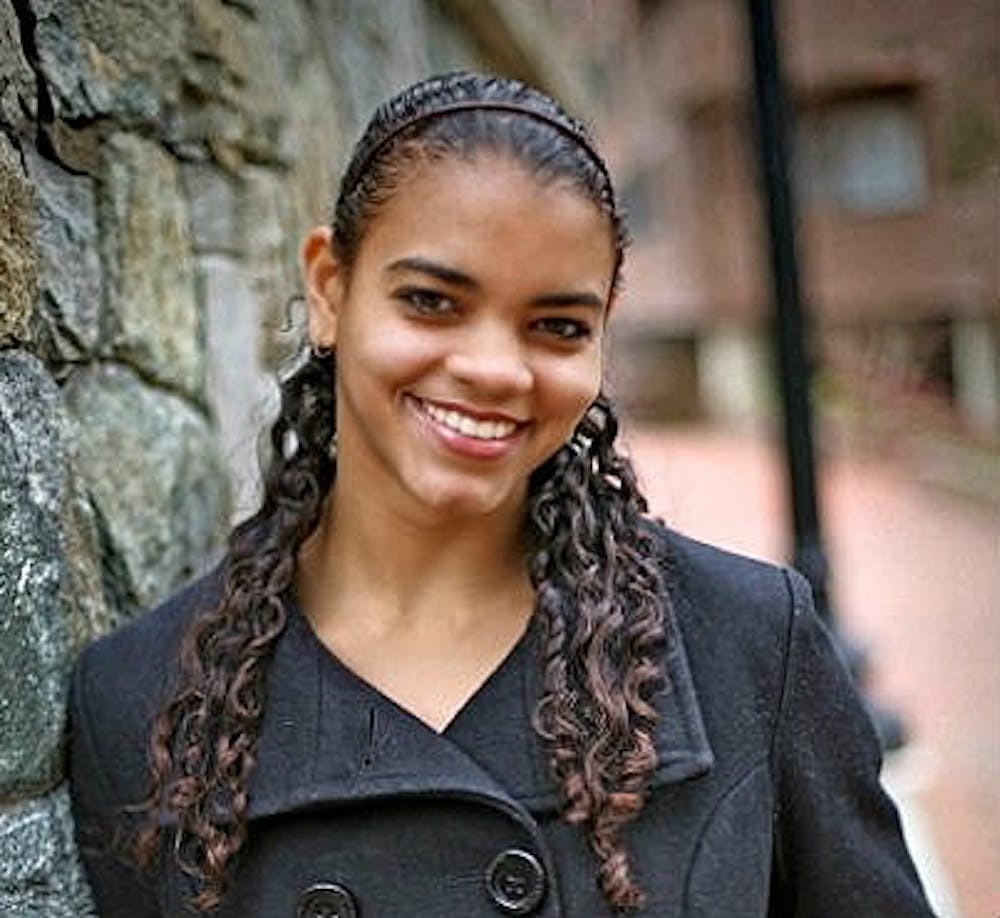 College senior Jennifer Hebert has been named as a 2016 Rhodes Scholar.

On Sunday, the Office of the American Secretary of the Rhodes Trust announced the 32 winners of what is considered the nation’s most prestigious scholarship. Hebert and her fellow recipients will receive two or three years of free study at the University of Oxford beginning in October 2016.

Hebert, a biological basis of behavior major from Pittsburgh, is the first Penn student to win one of the American scholarships since 2009 College graduate Sarah-Jane Littleford. Last year, 2015 College graduate Rutendo Chigora received one of her native Zimbabwe’s two scholarships. Another Penn student is expected to be named as one of Canada’s 11 Rhodes Scholars later this week.

“All of us at Penn are extraordinarily proud of Jenna,” Penn President Amy Gutmann said in a statement. “She is making her mark in the world of neuroscience research as one of the most multi-talented young scholars in the United States.”

For the first time in five years, a Rhodes Scholar from Penn

Penn receives no Rhodes Scholars for fifth year in a ro

Hebert plans on working towards a master’s in psychology at Oxford.

“I’m planning on studying the influence of microbes in the guts on brain biology and their relevance to mental illness,” she said, explaining how recent research has found that certain bacteria in the gastrointestinal tract might influence the brain. Her senior honors thesis is focused on the effects of nicotine and stress on neural circuitry.

She plans on pursuing a career in psychiatric research and was drawn to Oxford because of the “very innovative approach” it is taking to the field.

“Generally psychiatric research is very brain-focused,” she said. “But [at Oxford] they’re looking beyond the brain and looking at other changes in the body and the effect that they may have on the brain.”

Obtaining this prestigious honor was no easy feat. More than 2,000 students applied for Rhodes Scholarships this year. First, Hebert had to apply for Penn’s endorsement for the scholarship.

After receiving that, she was among 12 students selected to interview for the two regional district spots. It was a 12-hour interview process at Haverford College.

“The questions are designed to challenge you,” Hebert said. “You’re supposed to struggle through each question that you’ve never come across before.

“It was a long day but it ended well,” she added.