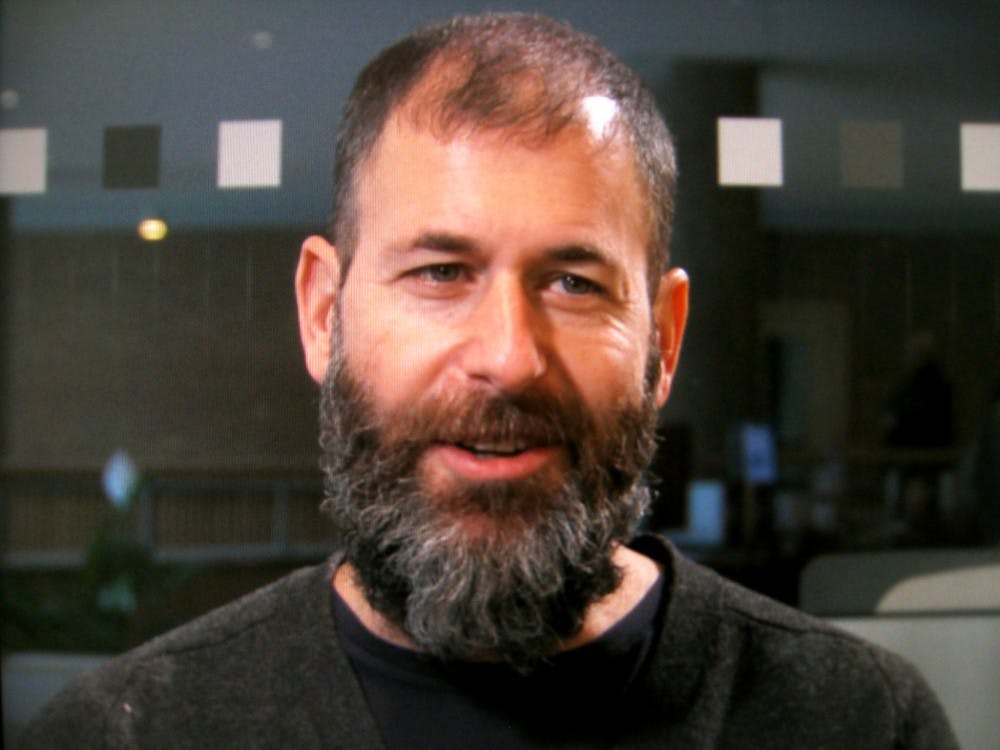 For the second time this school year, Penn writing professor Kenneth Goldsmith has made headlines for his eccentric work.

Goldsmith, a conceptual poet perhaps best known for his self-described “uncreative writing” and avant-garde outfits, has been the recipient of much criticism after reading Michael Brown’s autopsy report on March 13 at Brown University’s third annual “Interrupt” conference. Goldsmith received much media coverage in the fall regarding his class he’s teaching this semester, “Wasting time on The Internet.”

At the conference that focused on digital culture, Goldsmith read a poem titled “The Body of Michael Brown” as Brown’s graduation photo was projected behind him. The poem was simply a copy of the medical examiner’s report on Brown’s autopsy with some changes to make the medical terms more understandable to the average person and to enhance the “poetic effect.”

After much criticism online and even death threats, Goldsmith took to Facebook on March 15 to clarify his intentions. He explained that the poem could be considered an extension of his 2013 book, “Seven American Deaths and Disasters,” a compilation of television and radio reports from the assassinations of John F. Kennedy, Robert F. Kennedy and John Lennon, as well as the Challenger disaster, the Columbine shooting, the Sept. 11 terrorist attacks and Michael Jackson’s death.

“In the tradition of my previous book ‘Seven American Deaths and Disasters,’ I took a publicly available document from an American tragedy that was witnessed first-hand (in this case by the doctor performing the autopsy) and simply read it,” Goldsmith wrote. “Like ‘Seven American Deaths and Disasters,’ I did not editorialize; I simply read it without commentary or additional editorializing.”

“Perhaps people feel uncomfortable with my uncreative writing, but for me, this is the writing that is able to tell the truth in the strongest and clearest way possible,” he added.

One day later, Goldsmith again posted on Facebook, requesting that Brown University not release the recording of his performance out of respect for those offended by it. He also said he would be donating his speaker fee from the event to Michael Brown’s family.

“There’s been too much pain for many people around this,” he wrote, “and I do not wish to cause any more.”