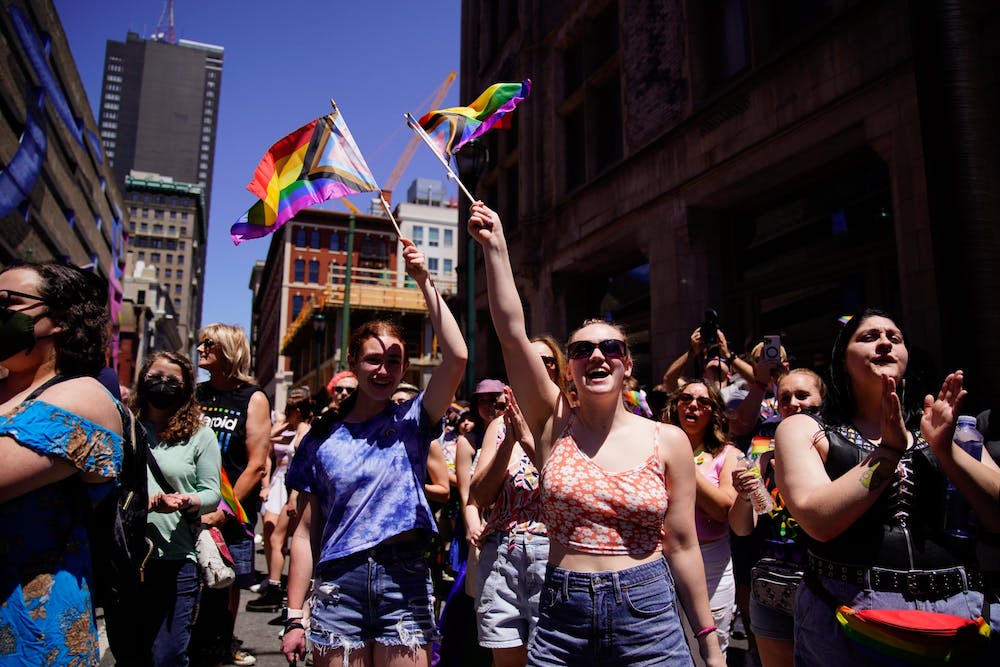 On June 6, Pride returned to Philadelphia. This year's Pride March was organized by the newly-formed PHL Pride Collective, whose website says one of its central goals is to cultivate a movement that “centers Black and Brown queer and trans communities.” This is the first Pride since Philly Pride Presents, the group that used to organize the annual marches, disbanded due to accusations of racism and transphobia.

The march started near the National Constitution Center with remarks from organizers, including a land acknowledgment from local Indigenous elders and speeches from other queer and transgender people of color.

Attendees waved the transgender and progress pride flags as they prepared to skate along the route.

A participant wearing festive gear and the transgender pride flag smiled at passersby from the sidewalk.

Philadelphia City Councilmember and 1993 College graduate Helen Gym participated in the march and interacted with attendees — including an energetic Dalmatian.

Among the performers gathered in Kiki Alley was Tina Montgomery, whose son joined her at the march.

Participants marched from Old City to the Gayborhood, pausing at three points along the way to hear from speakers about topics ranging from local queer history to the importance of anti-racism within the LGBTQ community.