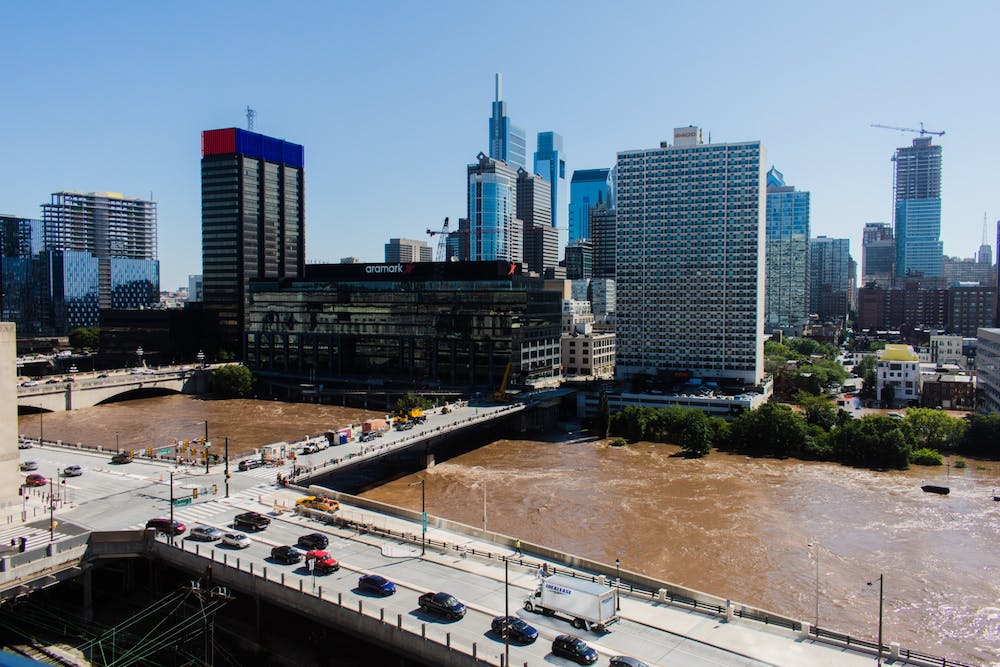 The remnants of Hurricane Ida brought severe flooding to Philadelphia on Wednesday night and into Thursday, shutting down major roadways and causing the Schuylkill River to overflow. Here's what it looked like.

Some students first found out about the major flooding upon going to the Schuylkill River Trail in the morning, only to find it completely submerged in water.

A family walked through water near Walden Street.

Untreated water from sewage and stormwater systems combined with the rain that fell on Wednesday night, turning the water brown.

A man took a selfie at the edge of water that had flooded a parking lot.

An exit sign on I-76 northbound is seen reflected on the water.

A dog excitedly pulled its owner through water that had flooded 23rd Street.

The Vine Street Expressway (I-676) flooded the length of several blocks, shutting down to cars early Thursday morning.

Some parked cars throughout the city were covered up to their hoods.

Members of the Army helped in the cleanup efforts. Many roads were blocked off by police tape.

Many people walked and biked onto I-676 to get a closer look at the flooding.

The Schuylkill River and Rhodes Field, as seen from the Perelman Center for Advanced Medicine South Tower

A car on 26th and Walnut streets sat in front of a mural reading "Always Resilient."

Austin Ferdock relaxed in the waters that flooded I-676 in a floating tube, bringing along two cans of beer.

The Schuylkill River crested at 16.35 feet, nearly reaching the record-high of 17 feet that was set in 1869. It is unclear how long it will take for the river to drain.