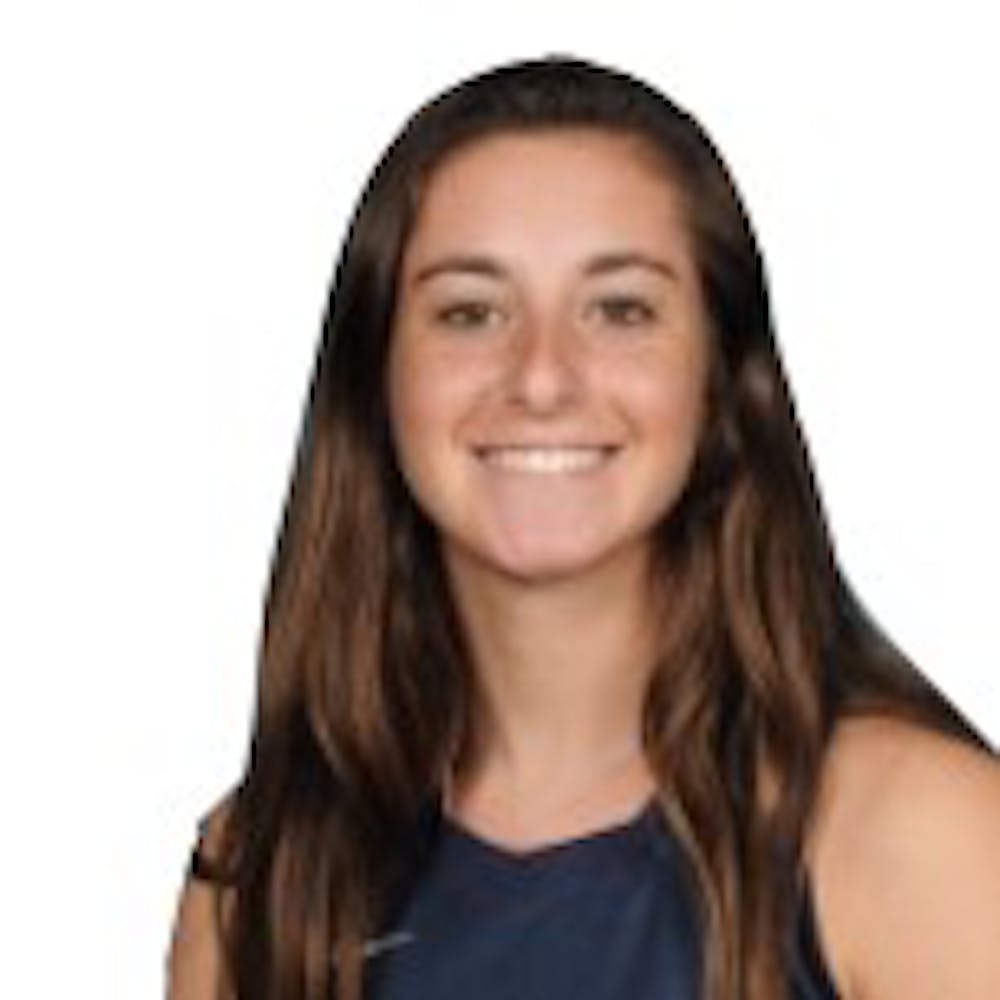 A few weeks ago, I wrote an article about something very relevant to me and my Penn experience: Penn athletes who have switched sports. And while most Penn students find this to be rare or odd — even other Penn athletes — it is something that should not be overlooked as an easy experience. In fact, it is one of the most difficult experiences I have ever been faced with in my life.

Most athletes, including myself, come in with a perfect image of what it means to be a Division I athlete. I committed in the fall of my junior year to Penn field hockey as a goalkeeper. Unfortunately, the experience that I endured was something so unexpected and disheartening that still, to this day, it’s hard to accept. I was forced to give up something that granted me so much pride and joy; something that when I looked in the mirror, I was proud to be who I was because of how far I had come.

While I had multiple offers from other schools, I chose Penn because the coaching staff made me feel wanted, and when I stepped on campus I felt at home. I’ll never forget the day I committed. I left a voicemail on the coach’s office phone and started to cry because it was one of the best moments of my life. Sadly, when I arrived here at Penn, this joy faded. I was never given an opportunity to play and prove myself as a goalkeeper, not because I was undeserving and incapable, but because it seemed that the coaching staff never bothered to give me the chance.

Many people overlook goalkeepers, but it is actually one of the most mentally challenging positions in all of sport. On our team, it was made even worse because the goalies didn’t train as a unit, but more individually. We were told to “compete against each other” instead of building each other up, so we all had the greatest shot at being on the field. Players could speak disrespectfully to one another, and despite bringing it to the coaches’ attention, very little would be done about it.

Many Penn athletes flip from one team to another — but why?

I’d often ask the coaching staff why I wasn’t playing, and they’d respond, “you should know why,” or I’d be scolded harshly. Yet, at practice I was rarely given any corrections to my skills, and the goalie coaching was only aimed at those they wanted to play.

I was working day in and day out, doing extra training, taking any extra shot that I could, but no matter what I did, it never made a difference. I was always overlooked. Being an athlete my whole life, I had never been so mentally unstable as I was during my sophomore season.

Pulled out of the goal cage during practice, stripped of the ability to perform — even in practice to get better — and constantly the underdog. The sport I loved was being taken away from me with no explanation, and I had to watch it happen because it was out of my control.

I soon realized the situation was only going to get worse, and that the depression I was undergoing was so severe that I had to make a decision. I felt like I had become a completely different person, and that all the best qualities of myself as an athlete were being hindered by those above me who disregarded my hard work and dedication. I knew that in the end, my mental health had to outweigh the love I had for my sport. Knowing I may never put my goalie pads on again stuck in my mind then and still sits heavily in my heart to this day.

Once my sophomore season ended, I decided to leave the field hockey team. I am an athlete at heart and wanted to continue being a part of the athletic community at Penn, so I decided to join the women’s rowing team. Coach Wesley Ng accepted me enthusiastically and the team welcomed me instantly, despite my having little experience rowing.

My first day on the team was truly unforgettable — I instantly felt at home and accepted, something I had never felt when I was a part of field hockey. Switching sports did bring positives to my life, as I met some of my best friends by joining the rowing team.

It is hard to describe how it feels to leave behind something so special to you. I often think about how much I wish I could be in my pads again with the team I so much wanted to stay a part of. However, I knew in my heart that it was ultimately damaging to who I was as a person and athlete, and I had to walk away. Rowing is new to me, and while it is one of the most physically grueling sports I have ever done, it is something I value as a part of my Penn experience.

It has taught me to never forget my self-worth and my capabilities, no matter how much people doubt me.