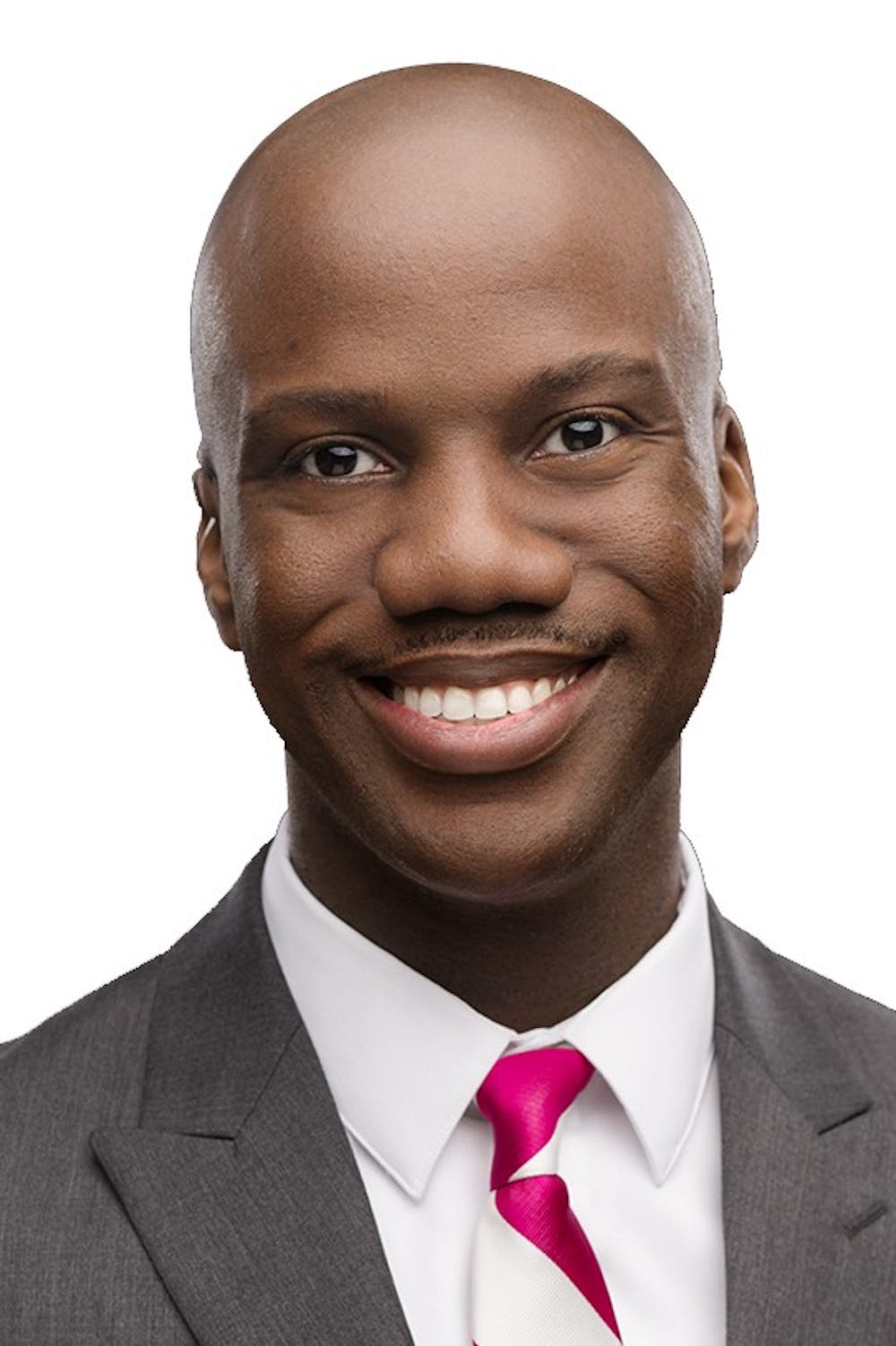 To one Penn professor, Donald Trump's comments about inappropriately touching women should be a call to men everywhere.

In an Oct. 8 op-ed in the Washington Post, entitled "Many men talk like Donald Trump in private. And only other men can stop them," Graduate School of Education professor Shaun Harper said men "have to stop excusing the disgusting degradation of girls and women as 'locker room banter.'"

In an interview with The Daily Pennsylvanian this week, Harper said not all, but too many men engage in sexist and misogynistic conversations in which they degrade and say “Trumpish” things about women.

“When I watched that video, I felt some sense of responsibility as a man and as a researcher of men to use my platform to call attention to the everyday nature of so-called locker-room talk,” Harper said.

Adam Grant: Penn's hypercompetitive culture is 'by far the worst I have ever seen it'

This kind of talk is prevalent, Harper wrote in his op-ed, in locations where men congregate with other men, such as "fraternity houses, on golf courses, in barbershops, at bars.”

As of Oct. 17, the Post article had been read 658,618 times, according to analytics Harper provided to the DP.

“Those who participate in this ‘banter’ are rewarded,” Harper wrote. “Those who choose not to engage, and especially guys who critique such statements, have their masculinities questioned and risk being placed on the outskirts of social acceptance.”

This pattern of learned behavior will be continued, Harper wrote, unless men work to stop it. As a potential solution, he suggested more gender-focused programming that is geared toward men at Penn and college campuses around the country.

“We need to do a better job of creating gendered space in the curriculum for men to understand themselves as men and to talk to amongst themselves in ways that are not locker room talk,” Harper said.

For ten years, Harper has been the faculty chair of Black Men United, which is an undergraduate club that gets together every three weeks to have a civil discussion of specific topics over dinner. Topics of discussion include black men’s experiences at Penn, police brutality, misogyny, sexual assault and homophobia.

BMU creates a space for men to talk about gender, race and politics. The cultural norms are well established, he said.

Harper said he has received thousands of emails from women thanking him for speaking out on this issue and calls from men saying that the article had changed their life.

“The thing I treasure the most after writing this article has been how the piece has raised the consciousness of my friends,” Harper said.

He added, “The piece has helped many men, including the men in my life recognize the Trump in themselves.”