James Lee | The myth of the "Penn Face"

The Conversation | The danger of accepting it as a given 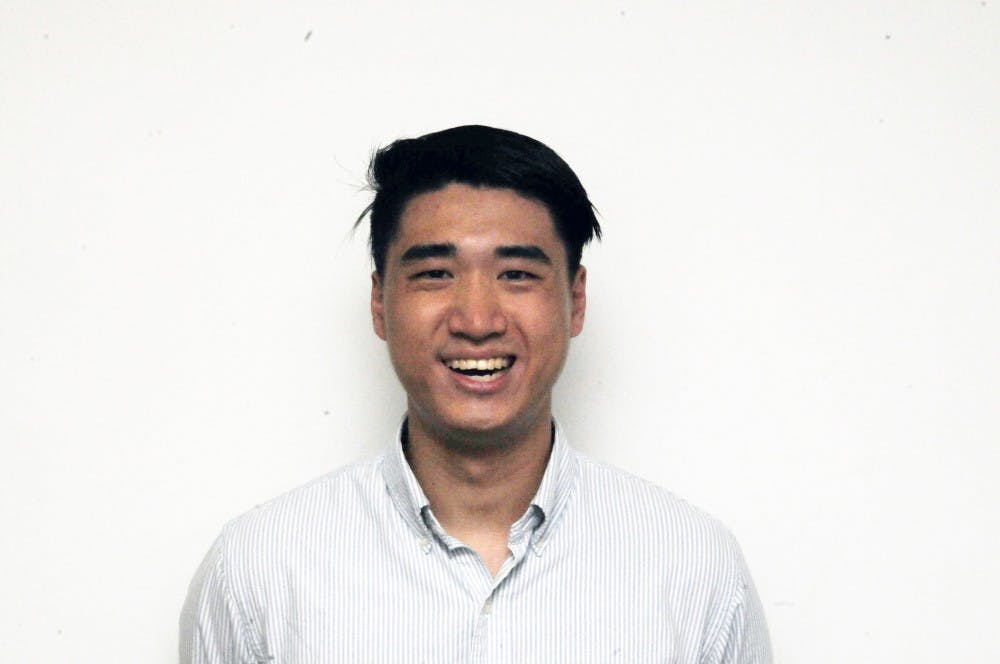 Midterms loom. Recruiting rages on. Winter cannot be far behind.

Having been away from Penn for the last two years, I naturally couldn’t wait to get back and live the good life. The grass on College Green had begun to feel mighty green indeed. There were so many things that I wanted to experience again — the intellectual stimulation, the social scene, the Chipotle. So over the last couple of weeks, books were read(ish), drinks drunk and spilled, Chipotle had an unhealthy number of times. Yet, I also remembered something that I had forgotten — or chosen to forget — while I was away: Penn is really, really hard.

As the excitement of a new school year begins to wind down, a lot of people are remembering or figuring out that Penn is tough on many levels. The saying that college means choosing two out of sleep, social life and grades is especially true at Penn, where both libraries and parties are often at full capacity regardless of the hour. People who considered themselves overachievers will suddenly find themselves faced with the prospect of mediocrity, some for the first time in their lives.

Even for those who succeed academically, the social pressures can be significant. Social status at Penn is centered around Greek life, and trying to break into this scene is a difficult and dejecting process. Students experience the growing pains of trying to manage relationships and building a network of people you can depend on.

So it’s hard. This fact has received more attention over the last few years, as several tragedies struck Penn, sparking a discussion about mental health and wellness at the school. At the center of this discussion was the idea of “Penn Face,” a term used to describe the tendency of Penn students to present themselves as put together and happy even when they’re stressed and struggling. This idea especially gained momentum after The New York Times covered the culture at Penn.

I want to warn against accepting Penn Face as a fundamental element of the debate surrounding the school’s culture. For one, there’s no evidence to suggest that it’s unique to Penn. Stanford students often speak of “Stanford duck syndrome,” used to compare a duck that appears to glide across the water effortlessly while paddling furiously under the surface.

Moreover, students across the country report higher levels of stress and lower levels of emotional well-being in recent years compared to past decades. So this is definitely not just a Penn thing. In a way, even claiming this toxic culture as a part of Penn is a sign of our collective insecurity. We identify this unhealthy phenomenon as something that makes us special.

Furthermore, I would say that this phenomenon is not applicable just to college students. T. S. Eliot famously declared in “Prufrock,” “There will be time, there will be time/To prepare a face to meet the faces that you meet.” Rarely do we ever find ourselves in an environment where it is the norm to fully express our emotions and thoughts. This is often for our own sakes as well as that of others, since we want to present the best versions of ourselves. It’s not just Penn that requires a mask; it’s life.

The danger in this line of thinking is that the solution lies mainly in baring our true selves. When you feel alone in your desperation and unhappiness to the point of self-harm, this might of course be true. But I want to point out that the mental health issue is much more complicated than just the dissonance between how you are perceived and who you actually are, and that there are other factors.

Perhaps it has to do with the systematic failure of Penn as an institution on the issue of wellness. Perhaps it has nothing to do with Penn at all. None or all of these things could be true, but they must all be considered before we accept the Penn Face as an answer to anything.

Ultimately, it’s important to keep in mind that Penn is worthwhile not despite but because of its difficulty. The amount of trust and respect afforded to us due to our affiliation with Penn is not just a testament to our intelligence and natural talent, but also our ability to endure and survive in such a competitive environment.

Those at the top of the mountain didn’t fall there. They climbed. And one must assume that before their ascent, when they gazed upwards at the unknowable peak, they had on their face an expression that that refused to betray fear or uncertainty.

JAMES LEE is a College junior from Seoul, South Korea studying English and Politics, Philosophy, and Economics. His email address is jel@sas.upenn.edu. “The Conversation” usually appears every other Monday.