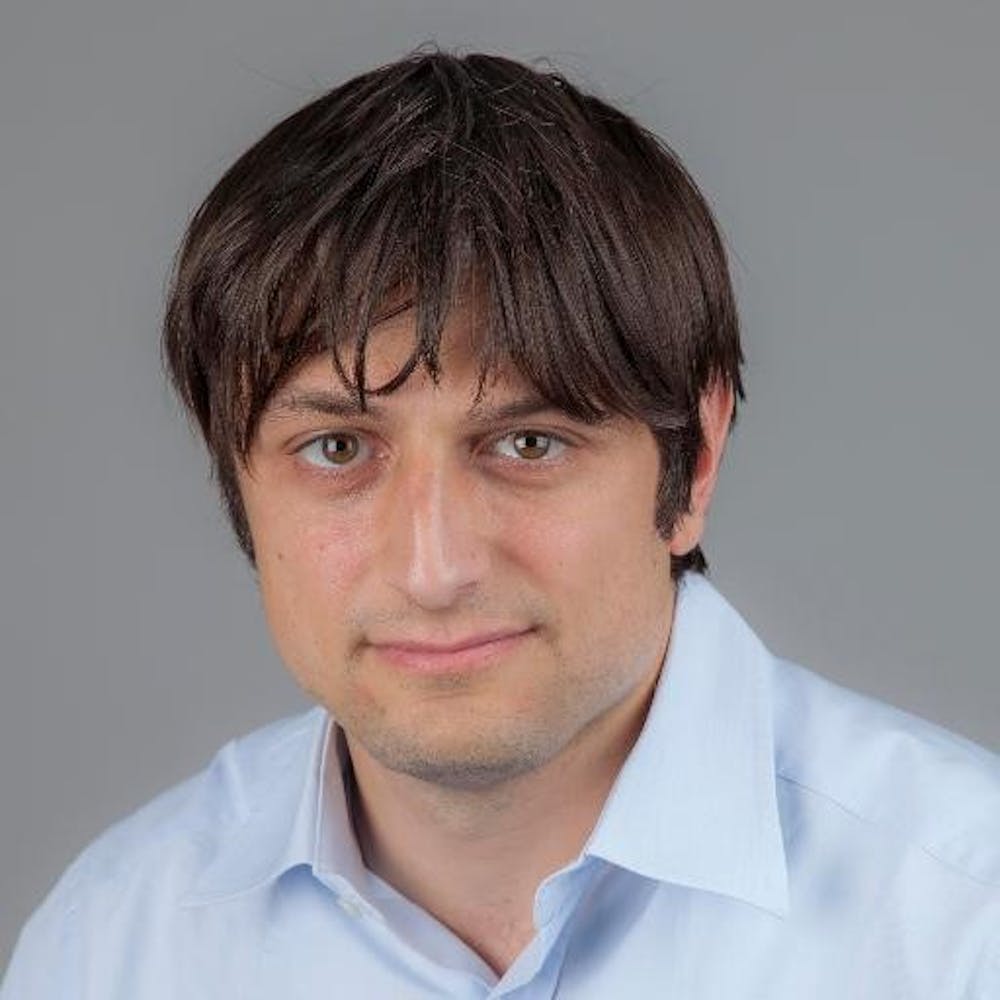 HAVERHILL, Mass. — The DPolitics reporters aren’t the only journalists covering the New Hampshire primary with Red and Blue blood in their veins.

Matt Flegenheimer, a 2011 College graduate and former Daily Pennsylvanian sports reporter, is also hard at work on the campaign trail. As a national political reporter for The New York Times, he has followed presidential candidates Jeb Bush and Ted Cruz across the country for five months. Before switching to the elections beat, Matt wrote about transportation and New York politics, which included covering the Anthony Weiner sexting scandal.

With only two days until the New Hampshire primary, the DPolitics team caught up with Flegenheimer to discuss the election, Cruz’s appeal to college students and whether Saturday night’s debate gave any candidate a boost.

Daily Pennsylvanian: So when were you officially moved to the elections beat?

Around New Hampshire with the DPolitics crew

Matt Flegenheimer: Not until this past September, around Labor Day. I was covering City Hall in New York for about a year and then was moved to national politics.

DP: And you were originally put on the Jeb Bush beat?

MF: Yes, I was on Jeb for about two months until November, when I moved over to Cruz.

DP: One of my favorite pieces of yours was an article about Jeb Bush’s sense of humor. How was the reaction to that?

MF: It was mostly positive. We try to do a few things in our coverage. The most important thing is to hold the candidates accountable and give a sense of the type of presidents they would be. This is a sketch of a candidate’s personality, which is relevant as well I would say. Sometimes readers will scoff at this kind of story and say, ‘What about their tax policy?’ — which obviously we should do as well. It was in keeping with a lot of what the Bush campaign has felt like, which is a candidate that voters really want to hear out, and there’s not only a connection that’s been made with the candidate and the audience. I found him to be very engaging actually in public settings.

DP: Were you moved because Jeb was flagging [in popularity] at that point?

MF: I don’t know. There were some expectations that we would shuffle around depending on how the field shook out. There’s still someone on Jeb — actually another Penn person, [2005 College graduate] Ashley Parker — who is fantastic.

DP: As someone who was born in New York, who has what I presume Ted Cruz would call “New York values” and who attended a very liberal school, how is it covering Ted Cruz?

MF: “New York values” became this strange episode in the whole thing, but it’s been a great thing. My own background I don’t think is particularly relevant to covering him, but it’s fascinating. He’s definitely had a surge of momentum for a while now and it felt like at the start of November, he was already starting to see some major crowds and get some endorsements in Iowa. He built a very good lead there; Trump seemed to catch up with him and then Cruz obviously prevailed. It’s interesting to cover him now because he really didn’t get the type of bounce out of Iowa that we might have expected for the person who actually won Iowa. With the attention paid to Rubio [who exceeded expectations by finishing third] and Trump’s loss, it was almost like Cruz was an afterthought despite winning the thing.

DP: At Penn, we’ve had a stronger support for Democratic candidates, though a lot of Republican candidates have received some play. We even had a Penn for Trump group for a while, yet we never had a Penn for Cruz group and at a mock election last week, Cruz received no votes. Why do you think his message may not be connecting with Penn students? Do you think he’s connecting?

MF: I don’t know. At his events, especially here in New Hampshire, there’s been a lot of young people. They have these coalitions like “Millennials for Cruz” and different campus groups. I don’t think he’s spent much time in Pennsylvania because, obviously, the primary calendar shakes out that way. There’s no question that a lot of the campus energy is behind Bernie [Sanders] or even Trump, as you described. [The Cruz campaign has] certainly made some attempts to reach out to younger voters in a few ways, like Snapchat filters and he’s a reasonably ambitious tweeter — not quite the Trump level, but still. He’ll send some tongue-in-cheek tweets and music videos from the eighties. He had a Janet Jackson video he sent out; he sort of has his own pop culture sensibility. He does a lot of impressions. There’s definitely that side of his personality so I don’t know that meshes with the average Penn student.

DP: One of the things that’s apparent, even for someone who hasn’t seen Cruz up close like you have, is that he really is a policy wonk. How apparent is that for you?

MF: For sure. He has a fluency in policy that’s just very conspicuous when you spend time with him. He was a champion debater at Princeton. He was certainly a force then and he’s relished the debate stage still and just has an incredible recall for facts, which can be very effective in that type of setting.

DP: It seems, at least from what analysts are saying, that Cruz is mailing it in for the New Hampshire primary in order to make a stronger play in South Carolina. Is that what you see?

MF: I think he could surprise people because it’s such a traffic jam in the polls right now. To the extent that we should trust polls at all, it looks like Cruz, [John] Kasich, Jeb [Bush], [Marco] Rubio [and] [Chris] Christie are all jumbled together. You could see a better showing from Cruz anyway in a state that’s more moderate, more secular. He’s spent most of his week here. He had one quick detour to South Carolina, [which is] a higher stakes state for him.

This interview has been lightly edited and condensed for clarity.