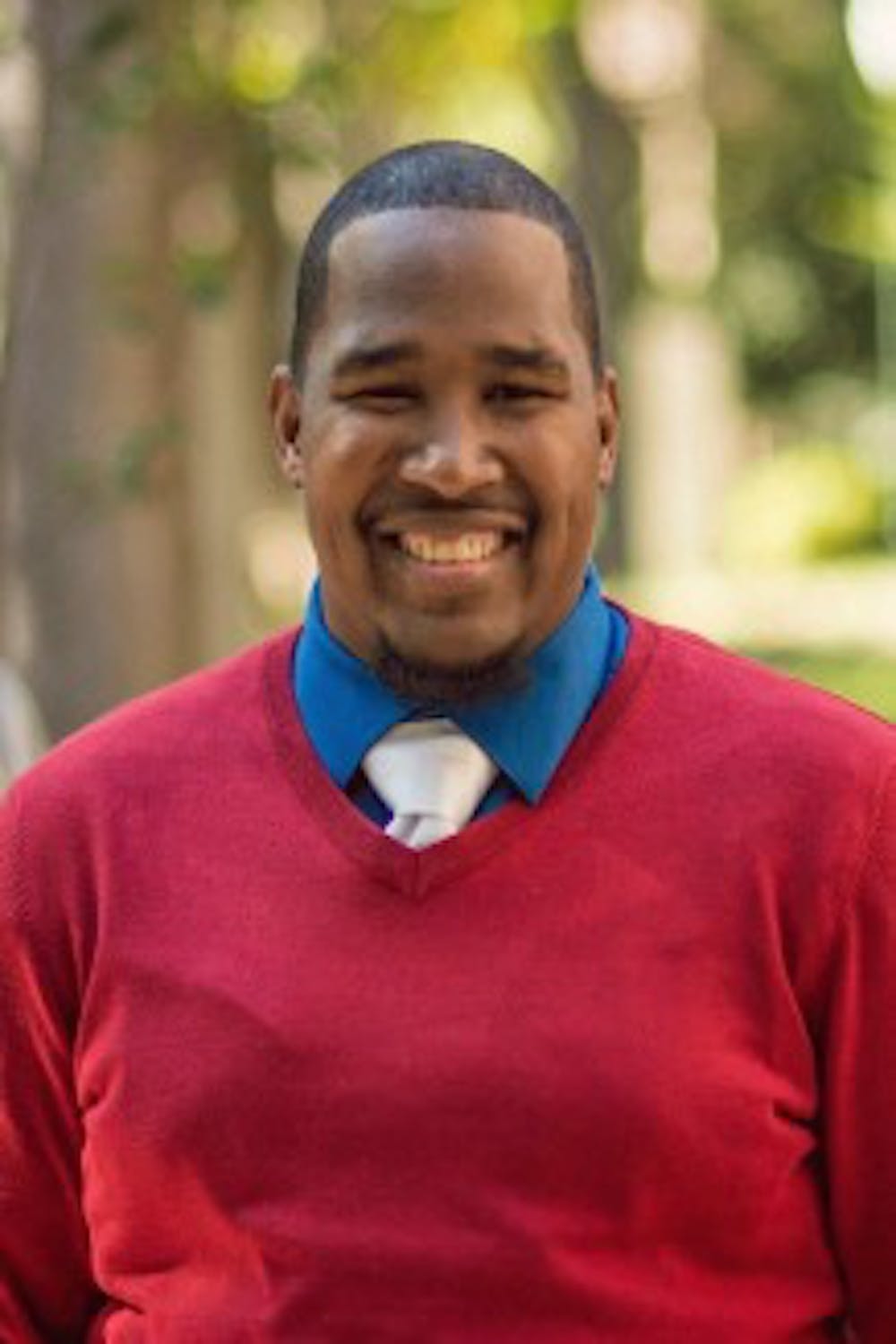 Doubt over Jones’ academic credentials arose after Onward State retracted a Jan. 14 article about Jones’ visit to Penn State. According to the retraction, he requested the blog remove all references to his Ph.D. degree from Morgan State University and affiliation with the Phi Beta Sigma fraternity from the article.

Penn State’s Interfraternity and Panhellenic councils invited Jones to speak about his upbringing and his experiences as a gay African American man rushing Phi Beta Sigma at Jackson State University in Mississippi. Throughout his speech, Jones detailed the hazing and ridicule that he was subjected to while pledging.

Director of the Office of Fraternity and Sorority Life Eddie Banks-Crosson did not respond to multiple requests for comment by email and phone. A spokesperson for the Division of the Vice Provost for University Life, which oversees OFSL, later wrote in an emailed statement, “This is a very serious matter that is under internal investigation.” VPUL declined to comment any further on the case.

Various other Greek community leaders were either unavailable for comment or declined to comment on Tuesday. Vice President for University Communications Steve MacCarthy offered no further comment Monday night and was unavailable to speak on Tuesday night.

Since the publication of Onward State’s retraction, Penn’s IFC has not been in contact with Eddie Banks-Crosson, IFC President and Wharton junior David Moore said. The IFC is unaware of their next step but maintained that it has no direct involvement in decisions regarding administrative personnel.

“However, the allegations against Kenny Jones made in the publication are certainly alarming. We await a fair and thorough investigation before taking any action,” Moore said.

In various professional and personal websites, Jones claimed to have a Ph.D. and OFSL’s Facebook page currently identifies him as “Dr. Kenny Jones,” as do various websites focusing on the Greek community.

In emails acquired by The Daily Pennsylvanian and sent by Jones to Interfraternity Council Presidents, he included the title Ph.D. in his email signature on Jan. 4 but did not in a Jan. 8 email.

Jones’ now-deleted Twitter handle, @Dr_K3nny, also made references to his dubious academic degree. A Jan. 13 tweet from @DrBPJones tagged him in a post that said, “Oh, my brother Kenny Jones @Dr_K3nny is also a DR...keep up with the Jones’ for real!”

The OFSL staff page also recently changed the biography of Jones to exclude any mention of his education. A previous version of the biography said, “Educationally, Dr. Jones holds a Bachelor of Science degree from Jackson State University, two Master’s degrees from Drexel University and a Ph.D. in Higher Education Leadership from Morgan State University.” It also said Jones had been a member of Phi Beta Sigma for over ten years. The biography that is currently posted on the OFSL page only references his undergraduate degree at Jackson State University and identifies Jones as a member of Phi Beta Sigma, but does not say he was a member for ten years.