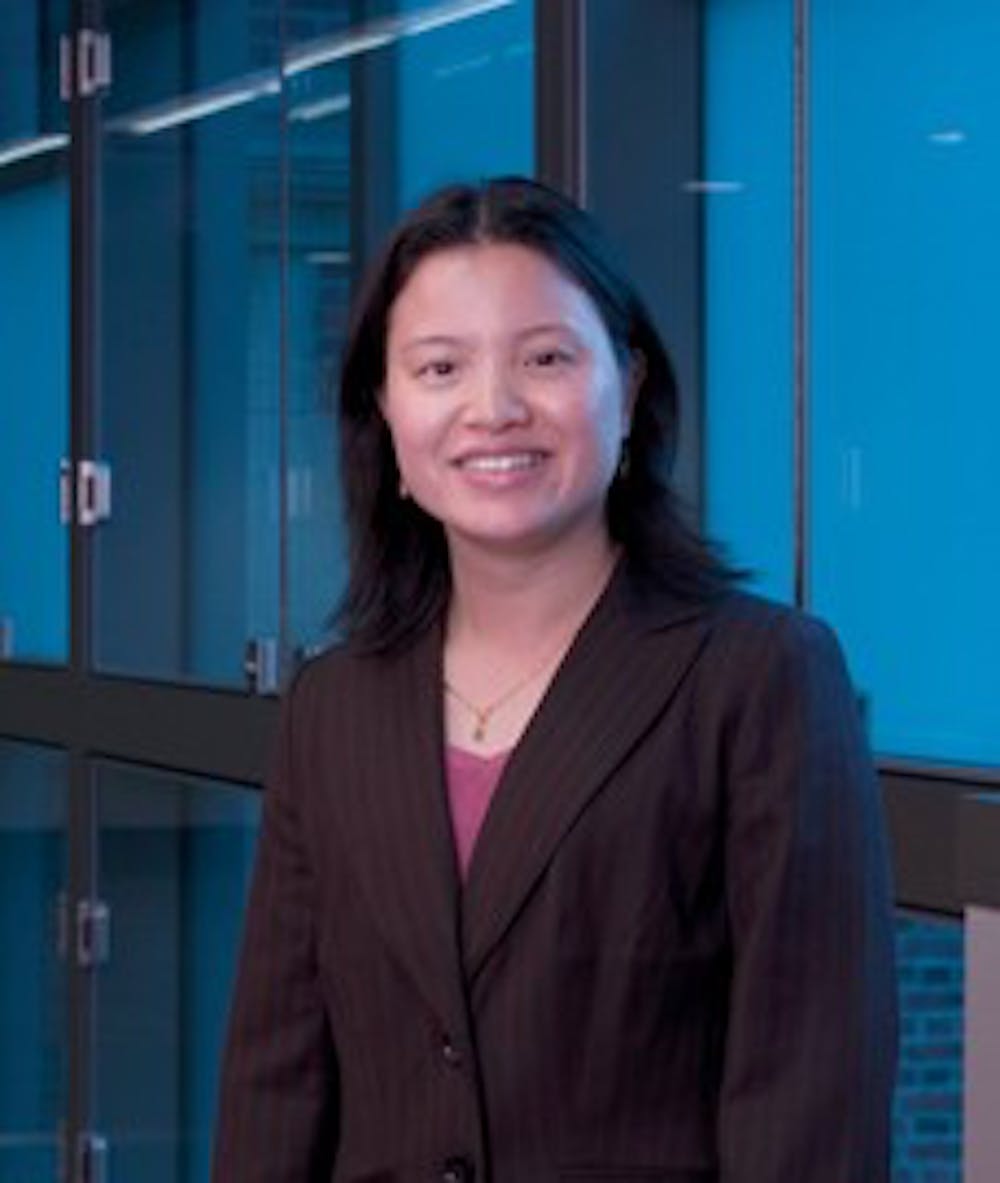 This past month, Penn professor Shu Yang and her research team made a breakthrough that hopes to bring a new solution for injuries — more specifically, concussions — to the table.

In the most simplified explanation possible, Yang of the Department of Materials Science and Engineering and her group hoped to manipulate defined materials to produce a measurable spectrum of color in relation to force. By being able to create this spectrum, people would be able to measure the degree of blunt force trauma experienced by an athlete. If the material were to be incorporated into a football helmet, for example, it would display different colors in relation to the degree of an impact.

In creating this material, Yang’s group was attempting to mimic the rainbow iridescence observed on the surface of soap bubble, opals and butterfly wings in a synthesized material.

Yang described this central question as, “If I change the structure I can change the color. If I destroy the structure, I can have it disappear. But how does one record a color?”

The material that the group ultimately selected was a form of thermal plastic that could be manipulated into maintaining the same internal structures as those of opals and other crystals. The polymer would be initially melted and solidified in a mold consisting of silica beads. Then the beads and mold were removed, leaving polymer crystals that could mimic the desired light-refracting features. Finally, the researchers applied varying amounts of force to the polymer and documented the color change.

The next question became how commercial consumers of this product would be able to measure the impact of a hit through different colors. Yang said she hopes that computer scientists at Penn would be able to help develop a cell phone app that could use the litmus scale as a reference spectrum.

Users of the app would use the iPhone camera — which is much more effective than the human eye — to capture the point of interest on the helmet of an effected individual and then determine the magnitude of the force by the scale.

“Of course,” Yang said, “this product would not replace the typical means of diagnosing a concussion ... [But] as a parent if you have a child that was hit, this material could give you the immediate peace of mind to know the severity of their injury and decide whether or not to pull the child out of the game.”

The time that it takes to transport a person to receive an MRI scan or X-ray could make a huge difference to the efficiency of the received treatment, she added. The development of helmets and other protective gear would provide results on site, potentially saving lives of athletes as well as members of the armed services.

Yang was recently named the recipient of the 2015-2016 George H. Heilmeier Faculty Award for Excellence in Research for her efforts in “pioneering the synthesis and fabrication of responsive soft materials."