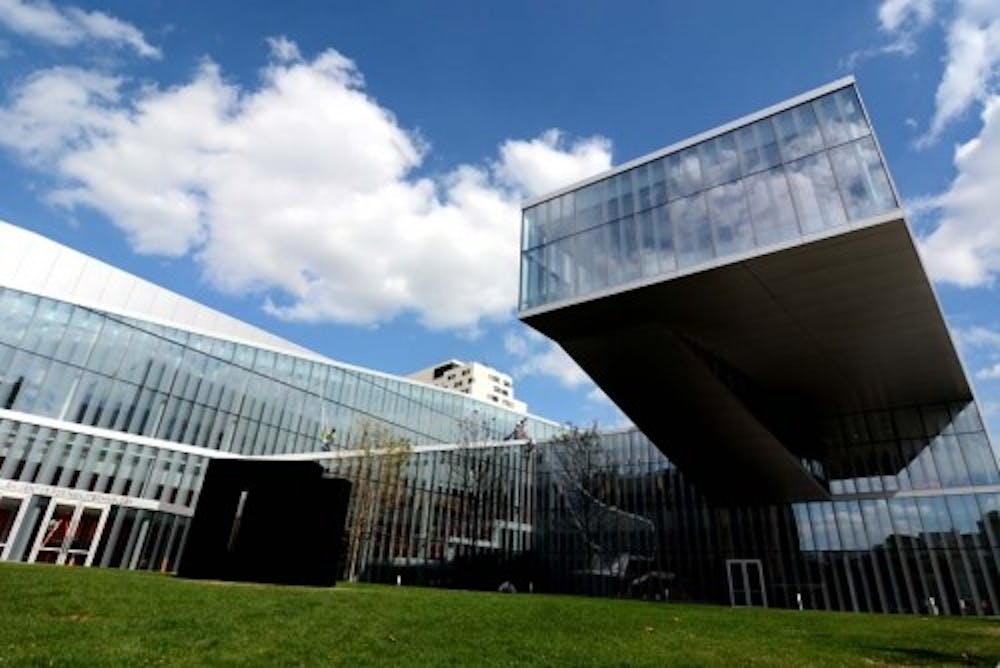 Penn’s Singh Center for Nanotechnology has been awarded a $5 million grant to establish the Mid-Atlantic Nanotechnology Hub for Research, Education & Innovation.

The hub, based in the Singh Center, is aimed at increasing access to the University’s nanotechnology facilities. It also aims to increase accessibility of nanotechnology to students and professors across Penn’s schools, as well as those not affiliated with Penn such as people who work in government, technology and academic research.

Nanotechnology is the manipulation of matter on an atomic, molecular and supramolecular scale. It supports many things from the creation of smaller biomedical implants to the advancement of televisions from giant cubes to sleek flat-screens.

Singh Center Director and Electrical and Systems Engineering professor Mark Allensaid he is most excited about bringing together nanotechnology and medicine.

“Wouldn’t it be interesting if there were devices that could allow doctors to get information from the body more easily?” he said.

The hub will also increase collaboration between academics at Penn and those who work throughout the mid-Atlantic region.

Allen said it is essential for medical doctors and scientists to discuss their findings so that nanotechnology can be directed toward medical needs. Additionally, Allen said that although technology is constantly becoming faster, smaller, cheaper and more complex, our iPhones and televisions can only become so advanced — in fact, he believes that the rapid pace of technological change may plateau.

It will be the job of not only scientists and engineers, but also of politicians and sociologists, to figure out how to move from “a society of constant change to a society where change isn’t so rapid anymore,” he said.

The grant will also benefit and hopefully inspire undergraduate students. In the spring, Allen will teach a new course, “Concepts in Micro and Nanotechnology.” The class is intended for non-specialists who are interested in nanotechnology, but don’t necessarily want to solve large equations.

In addition, the grant will allow seniors who study engineering to build nanostructures in the laboratory, an opportunity that is now primarily available to graduate students.

Allen welcomes all students to explore the Singh Center; regardless of school or major, the center is open to all.