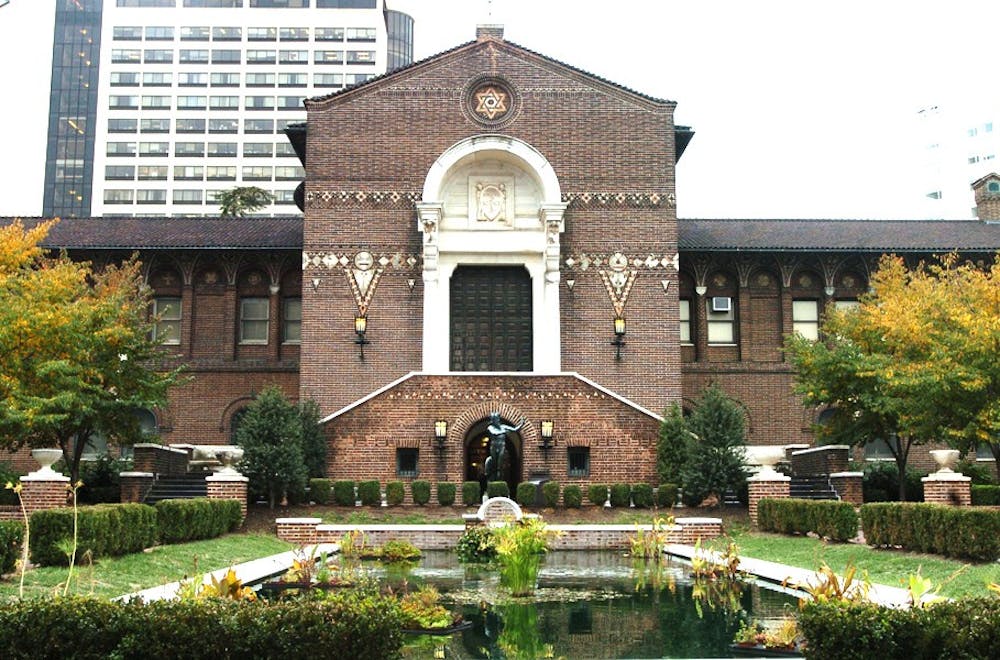 Forget Smokes — Penn's hottest social scene might become the Penn Museum (and we are not talking about a reenactment of the toga party).

This fall the Penn Museum of Archaeology and Anthropology is bringing the ancient past to the present with a variety of new exhibits and activities appealing to Penn students and Philadelphia families alike.

On certain Wednesday nights, the Museum will host P.M. @ Penn Museum: School Nights. Young adults 21 and over can grab drinks, go on scavenger hunts in the museum, watch live performances and participate in group activities. The first will be on Oct. 21. Additionally, the museum will host four happy hours, called Mummies and Martini mixers, throughout the academic year. The first, called "Drink and Dig," will be on Sept. 18.

“We have free admission for Penn students all the time, and we’ve got an amazing amount of material in our galleries and [students] should feel free to come through and explore,” Director of Exhibitions and Public Programs Kate Quinn said.

The museum will introduce three new main exhibits — "Sacred Writings: Extraordinary Texts of the Biblical World", "Sex: A History in 30 Objects" and "The Golden Age of King Midas" — as well as a World Culture Series for families, guest lecturers and parties and happy hours for young adults.

"Sacred Writings", the first of the new flagship attractions, will be on display until Nov. 8. To celebrate Pope Francis’ arrival in Philadelphia for the 2015 World Meeting of Families Congress, the exhibit features rare objects and manuscripts from the biblical Old and New Testaments.

“We know there are other museums playing up the ideas of holy writing in some way … but we have the oldest materials in the world here,” Quinn said. “It really is a once-in-a-lifetime opportunity to come in and see these materials because the chances of them coming together again and certainly for this time period…it’s not going to happen… most of these things haven’t been on display in decades,  if ever.”

The exhibit will particularly highlight a 17th century B.C.E. Sumerian cuneiform tablet chronicling the great flood, which parallels the biblical story of Noah in Genesis, and a 3rd century C.E. Greek fragment of the Gospel of St. Matthew, which is the oldest gospel fragment in North America and the second oldest in the world.

The museum will introduce "Sex: A History" shortly afterward, which will be on display from Oct. 17 to July 31, 2016. The exhibit is in conjunction with the Penn Humanities 2015-2016 Forum on Sex and the 50th anniversary of Reminder Day in Philadelphia, which commemorated the earliest organized recurring demonstrations of the LGBTQ civil rights movement in America.

By exploring the complexities of human sexuality, gender identity and gender roles and their reflections in various cultures and locations around the world, the exhibit will put 21st century notions into perspective.

On the public programs side, the Museum will be hosting programs targeting families that are also open to students. Its World Culture Series will include celebrations of Day of the Dead and Chinese New Year. International Archeology Day on Oct. 17 will be filled with immersive archeological activities and other activities such as a gameshow and obstacle course.

Throughout October, the museum will host its annual Great Lecture series, during which guest speakers visit on the first Wednesday of every month and speak about a topic relating to a special annual theme. This year's theme is the reshaping and telling of great myths and legends.