Less than a month until Primary Day, Kenney shows a strong lead in Philly mayor's race 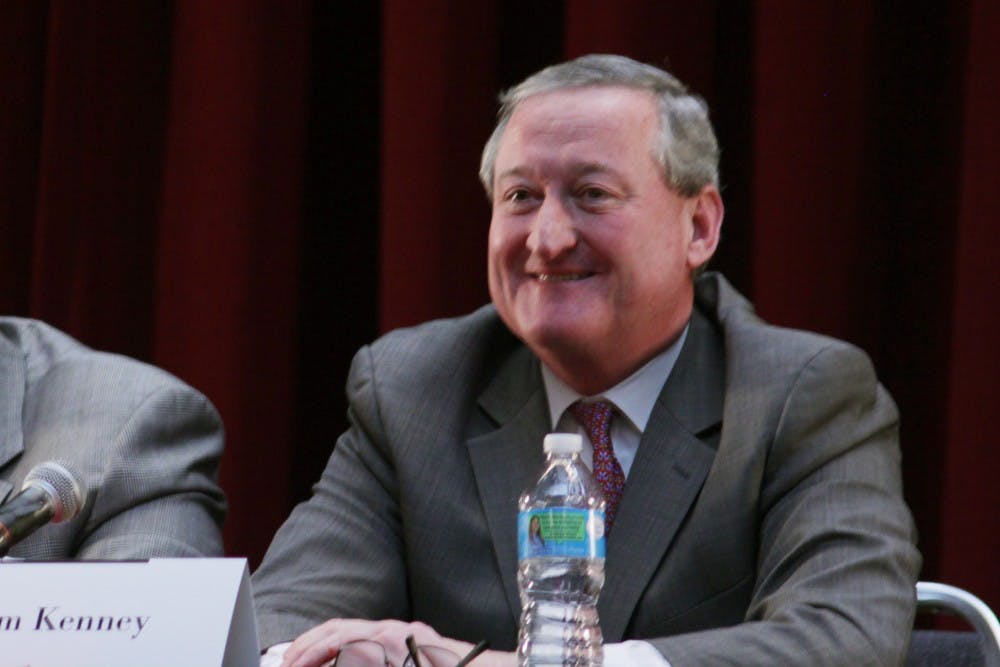 According to several recent polls, Kenney — who served as a City Councilman At-Large for 24 years before stepping down to run for mayor — has a slight advantage over the other five Democratic candidates.

A poll released on April 22 by the American Federation of State, County and Municipal Employees put Kenney in the lead with 26 percent of the vote. However, the two candidates trailing Kenney — State Sen. Anthony Williams and former District Attorney Lynne Abraham — remain in close striking distance with 25 percent and 22 percent, respectively.

More recently, Forward Philadelphia — a Political Action Committee that supports Kenney — released a poll last week with Kenney in the lead with 33 percent, Williams with 23 percent and Abraham with 18 percent.

In anticipation for the Democratic primary on May 19, Philadelphians are beginning to make up their mind on which candidate they support to succeed Mayor Michael Nutter.

“When asked why he wanted to be mayor, he told people that he wanted to move the needle of poverty in a different direction, and that’s really important to me as someone from North Philadelphia,” College sophomore Zakya Hall said of Kenney.

Hall, who plans to vote on May 19, also cited Kenney’s policies regarding criminal justice and education as factors that contributed to her decision to support the candidate.

“I spoke with many members of my family and we all support Jim Kenney, and he is in great shape to win this election,” she added.

While Kenney does have a slight lead in the polls, he has a much more decisive lead in endorsements.

According to NewsWorks’ Mayoral-Race Endorsement Tracker, Kenney leads all mayoral candidates with 28 endorsements from local leaders, interest groups and major unions, including the Philadelphia Federation of Teachers and the Philadelphia Council AFL-CIO. Williams comes in second with 14 endorsements, whereas Abraham has only one major endorsement.

However, anything can happen in the next few weeks to put either Williams or Abraham past Kenney. While PACs supporting Kenney and Williams have been airing supportive ads since March, Abraham recently spent $700,000 on television ads that will begin airing today, which could help her remain in serious contention.

Even though Kenney does hold the lead in the polls and in endorsements, it’s clear that Philadelphians haven’t completely made up their minds yet.

“For a while I had really considered [Democratic candidate] Doug Oliver,” Hall said. “But I think that when it came down to it, I just really respect Kenney and I felt that he has the best amount of experience ... and he has a proven record for fighting for issues that I am behind.”