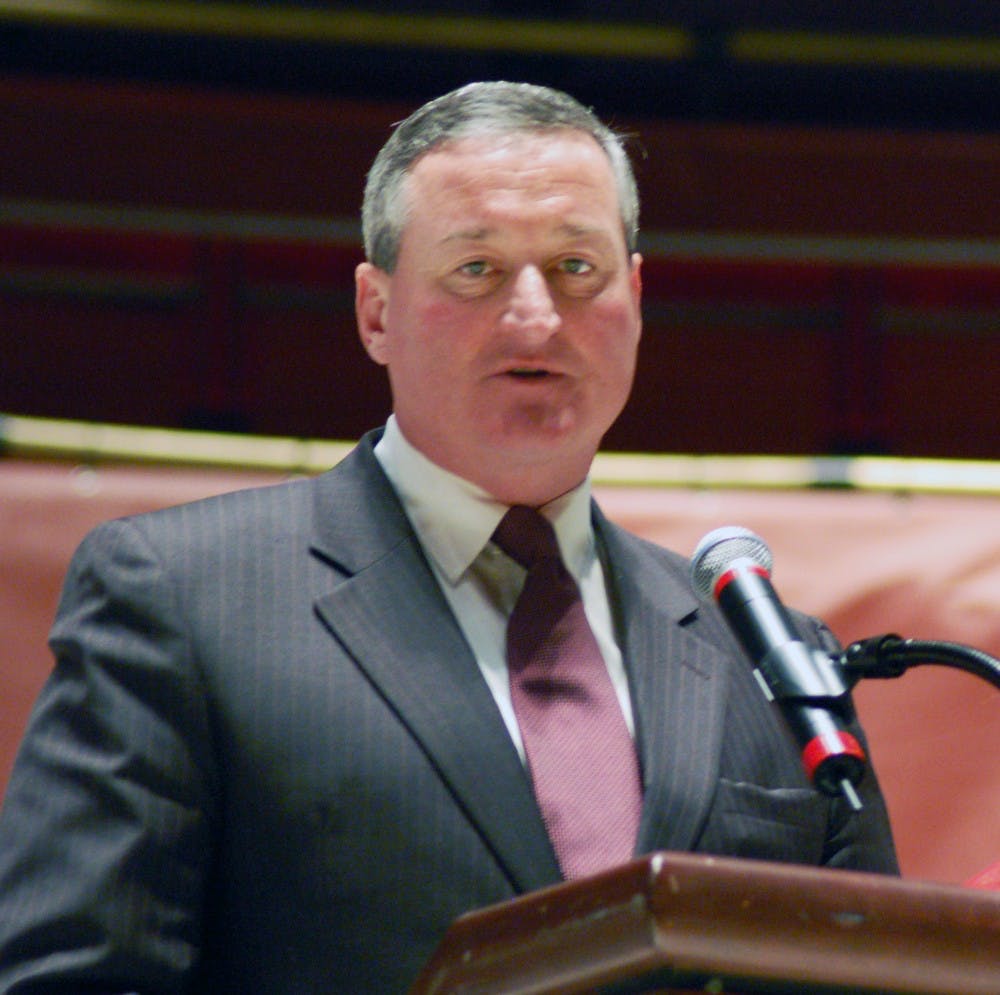 “PFT members voted overwhelmingly for Jim Kenney in our citywide referendum,” PFT President Jerry Jordan said in a press release. Kenney was chosen by PFT members at a three to one margin.

The endorsement was publicly confirmed on Monday at the John B. Kelly School in Germantown, though union members had been alerted of the news by email the previous Friday.

Jordan said in a press release that the endorsement “is not just a commitment to helping Jim Kenney get elected, but to supporting his efforts as mayor to improve public education so that today’s school children become the innovators and leaders of tomorrow.”

Kenney tweeted a response saying he is “humbled” to have the support of PFT. “We must empower our teachers if we want to create a city where every child has shot at success,” he tweeted on Monday morning.

Additionally, the Philadelphia Council of the AFL-CIO, the American Federation of Labor and Congress of Industrial Organization, the largest labor union in the city, also gave Kenney their stamp of approval. The group represents over 130,000 workers from over 100 unions, consisting of workers from the public and private sectors.

Endorsements from powerful unions like the PFT have historically provided an edge. Philadelphia’s current mayor, Michael Nutter, and previous two mayors, John Street and Ed Rendell, all received PFT support in their first term campaigns, though not all endorsements came during the Democratic primaries.

In the 2007 election, the PFT chose to endorse no candidate during the Democratic primary, but eventually supported Nutter in the general election.

Kenney’s endorsements “[don’t] mean he is going to win, but make him a very powerful, if not the most powerful candidate,” Saint Joseph’s University history professor Randall Miller said.

These “three critical endorsements” are especially key because these groups “have money and manpower,” Miller added.

The teachers’ union — consisting of 11,500 members — will be a political force in the campaign.

“Historically, the teachers’ union has been able to get their people out in terms of working the polls, sitting in the phone bank and getting literature out,” Miller said.

This voting bloc will prove a strong addition to Kenney’s Election Day coalition.

“I’m excited about Kenney because he said a lot of the right things,” said Andrew Saltz, english teacher at Paul Robeson High School for Human Services. “I respect how he’s changed his mind on some issues. He’s opened minded about what’s next.”

Saltz explained that the votes are tallied on paper ballots given to each of the members of the union — they can check one, none or even do a write-in.

For some, this election could be compared to the recent gubernatorial election where education was a top issue and teachers came out in force to vote. “A lot of teachers took Election Day as a personal day and worked the polls or went door-to-door,” Saltz said.

The Philadelphia Inquirer identified nearly 50 percent of the 9,400 PFT members who are teachers as out-of-city residents in a Feb. 19 article.

“Every single teacher needs to be strong for the whole group to be strong. A lot of people took a ballot and said ‘I need to come back to you tomorrow because I need to read up on this’,” he said.

As the elected building representative for his school, Saltz was responsible for the ballot procedures at Paul Robeson, which he facilitated by sending out email notifications and suggested readings to help colleagues make their decision.

“We had a really great democratic process and that’s a great way to get membership on board,” he said.

Despite the PFT bump, former Democratic state Sen. Anthony Hardy Williams remains the front-runner in the eyes of most observers. Kenney still lags behind Williams in fundraising totals and is fighting an uphill battle for support from the black community.

Miller, however, thinks that Williams’ fundraising edge does not disqualify Kenney. “You don’t need more than the other guy. You need enough to compete with the other guy,” he said.