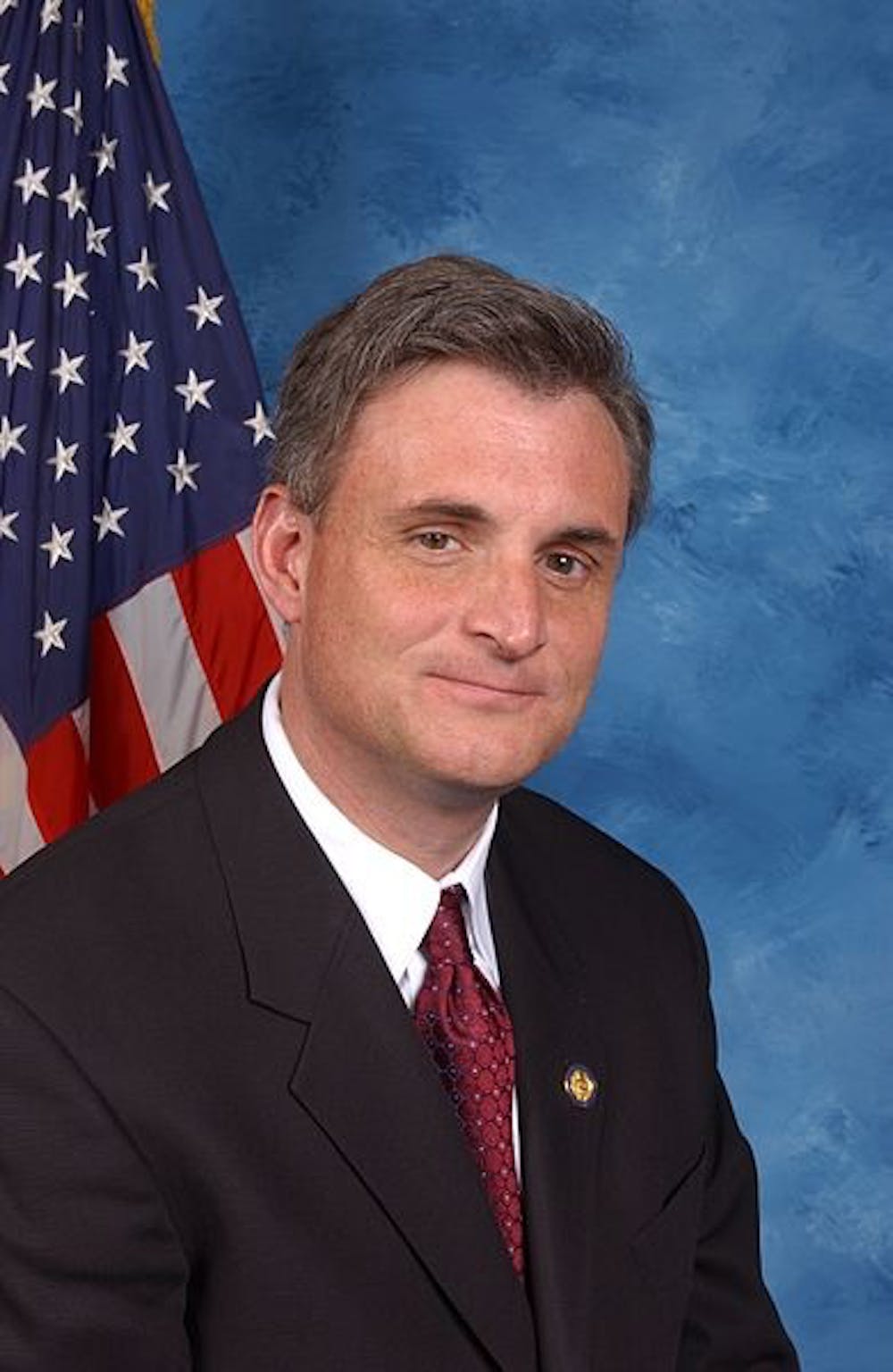 It takes a congressman to know Congress.

On Monday night former Congressman and Penn parent Rob Andrews spoke to students for the first of the Government and Politics Association’s four events this week. Andrews’ daughter, Jacquelyn, is currently a senior in the College.

Andrews retired last year from the House of Representatives, where he represented New Jersey’s first congressional district for 24 years. He said since then, he has spent much time reflecting on his political career, and the changes in the social and political climate during his tenure. Andrews talked about how current social concerns include getting women and minorities more involved in professional settings, and he showed optimism on the progress being made.

“Congressman Andrews spoke a lot about bipartisanship and taking yourself outside your comfort zone, which we at GPA really try to do when we foster dialogues between different political views,” GPA president and College sophomore Sarah Simon said. “So I really appreciate him talking about how important that is.”

When asked about financing political campaigns, something he did much of during his 24 year tenure in Congress, Andrews stressed that the source of such funding is important. While some big name companies may be willing to donate huge sums of money to one party or another, another approach to fundraising which Andrews supported is receiving small donations from many sources all across the country. Such a strategy often looks better to the general public, he said, for it keeps politicians away from the impression that they are allied with a specific business.

Andrews’ campaign funds have been called into question in the past. He resigned last February amid a House Ethics Committee investigation into his use of campaign funds. He was also named one of the most corrupt members of Congress in 2012 and 2013 by Citizens for Responsibility and Ethics in Washington.

In addition to describing the current social and political climate in America, Andrews also reminded listeners of their increasing role in society and politics going into the future. Talking about issues and expressing a desire for authorities to make changes about them are a good step, he said, but he also urged students to take action in changing their own behavior and take command as they grow into roles of greater responsibility over the coming years.

“Congressman Andrews had a lot to say about our generation for the present and the future in terms of civic engagement and improving the communities around us,” Jisoo Kim, a College freshman and GPA member, said. “It was empowering to hear from someone who has served over 20 years in Congress and has maintained a high level of expertise in a wide variety of fields.”