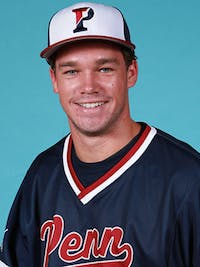 Baseball is known as “America’s national pastime,” a sport with a ton of history. However, despite the sports roots in the past, Penn baseball has set itself up for the future solid youth contingent for the 2015 season. The Red and Blue will see 10 freshmen grace the diamond of Meiklejohn Stadium this spring.

Everyone knows the old adage: If at first you don’t succeed, try, try again. Well, it wouldn’t exactly be fair to say that John Yurkow failed to succeed in his first season as the head coach of Penn baseball. 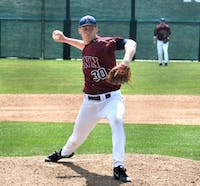 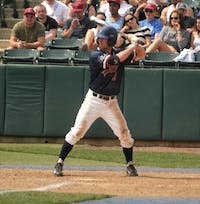 Steele | Top of the lineup will be key for Penn baseball

There’s no question that Penn baseball and its counterparts from Columbia are the two most evenly matched squads in the Ivy League this year. So how can Penn separate itself?

With the Gehrig Division title on the line, the Red and Blue split their four game series with Columbia to remain tied atop the standings and force a deciding one-game playoff next weekend.

Penn baseball rookies giving Yurkow everything he asked for

In Penn baseball’s quest for the Ivy League title, the club’s freshmen, a group that hails from all parts of the country, are more than along for the ride – the bunch has been a key driver to the team’s surprise success this season 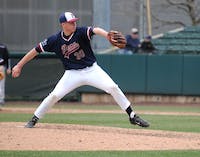 The Quakers, currently tied atop the Lou Gehrig division with Columbia, will face the defending Ivy League champion Lions this weekend in a home-and-home series to decide which club will advance to the Ivy Championship series 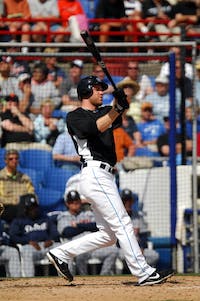 From "cant-miss" to campus: Chris Lubanski embraces life at Penn

But for a club that has been so successful as of late, the Quakers have displayed remarkable toughness and resiliency — qualities crucial to late season success. 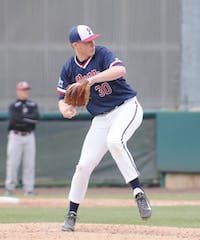 Penn baseball heads to N.J. with division crown in sight

After having its game put off by one day due to heavy downpour , Penn baseball continued its hot streak by crushing Division II USciences, 16-1.
04/14/14 8:02pm

Penn’s matchup against University of the Sciences has been postponed to Wednesday due to expected rainfall.

Tydings | Penn baseball is getting all the little things right

During Penn baseball’s Sunday doubleheader against Cornell, it was clear that the Quakers had all the fundamentals in place to let their big arms do the talking when all was said and done.