Photos: Day one of the DNC

Sweltering heat didn’t stop hundreds of protesters from surrounding SEPTA’s AT&T station on Monday afternoon, just in time for the official start of the 2016 Democratic National Convention. They held signs with phrases like “Democracy Spring” and “Bernie or Bust,” and many in the crowd called for the party to reject presumptive nominee Hillary Clinton in favor of Vermont senator Bernie Sanders as the Democratic candidate for president in November. Sanders attempted to comfort his supporters in his speech later Monday night, when he said, “we have begun a political revolution to transform America and that revolution — our revolution — continues.” Sanders, who has not formally suspended his presidential campaign, stood by his July 12 endorsement of Clinton for the Democratic nomination.

Read more of the Daily Pennsylvanian's coverage of the DNC at the DPolitics blog. 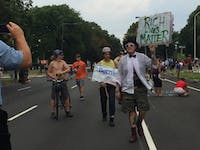 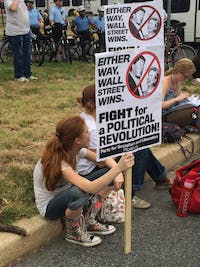 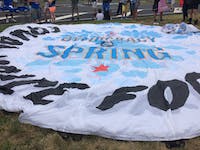 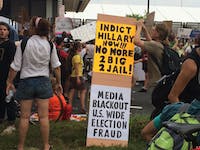 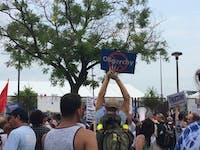