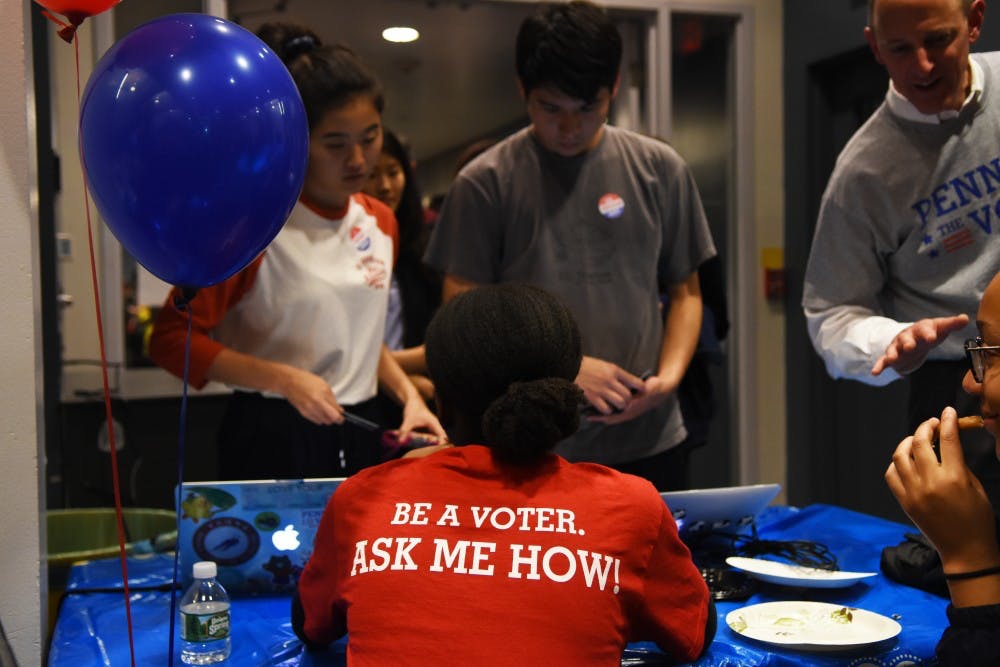 At 5:30 pm, Penn President Amy Gutmann and Provost Wendell Pritchett joined Penn Leads the Vote for an Election Day celebration in the Harnwell Rooftop Lounge. Speaking to the DP, Gutmann underscored the important of a high voter turnout on campus, saying, “I want this to show how seriously we take our right to vote. The implications are very, very clear; young people’s voices need to be heard.”

After the polls closed, Penn’s various political organizations gathered at various locations around campus to watch the results roll in.

Penn's Government and Politics Association met in the living room of the Alpha Chi Rho fraternity house to watch results. College junior Archana Upadhyay expressed her disappointment about the results in Texas's Senate race. “I was pretty hopeful about Beto O’Rourke taking that seat and flipping Texas. I’m pretty disappointed that Ted Cruz won, but I’m not really surprised.”

Around 30 members of Penn's International Affairs Association watched the night's results as well. Meeting in the Radian, many expressed dismay with Republican Ron DeSantis' victory in Florida's gubernatorial race.

At Smokey Joe’s bar, the site of the Penn College Republicans watch party, the atmosphere was less elated. Coming to terms with the Democratic Party’s victory in the House of Representatives, College Republicans interim President and College senior Richard Murphy acknowledged the night's blue wave. “Coming from a Penn perspective, seeing what I am seeing, there is a lot of anger from the left and anger does drive votes,” Murphy said.