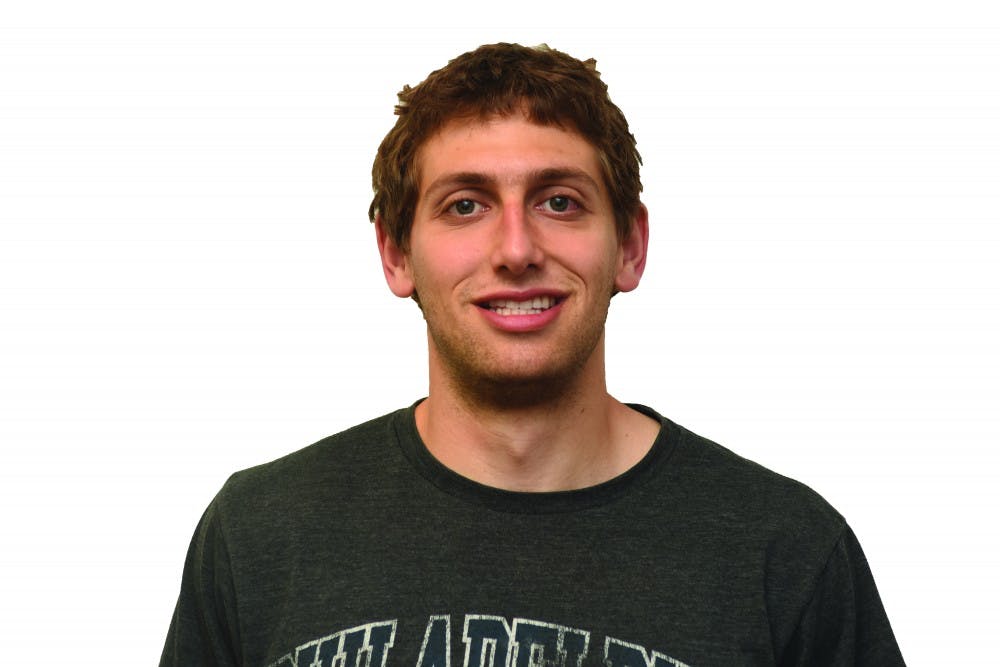 And it should be — losing hurts no matter who it happens against, but the fact the Quakers wrapped up their weekend with a loss to a team they knew they were better than is especially tough. Across sports as a whole, many athletes hate losing more than they like winning, and that holds especially true at the elite level.

Considering their 22-2 record in their past 24 conference games, these Red and Blue are elite, so it wouldn’t be surprising if the memories from their loss in New Haven stick with them as thoroughly as those from their past eight Ivy League wins this season combined.

And that’s exactly why this weekend isn’t as bad as it seems.

Steele | Despite loss, nothing changes for Penn women's basketball

While the immediate sense of disappointment in losing their shot at Ivy League perfection is obviously justifiable, this could easily turn out to be a blessing in disguise for the Quakers. As tough as it is in the short term, seeing that zero in the loss column vanish might be just what this squad needs to pick it up and dominate down the stretch of regular season and postseason play.

Even if Penn had pulled out a miracle fourth quarter comeback at Yale and stayed unblemished in the Ivy League, the past couple of days have shown that this team isn’t perfect by any means. I praised the team’s resiliency after remarkably coming back from a 16-point deficit at Brown, and every morsel of that acclaim was fully earned, but the adverse side of that is that there’s no reason the Quakers should be putting themselves in these situations to begin with.

Penn was abused in transition en route to going down 28-12 in the first quarter in Providence on Friday, and while the opening minutes weren’t quite as rough the following evening, the Quakers still gave sixth-place Yale a 12-5 headstart as the Elis’ quick passing and three-point shooting smoothly picked apart Penn’s 2-3 zone defense.

There’s something to be said about the heart required to come back and make both games competitive, but it’s equally important to come out strong and treat every minute with the same sense of urgency. This weekend, we didn’t see that emotion from Penn until it was on the verge of defeat in both contests, and it ultimately cost them in the latter affair.

Looking at the Yale loss further, Penn was undeniably outplayed, but its mistakes were largely self-inflicted. The Red and Blue lost the turnover battle 19-11 to the Bulldogs, with Yale consistently jumping into passing lanes of ill-advised passes — signs that the Quakers weren’t fully mentally engaged.

Additionally, Yale scored 34 of its points in the paint, with center Jen Berkowitz scoring 27 points on 9-for-13 field goal shooting. For a team that prides itself on its bigs as much as Mike McLaughlin’s squad does, this simply shouldn’t be possible. Whether playing 2-3 zone or the man-to-man defense that the team started to favor after Yale’s early three-point prowess, there consistently were Bulldogs finding themselves uncovered within point-blank range of the basket, which is uncharacteristic of a Penn team that entered the weekend ranked third in Division I in scoring defense.

It’s not like there were no excuses for the down performance. Though Sydney Stipanovich admirably gutted out a solid performance with 12 points and six rebounds, she has still been hampered by an ankle injury, one that likely contributed to Berkowitz’s breakout performance. The team has certainly never missed star three-point shooter Lauren Whitlatch more than it did in the second half at Yale, when Penn went 0-for-12 from downtown after going 6-for-13 in the first half en route to only scoring 18 points in the final 20 minutes.

More broadly, no matter what the personnel looks like, it’s awfully hard to win road games on back-to-back nights in this league — a conference ranked ninth nationally in RPI. Though it’s an admittedly overused statement, there really are no days off in this league, and there’s no shame in coming up short of a weekend sweep.

One of my old football coach’s favorite mantras was that “winning masks problems.” He didn’t mean that winning games meant that a team didn’t have any problems — rather, that the hidden disadvantage of victory was that winning might make a team forget that it needs to improve on its flaws going forward.

So the silver lining of Penn’s loss? There’s no way there will be anything short of 100 percent effort to fix these issues. We saw an eerily situation last year, when the Quakers were upset by fifth-place Cornell on the road for their first Ivy loss of the season. Fueled by the fire of that defeat, the team came back with three remarkable games, culminated by a historic win at Princeton, to clinch the coveted conference title.

As McLaughlin said on Saturday, “the mark of a champion is in how they respond.” Last year’s squad did that to a tee, making sure the entire nation knew its lone setback was a fluke.

The challenge is on for this year’s squad to do the same. And if this most recent loss lights a fire under the Quakers in a manner at all similar to last year’s, the rest of the Ivy League best be on watch.