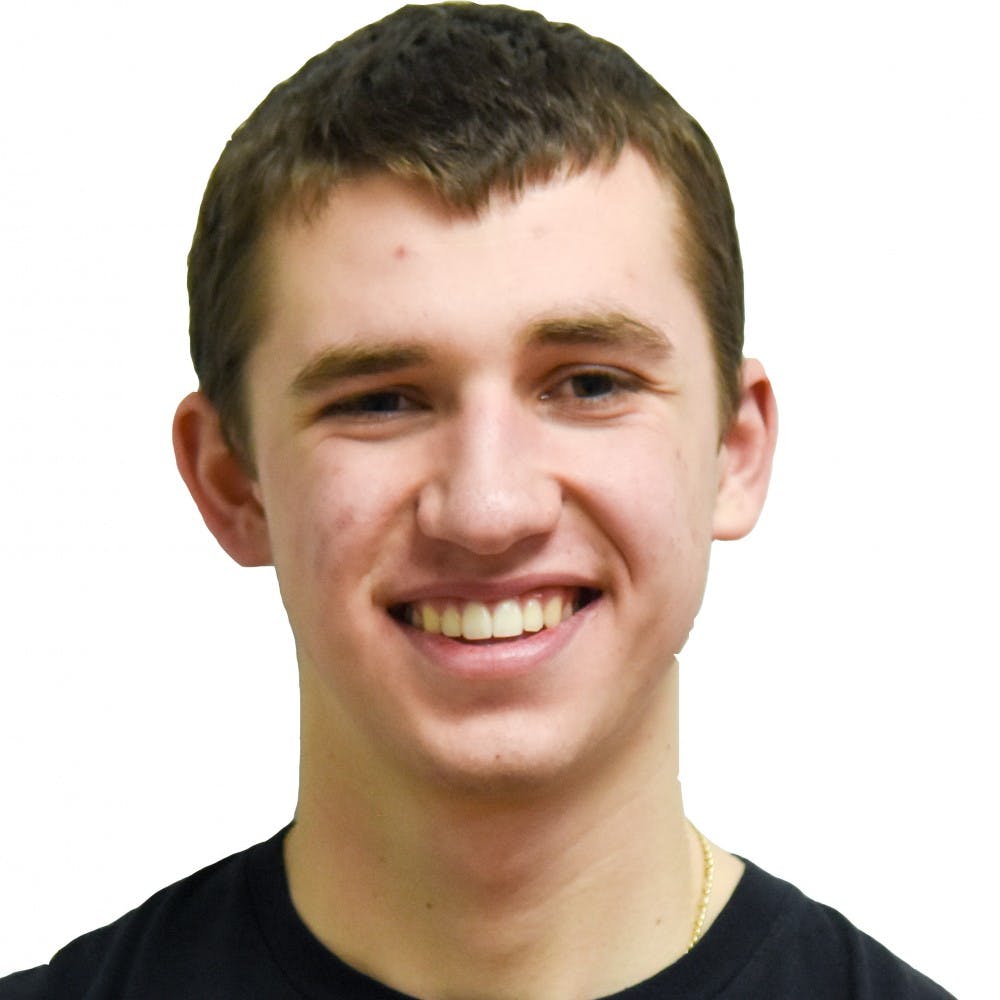 Penn women’s basketball’s dominance over the rest of the Ivy League this season has become old news. The tandem of senior center Sydney Stipanovich and junior forward Michelle Nwokedi dominate the paint game in and game out, just like everyone expected. The Quakers routinely play games where they seemingly coast to victories after leading wire-to-wire. Many of their games are never really in doubt.

This weekend’s dominance over Cornell is a prime example. A historic performance from Nwokedi, another stellar defensive effort, and another comfortable win. After the first quarter, Cornell never cut the Penn lead below seven. Everyone in the Palestra knew how the game would end by halftime, if not before.

The Columbia game went a little differently. Penn was in a slugfest that it just couldn’t break open. The Lions hung around almost the whole game, never letting the Quakers coast. The brilliance of the Quakers’ performance was that despite not playing their best game, they showed the grit and skill to still pull out the win. Great teams win even when they’re not at their best, and that’s exactly what Penn did.

Behind Nwokedi's double-double, Penn women's basketball gets redemption with comfortable win over Cornell

In European soccer, the biggest feat a team can accomplish is "the double." Dominant teams win both their domestic leagues, and the domestic cup. In women’s basketball, the analogous feat is accomplished almost annually by UConn, who consistently win both their regular season and tournament conference championships, and then top it off with an additional NCAA title.

To be clear, I am not saying the Quakers can or should be expected to compete with UConn for a national championship. The constraints of the Ivy League make that dream effectively impossible, especially since nobody else can beat the Huskies either; UConn hasn’t lost a single game since 2014. What I am suggesting is that the Quakers shouldn’t settle for success, but strive for dominance within the Ivy League.

The new tournament gives the Quakers the chance to complete the first ever Ivy double. The dominance put on display by this team warrants a conference championship. For the record, the regular season standings still define the official conference champion. It is only the Ivy League’s automatic NCAA tournament berth that is decided by its tournament.

The fact that Penn has now clinched a berth for the first ever Ivy League tournament isn’t a surprise. Even before the season started Penn was unanimously picked to win the league by the media. When a title is expected, the goal should be to complete the double. The work this team has put in and its dominance over the course of the season should be rewarded with both the Ivy League championship and a chance to make waves on a national level. A collapse in the final stages of the season would be heartbreaking. One title without the other would be a hollow victory. It would be a shame if the conference’s best team didn’t represent it on the biggest stage.

Winning the regular season title gives more immediate benefits as well. The top seed in the conference tournament means avoiding the other two Ivy powerhouses, Harvard and Princeton, in the first round. The double would mean a better seed in the NCAA tournament as well, and with it a chance at making a splash.

So, despite all the accolades and the secure tournament spot, the Quakers still have work to do before the regular season ends. Winning the regular season title will be no easy task, with Harvard and Princeton both remaining on the docket.

But the way this team has performed, the question shouldn’t be whether it will win a title — it should be how many.